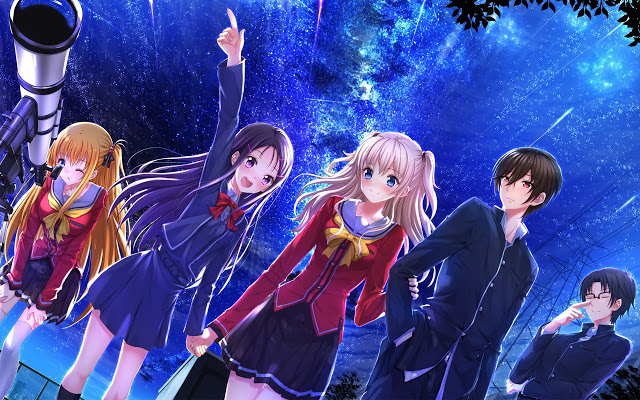 The first season of Charlotte was very well appreciated by the critics and anime fans but now everyone is eagerly waiting for charlotte Season 2. 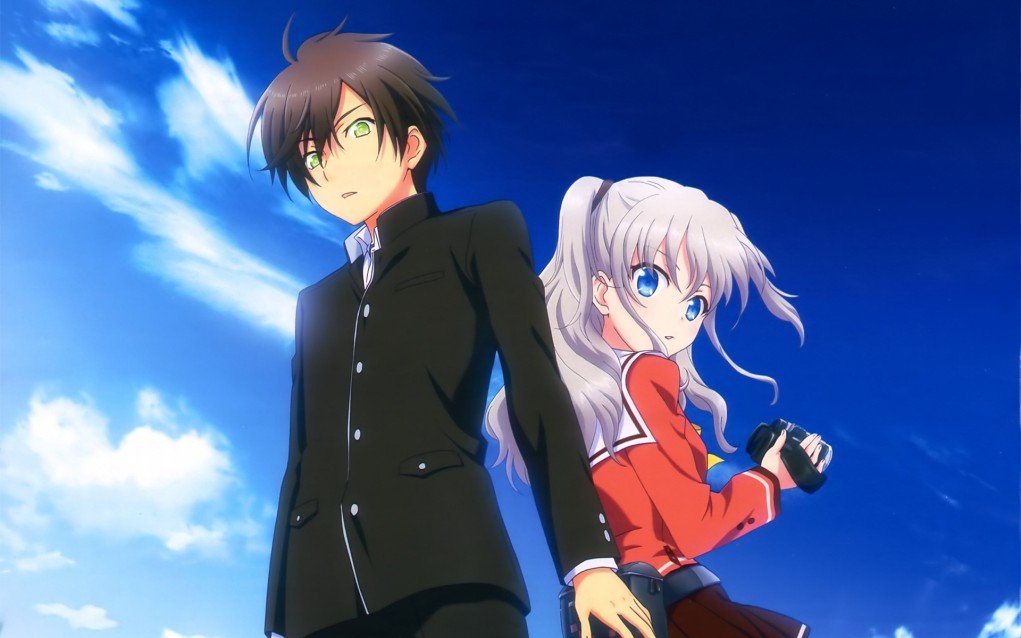 ‘Charlotte ‘ or ‘Shārotto’  is a 2015 Japanese Anime Television series that was produced by P.A.Work and Aniplex. Yoshiyuki Asai directed the show and the first season of this anime had 13 episodes that aired in Japan from July 5 and September 27, 2015. The show’s original idea was by Jun Maeda, he has also written the screenplay and composed some soundtracks for the series. After “Charlotte ‘ season 1 aired it was praised far and wide for its content and evocative moments. Even though the show’s comedy has been called dumb and corny the show is still highly been praised with an IMDb rating – 7.5/10. Here’s everything you need to know about Charlotte Season 2. 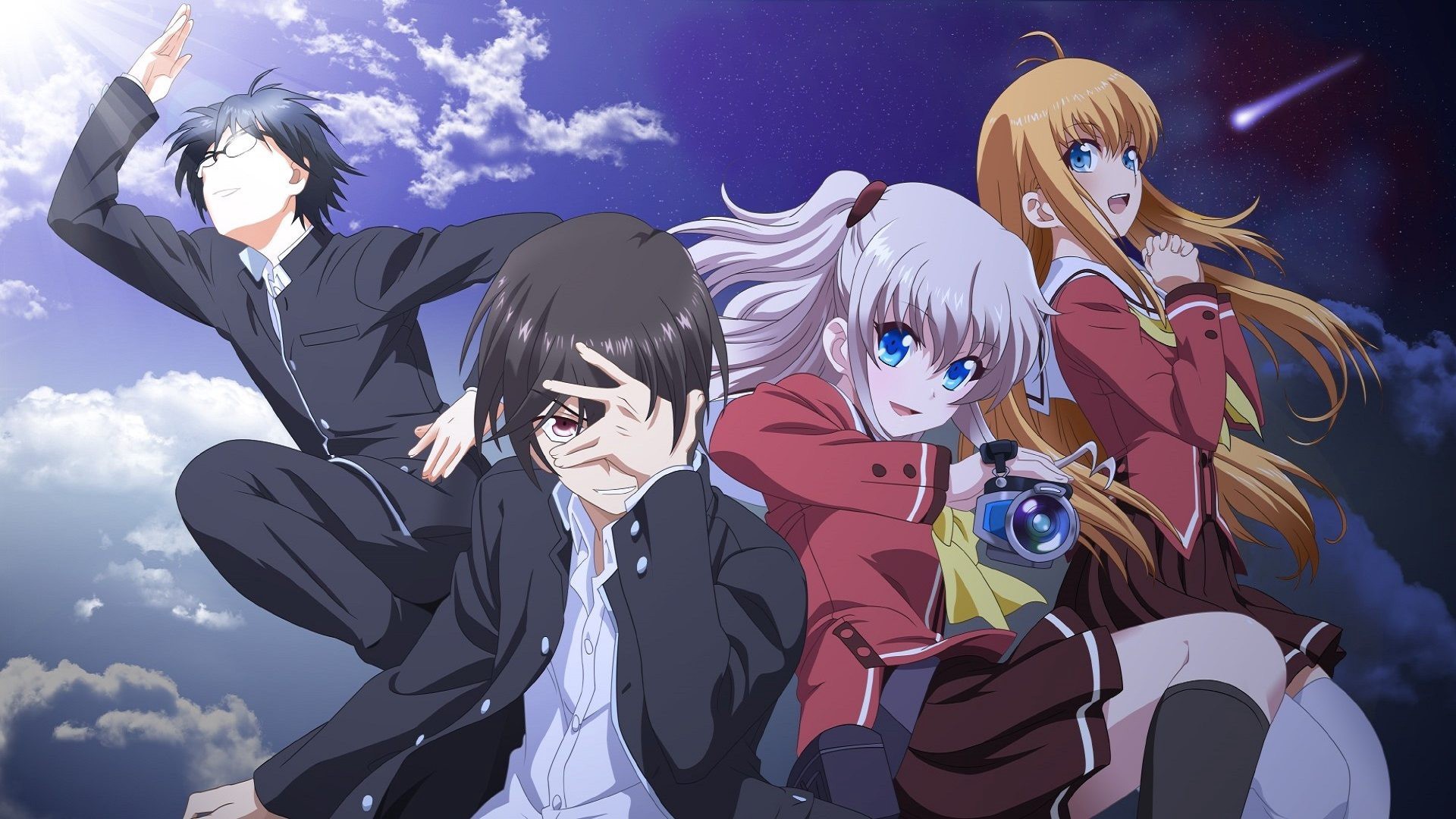 When Will The Charlotte Season 2 Be Aired?

The first season of ‘Charlotte’ was aired in July 2015 and the finale aired in September 2015. It had a total of 13 episodes, each episode had an average runtime of 25 minutes. Looking at the finale episode the content of the entire season was summed up to one episode. Based on the ending, there are high chances for not getting a Charlotte Season 2. They wrapped the first season without any significant loopholes and loose ends. Not just that Charlotte was also an original anime and it was not adapted so there is no content to get a backup. This is a rarity in the anime industry that is only possible with well-established companies like Key and P.A.  One can still consider that there is still a chance that the showrunners will go for a Charlotte Season 2, it will most likely involve completely new characters and the storyline will most likely be a spin-off. So, for now, there are no updates for the season 2 release.  We have no news about the release date of Charlotte Season 2. For now, no word has come out about the making of the Charlotte sequel. But as soon as we get any news for the release date of the second season, we will let you know first wait till then. 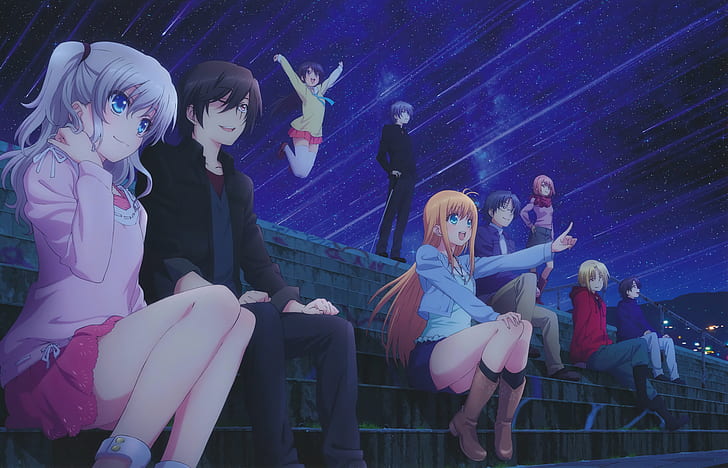 Is There A Trailer For Charlotte Season 2? 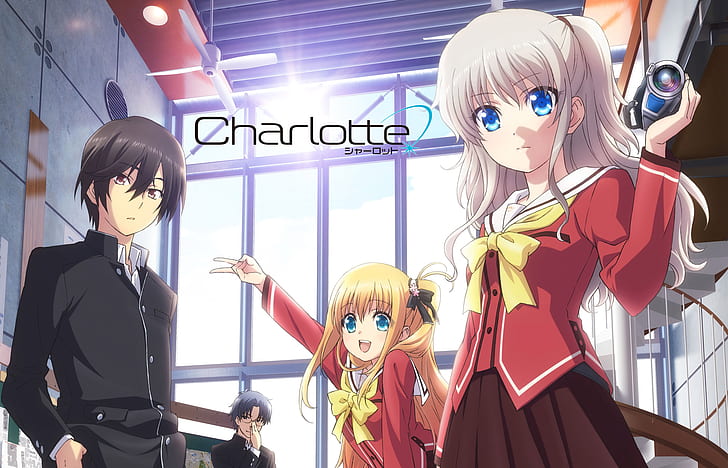 Charlotte is an original anime that does is not adapted.  The plot of the story takes place in an alternate reality where a short-span comet named Charlotte passed by Earth after 75 years. When it passed by Earth, it intended to spray some dust that results in pre-adolescents who manifest some superhuman abilities once they reach puberty. The main story focuses on the protagonist Yu Otosaka who has the ability to possess someone’s body for five seconds. He uses his ability to sail through high school smoothly and ends up being exposed by Nao Tomori, who has the ability to make herself invisible to her specific target. After being exposed, Yu is taken to Honshinoumi Academy and becomes a part of the student council. Jōjirō Takajō who is a part of the student council can move at superhuman speed. The student council’s primary goal is to ensure that the ones who possess the ability are safe and sound, and the student council warns them about the dangers of using their powers out in the open. The student council is led by a girl named Yusa Nishimori, who has the power to channel the spirits of the dead through a medium. Yusa’s elder sister Misa, who is dead, often uses this ability to possess her body, which helps her use her ability called pyrokinesis. 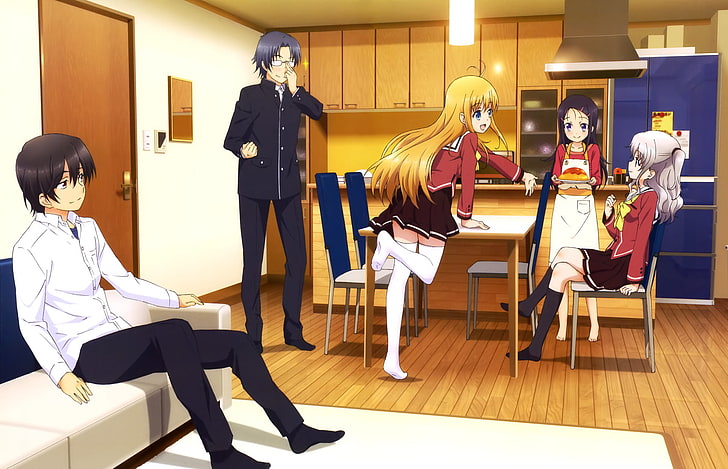 Main Character Of The Show –

About The Anime (Studio)

Charlotte a 13 episode long Anime that came in 2015. But since then 6 years have passed and there is no sign of Season 2. Original Run was from July 4, 2015 – September 26, 2015. Clannad and Angel Beats get the credit for creating the screenplay of the Anime and Jun Maeda was the author. This anime falls under the genre of Supernatural,  Comedy, School, Drama, Romance.

Moreover, we will update the blog once the news of Charlotte Season 2 is officially out. In meantime, our speculation suggests that Season 2 of Charlotte is not coming anytime soon.

On April 2, 2020, the official Angel Beats!/Charlotte Twitter account noted that the Angel Beats! anime “celebrated its 10th anniversary today”, while the Charlotte anime will be celebrating its 5th anniversary later on July 4, 2020.

“I may report on a continuation soon!?” said the official Twitter account. “Please look forward to it! The tweet did not specify which anime series would receive a continuation. The word continuation usually implies a sequel. But anime fans know that Charlotte’s ending makes Charlotte Season 2 fairly unlikely.

On May 10, 2020, a New Project Announcement Conference by visual novel company Key, Aniplex, and animation studio P.A. Works took place. Anime fans began to get excited since the official Angel Beats!/Charlotte account began advertising that a major “decision” will be made and promoted the new anime project in connection to Angel Beats! 10th anniversary and Charlotte’s 5th anniversary.

Instead of a sequel, the anniversaries for these two anime were simply being used to promote a new anime project called The Day I Became a God (Kami-sama ni Natta Hi). As expected, the new project involved the production team behind Angel Beats! as a collaboration between Key, Aniplex, and P.A. Work

Hopefully, the same could still happen in the future for the Charlotte anime series. And the anime’s anniversary still has not happened, yet.