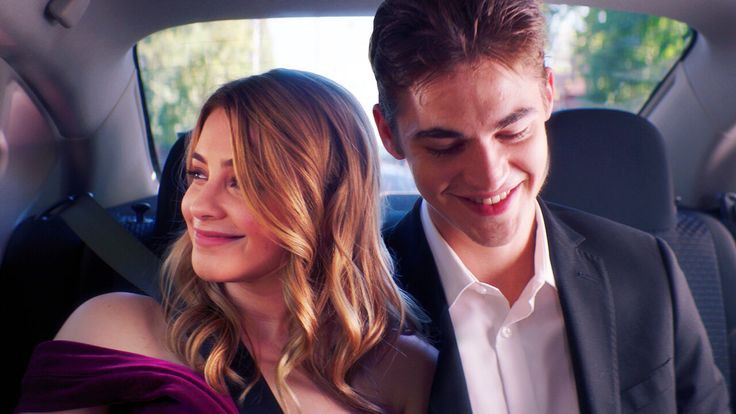 Josephine Langford and Hero Fiennes Tiffin: Are they Dating?

What are their thoughts?

Lanford likes to keep her life private, she also has mentioned that in some of her interviews. She put herself in the category of overthinkers. The trait of being an overthinker controls her social life. She doesn’t like to socialize because of the fear of exposing too much. She for that reason prefers to keep her life private. She is an interview with Refinery29 has mentioned her insecurity with social life. She says that she wants to be herself and honest but also does not want to feel uncomfortable and exposed at the same time. Besides, the rumors about her dating the Hero have gained her attention too. She is an interview, regarding the rumors mentioned that the fans like the on-screen chemistry of both the actors so they want them together in real life also.

In an interview with Elle, Tiffin has said that he is single and never has entered into a proper relationship with anyone. He had also clarified by stating that he has never had a girl he could call his girlfriend. On the other side, both Langford and Tiffin have nothing concrete enough to conclude that they are together or in any other relationship on their Instagram handles or in an interview.

In an interview with Stylecaster, the actor has responded that she does not want to be in a relationship like Tessa and Hardin. She wants a normal relationship, totally different from the roller-coaster relationship of Hardin and Tessa. According to her, a relationship should be simple and easy, unlike on-screen couples. That’s not an ideal relationship in her eyes. However, she didn’t say anything about her dating Tiffin.

Josephine Langford and Hero Fiennes Tiffin: Are they dating in real life?

The chemistry between Josephine Langford and Hero Fiennes Tiffin is something that is the reason people want them together. However, there is nothing confirmed from the side of both the actors. Josephine Langford and Hero Fiennes Tiffin are young and concluded their relationship as just friends. In an interview in October 2020 by Entertainment Tonight, Tiffin said that the two were just good friends’. According to some fans, Josephine Langford and Hero Fiennes Tiffinare claiming themselves as friends of each other just to brush off the rumors. For fans, all these things are just to confuse fans, if they both were found out dating in real life that won’t be a surprise for fans. However, as the actors have nothing confirmed regarding their being together, it can be said that both are just good friends and nothing more.

Hero Fiennes is an English actor. He is quite famous for the role he played as the 11-years-old Tom Marvolo Riddle in the sixth part of the Harry Potter series of films. He had his role played in Harry Potter and the Half-Blood Prince (2009) and as Hardin Scott in the film After (2019) and After We Collided (2020). He has also appeared in the drama, Bigga Than Ben (2008) as Spartak, which was his debut in films. He had completed his study at Emanuel School in Battersea, London. He lives in South London with his mother and siblings.

Josephine Langford is an Australian Actress. She is known for her role in the “After” Movie series. She was born in Perth, Western Australia, and raised in Applecross. Her parents are Doctors and her sister is an actress. She started taking acting classes at Perth Film School. She from the age of 14 has been appeared in so many short films such as Sex Ed (2013), When Separating (2013), and Gypsy Blood ( 2014). She made her debut in film with Pulse (2017), the film was screened at film festivals. She had played many roles in between but she was loved for the role she played in the After series as Tessa.

About the “After” series

The film is an adaptation of the novel series written by Anna Todd. The writer has also written for the script of adaptation. the story of the film revolves around Tessa Young, played by Josephine Langford. She is a college freshman who falls in love with his roommate’s friend Hardin Scott, played by Hero Fiennes Tiffin. Two series have been released named After and its sequel After We Collided. There have been two more sequels to come for the same series named After We Fell and After Ever Happy. Both the films are currently under development. Besides, the chemistry of actors has been liked by people so much, the fans can experience their passionate chemistry only on-screen.