Dogecoin can reach up to $1? SHOCKING NEWS!! Here how you can invest! 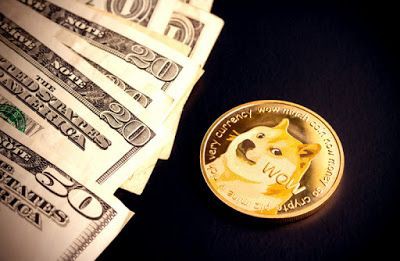 Will Dogecoin can reach up to $1?

Dogecoins, which was started just as a joke before Elon Musk and Snoop Dogg tweeted something about it. The coin was introduced in 2013. Dogecoin is one of the trending cryptocurrencies. This currency is very well to buy it.

The coin is getting more famous in the world of crypto space. It has been predicted by the experts that Dogecoin is going to be a high-value buy. But recently the growth of crypto coins is going down because of the turmoil, as there is a lack of Dogethereum. Dogethereum is a bridge between Dogecoin and ether chains.

So that the project has the potential to grow. Dogecoins aims to become the default crypto for merchant payments this year itself hopefully. If things go as per the plan it could lead to greater gains. However, after the live demo of Dogethereum, the adoption rate of Dogecoin has increased. will Dogecoin can reach up to $1? know below:

What is a Dogecoin (DOGE)?

The Dogecoin was launched in 2013 and is still around in 2021. The time is quite long for the world of cryptocurrencies and DOGE has achieved the legitimacy and credibility that other coins don’t have. It came under the list of top 30 cryptocurrencies by market capitalization.

The coin was launched by Billy Markus. Who was an engineer at International Business Machines Corporation? He has created the cryptocurrency along with Adobe Inc. engineer Jackson Palmer. However, Markus working as a software engineer at an educational company in the bay area, he shared that with Bloomberg. Know more about Dogecoin can reach up to $1 below:

Dogecoin can reach up to $1:

Doge coins Co-founder Billy Markus in an open letter on Reddit has addressed the heightened interest for his coins which he started as a joke. “I’m half detached, but, weirdly, something I made in a few hours is now part of internet culture,” the Dogecoin co-founder, who left the project back in 2015, told this Bloomberg. He also addresses the involvement of Elon Musk, “It’s amusing to see Elon Musk talk about it. It feels silly, but there’s this huge upwelling behind it,” Markus said.

However, the engagement of Elon Musk with Dogecoin in his tweets is the biggest reason for the hiked price of Dogecoins.

If Dogecoin can reach up to $1, it would take its market capitalization above that of actual companies that are providing the services to millions like Boeing BA, Starbucks Corp. American Express Company and his former employer IBM, addressed by Markus.

“Does Dogecoin deserve that Dogecoin can reach up to $1? That is not something I can comprehend, let alone answer,” Markus said.

However, some of the Quora users have some mixed reviews regarding the topic as one of the users said that he doesn’t see this asset going to the moon, let alone $1. He also said that he had found the Dogecoin community very loyal and fun to a group of people, but I do not believe this project was ever meant to solve industry problems.

Another user said that there is a chance that Dogecoins might reach a good aim in the coming months or two.

Dogecoins is a cryptocurrency, and it is highly volatile and prone to large surges and big dips like all other cryptocurrencies. The history of the coin was quite turbulent, the coin after a long time of its launch got recognized and gained immense attention.

The coin gets immense attention from social media as the coin is meme-based. In 2018 the hiped has raised the market demand for Dogecoins. The coin has reached high and has hit a market cap of over 2.0 billion dollars.

Besides that, the coins also got some more media attention in early 2021 on the back of the wallstreetbets GameStop phenomenon. This new trend has gained the attention of some new traders.

The subreddit account of Dogecoins does not only give you an update about the coins but also is quite hilarious to follow. The users of Dogecoins do take the responsibility of marketing the coins in their own hands. In 2021 number of users of the coins successfully advertised the Dogecoins on billboards around the United States.

Along with memes and jokes the community also organized some serious events such as fundraisers. If the fundraiser of the Dogecoins completes successfully, the chances of getting a positive price rise can be expected for Doge. As the community is positively working for the fundraiser along with popularizing it if things get right the result for the demands of the coins can reach the moon.

Besides, celebrities talking about the coins have given hype to it. Elon Musk has been a long-time supporter of it. His tweets have affected the world of cryptocurrency. All his tweets have uplifted the price of dogecoins and have brought the currency into the eyes of people. will Dogecoin can reach up to $1 in the future?