Gadgetsblog
HomeBusinessPs4 Latest Update And Speciality About The New Firm!!!! 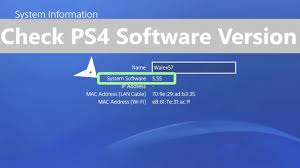 Ps4 Latest Update And Speciality About The New Firm!!!!

Ps4 system software update 7.55 where the update to the system for PlayStation 4 system was released on August 26, 2020, with a new version of 7.55 where the version is already updated and notification also seen for the update. 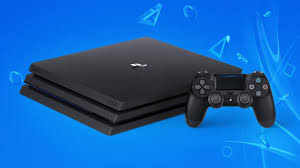 Sony has released a new system update for PlayStation 4with minimal patch notes. The update comes as a surprise to some users as the company planned a new update of its next-generation gaming console, play staion5 where we can see it soon on the line.

The PlayStation users need to download this latest firmware before they head online and continue gaming console with the latest version and all. The update isn’t a major one where it didn’t require much time where around 470mb is downloaded in a few minutes, although the installation process may take a while. 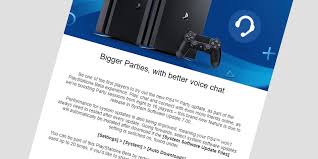 How To Download And Install The PS4 7.51 Update Manually?

Coming to the update installation and all follow the procedure where you can get the information clearly with simple steps.

In case you didn’t receive the notification or the PlayStation didn’t update automatically then follow the steps: 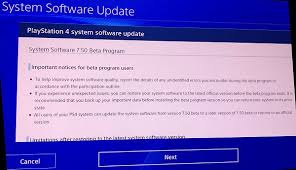 step-1: go to your ps4 settings

step-3: the console will now start searching for the updates and displays on the screen where you can choose in them which can improve the version with its latest updates and features.

Concluding my article by saying that players got a really good chance where you guys can get the oppu=rtunity to make you busy in this pandemic.