Gadgetsblog
HomeHollywoodThe Broadcast legend and Emmy winner Larry King is struggling to heal from the sudden death of his two children within a matter of weeks! 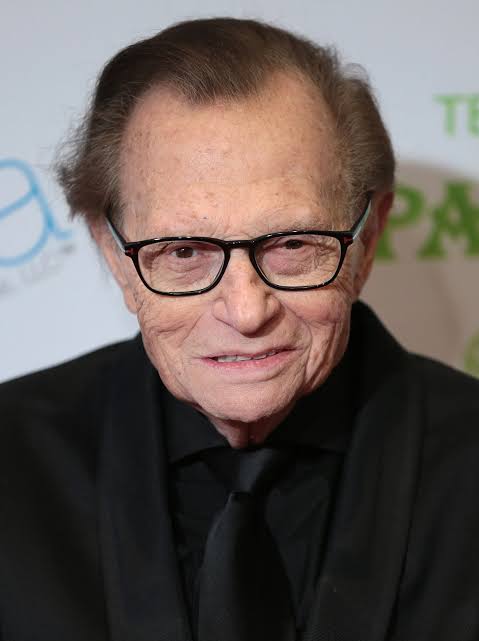 The Broadcast legend and Emmy winner Larry King is struggling to heal from the sudden death of his two children within a matter of weeks!

Larry King is widely known for his career as a popular broadcaster and has even been titled as a legend. However, just like everybody else, 2020 has not been the year for Larry due to various other reasons that has put him in shock and left him devastated.

Larry king declared a news which has become the reason why he is mourning. Larry told the world that his two children, Andy King and Chaia King who are of the age 65 and 51, respectively, have passed away. The two did not have enough gap between their deaths to help allow Larry to heal. The older one, Andy King died on July 28th and just within weeks of his death, Chaia, the younger one could not survive either.

The news about the unfortunate deaths of Larry King’s two children was announced by himself on Facebook in a statement that expressed the heartbreak that Larry was going through and acknowledged his children’s kindness and their good hearts. Larry also expressed how deeply his children will be missed along with another statement which indicated the cause of their death. Larry expressed how untimely his son, Andy’s death was due to a sudden heart attack that he had experienced in July. Along with that, he also shared how his daughter, Chaia, died due to lung cancer which was diagnosed not long ago.

Larry King has been talked about previously regarding his love with Alene Akins back in 1961 when the two got married. However, this was not the first time that they did so. The two got back together after their 1963 split in 1967. But, their relationship could once again not last long as the two announced their divorce once and for all in 1972. Andy got married a total 8 times amongst which he got married to the same woman twice.

Both his children, Andy and Chaia have the same mother, Alene Akins. However, Andy was adopted by Larry when he got married to Alene for the first time. Chaia was Larry and Alene’s love child during their second marriage.

It was in 1997 that the “Larry King Live” show host opened up about his divorce with Alene in a book which also made Chaia a part of it. The book was made to express the different perspectives of divorce that one has from a daughter’s point of view and a partner’s point of view. The book was titled, ‘Daddy Day, Daughter Day.’