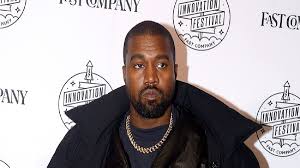 Who Is Jared Kushner?

Jared Kushner is an American investor, real-estate developer, and senior advisor to his father-in-law “DONALD TRUMP” the president of the united states who is also a news publisher. 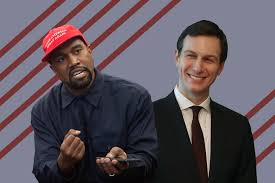 Who Is Kanye west??

Kanye West is nowadays becoming a famous personality where we can see his name once in a while in the news who is an American rapper, record producer, and fashion designer. West is known as a producer for ROC-A-FELLA records in the early 2000s.

What Happened Between Them???

Jared Kushner met Kanye west formally for discussing some books and spoke about some issues of United States politics which lead to cover all eyes on them because Kanye is recently in news because of his issues and many are thinking as if Kanye can come into politics…For all their queries recently Kanye and Jared met where Jared recently confirmed it! 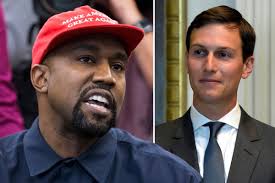 According to the information from Kanye west; they both talked about books and Kanye shared his ideas about politics and issues which can Jared.

Jared Kushner stated that they met friendly where the conversation covered many issues and topics and time ran away like the wind.

Why Kanye Wants To Give An Interview? 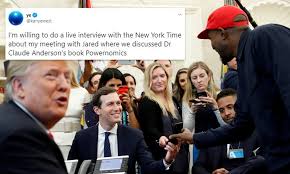 Jared Kushner and Kanye west are in trending in the news where Kanye tweeted in his twitter to “new york times” about giving an interview to them and clarifying all the doubts about Jared and Kanye’s meeting.