Gadgetsblog
HomeAnimeAnime fans are loving the comeback season of Food Wars!: Shokugeki no Soma; Read out to find out more... 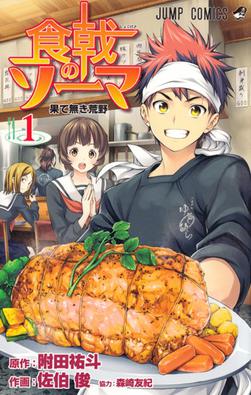 Anime fans are loving the comeback season of Food Wars!: Shokugeki no Soma; Read out to find out more…

The fifth and last season of Food Wars!: Shokugeki no Soma anime television series has got some news for us.

This show was produced by J.C.Staff and directed by Yoshitomo Yonetani. The series was first broadcast in Japan on Tokyo MX and premiered on April 11, 2020. On April 17, 2020, it was announced that after episode two, the remaining ones of this season would be delayed until further notice due to the coronavirus outbreak.

To summarise the plot for you, there’s Soma Yukihira, son of the owner of a small eatery in Japan. For his age, he is a very talented person able to easily come up with new dishes; sometimes they are really weird combinations using ingredients no one would even think of. One day the owner of the eatery, Soma’s father, quits the family business to work with his friend. Thus, leaving the restaurant on the verge of shutting down. To improve his cooking skills and save the restaurant, he begins studying at Engetsu Teahouse Culinary Academy, Japan’s top culinary academy. The problem is that only a few are able to graduate from here. Will Soma manages to do it is the question.

After “Shokugeki No Soma: The Fifth Plate” aired its debut episode on Friday, April 10, fans were eagerly waiting for the BLUE Tournament arc. However, due to the pandemic, an announcement was made that “Food Wars!” Season 5 Episode 3 and beyond will face a delay. Later, the makers of the show stated on Tuesday, May 12 that “Food Wars!” Season 5 Episode 3 will air in July. The show will kick start with the third episode. Once the date is set, they will provide the new broadcast and stream all other information on their official website as well as Twitter.

“We sincerely apologize for all the inconvenience and disappointment this has caused. Thank you for your continuous support and kind understanding,” read the official statement. It has also revealed that the air-date for episode 3 will be mentioned later.

In other news, BS11 and Tokyo MX are broadcasting the episodes from the fourth season – “Food Wars! Shokugeki no Soma: The Fourth Plate.”