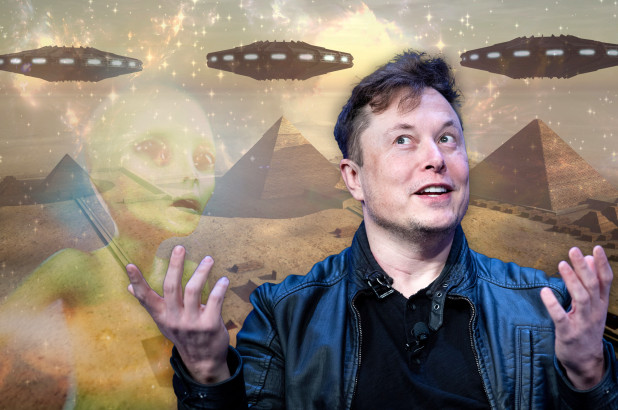 How SpaceX CEO recieved an invitation from Egypt minister to visit pyramids.

Elon musk wacky tweets are quite popular. His tweets on global phenomena have often created huge controversies among the people because of their absurd and whimsical nature. But the man hardly seems to care about them.

In a recent interview, Musk has agreed that his tweets are often dumb and meaningless sometimes. But that is not the reason not to put his ideas out there. And we never know what he might lead into with that tweets.

look at his statement.

Recently, spaces and Telsa owner Elon musk had made a tweet on great pyramids of Egypt, saying that aliens build them.

Although this message is short, later, he supported and justified his claim with other tweets saying how the pyramids are built three thousand eight hundred years, mostly emphasizing the number and tagging along with Wikipedia article. 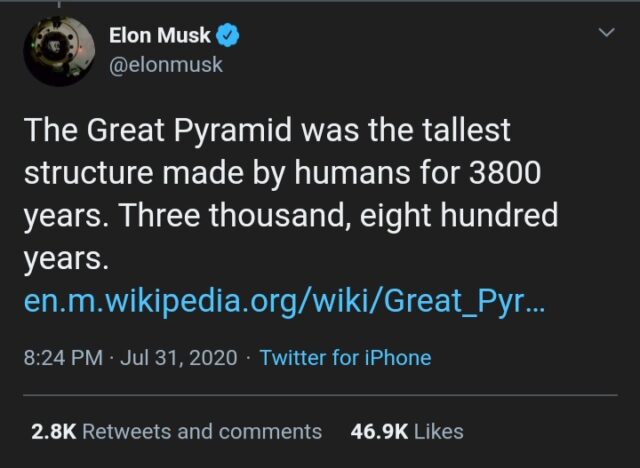 His tweet drew plenty of criticism from the masses and even attracted the attention of the Egyptian minister to visit the monuments himself.

Egyptian Minister of  International Co-operation, Rania Al-Mashat, responded to elon’s tweet in a quirky manner telling him to visit the tombs himself and study how Egypt ancients built them. 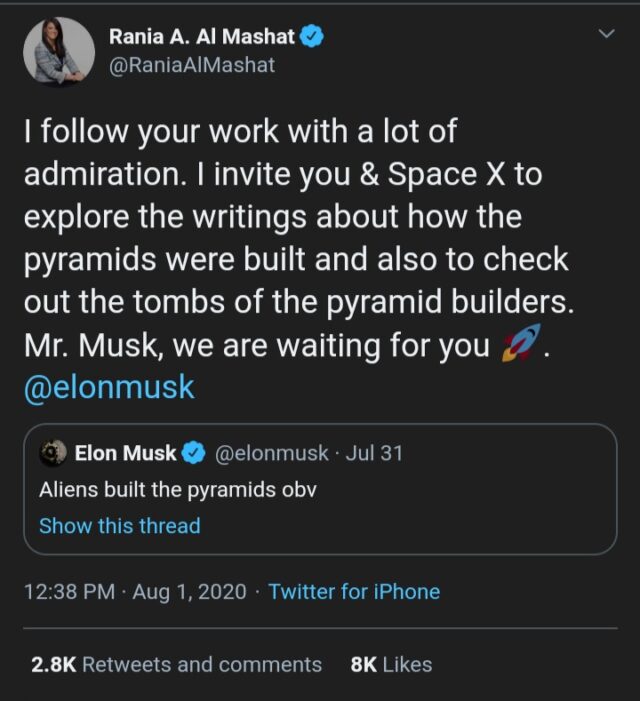 After a few days, he tweeted again, sharing an article about BBC, which explains how Egypt pyramids were built. 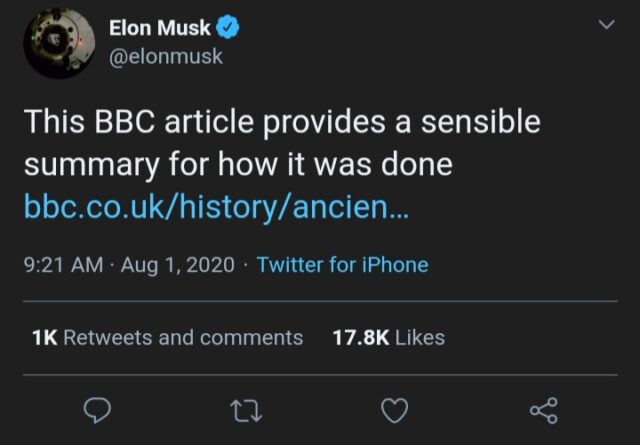 On social media, the tweet received plenty of reactions from many famous people, like Hawass advised Musk to read more the Pharaohs and the Pyramids to help him realize that the pyramids have nothing to do with space and that it was built by Egyptians more than 4000 years ago.

While the situation has been discussed in a light note, a famous personality like Elon musk mustn’t forget that social media is a wide place, and he should be a little responsible for what he tweets.