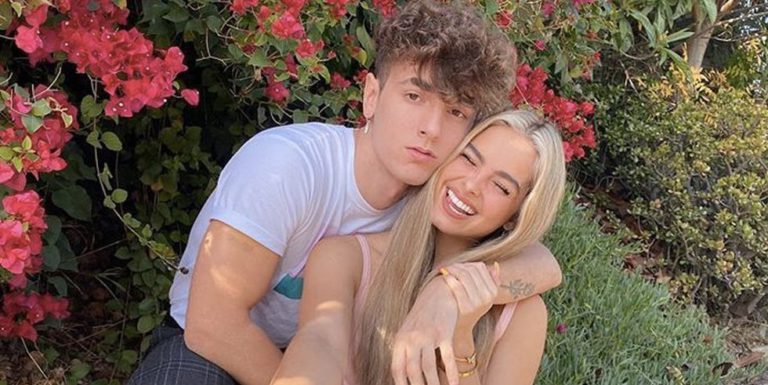 https://youtu.be/oz4028_AX9s
Introducing Bryce and Addison
Let me first introduce Bryce hall and Addison Rae. Bryce hall is a YouTuber and as well as TikTok star. Addison Rae is also TikTok star and YouTuber. Are they dating each other? there is a little bit of confusion among fans.

Bryce hall is the only one who started this confusion, firstly he pointed out that Addison is his girlfriend but later he denied. You also guys confused? so let’s start from the beginning where Bryce accepted a relationship with Addison. Bryce Hall posted a photo where he and Addison were holding each other’s hand.  they did dinner together and after dinner, they clicked this photo where Bryce was held Addison’s hand. They look happy in the photo. After this, there is one more photo where Bryce kissed Addison.

When fans noticed this then they start murmuring that they are in a relationship. Bryce hall didn’t reply to anyone. It is not enough in the previous month Addison posted a video in which they both making a romantic scene in TikTok. In this romantic video, Bryce and Addison look cute because of the song which very romantic. Addison posted this video on TikTok. At that time fans are surprisingly asking questions to her that is she with Bryce? and she replies to them it is just a romantic song and choreographed video, we just showing romantic chemistry in it. Then fans accept these facts.

Now, you also didn’t get it that what is happening here? But Bryce said about this he is not in a relationship anymore, in fact, Bryce misses someone else, for whom he wrote something on social media that is; he said: “I miss you!!!” By this post everyone thought that it was for Addison but not for her. Addison also said he and her are just good friends and they are hanging out together like friends. She speaks a lot about the relationship and she denied every rumor.

So now you got that what’s going on, to know more about this keep reading articles of this page you will aware of everything.  Stay with us we will let you know about movies, series, and celebrities.
close