Gadgetsblog
HomeEntertainmentKylie Jenner's expensive gift to her beautiful daughter Stormi Webster - mini Lamborghini. Here's everything that you are looking for. 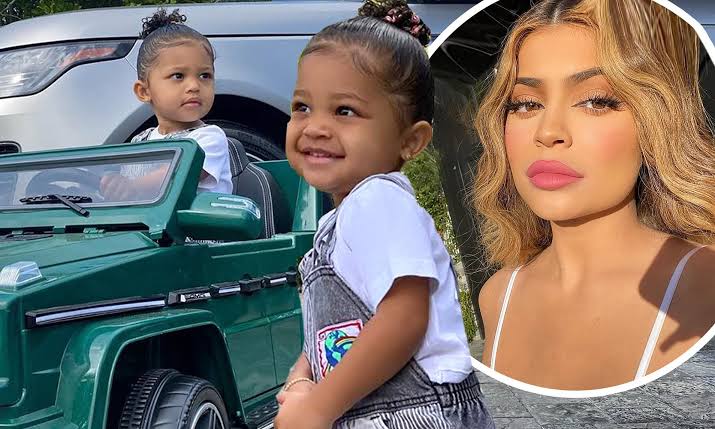 Kylie Jenner’s expensive gift to her beautiful daughter Stormi Webster – mini Lamborghini. Here’s everything that you are looking for.

Recently, social media users have been talking since Kylie Jenner showcased her daughter’s lifestyle in a luxurious way. We couldn’t hold up emotions rather got caught up being jealous just by looking at the lifestyle of her daughter. Her daughter’s name is Stormi Webster who was currently seen in a photo with her mini Lamborghini which is obviously a toy.

For us when we were of that age we cannot even imagine such a luxurious toy would be gifted to us but this time is Kylie Jenner’s little princess who was having all the fun by riding the Lamborghini. Now we wonder what would be the next step? Will it be getting her a license?

During the last month-end on 31st July, three series of photos were uploaded by Kylie Jenner where she wrote that her daughter is not a kid anymore(toddler). In one of the uploaded photos, the little one was seen holding her a new luxurious mini purse and in a second photo, she was seen wearing really beautiful sneakers of the famous  Nike brand.

The customized brand of this mini Lamborghini car used by Stormi Webster might cost more than four hundred dollars if we had bought it. If one orders the regular brand of this car from Amazon, it will cost somewhat four hundred dollars but a mini customized one will be the dad version of this regular one. Normal people cannot easily afford to buy it for their children.

Stormi Webster is lucky enough to enjoy such luxury in her life at such a tender age. Kylie couldn’t help herself when the question comes up about what to gift your firstborn child.

According to some inside collected sources, she uses thousands of dollars on selecting her wardrobe, parties, private planes, and other travelers too. She desires her little princess to enjoy her luxurious life the way she has been enjoying. This is very often fascinating though.

Recently Stormi was gifted with a Frozen which costs a whopping amount of $200,000. She was gifted because it was Stormi Webster’s most loved movie of Disney. Even though the gift was from Kylie’s skin owner and to surprise it was not even Stormi’s birthday.