Gadgetsblog
HomeEntertainmentAre Ellen DeGeneres and Portia de Rossie getting divorced this year? Are they planning for an adoption? Here's everything regarding the rumors in detail. 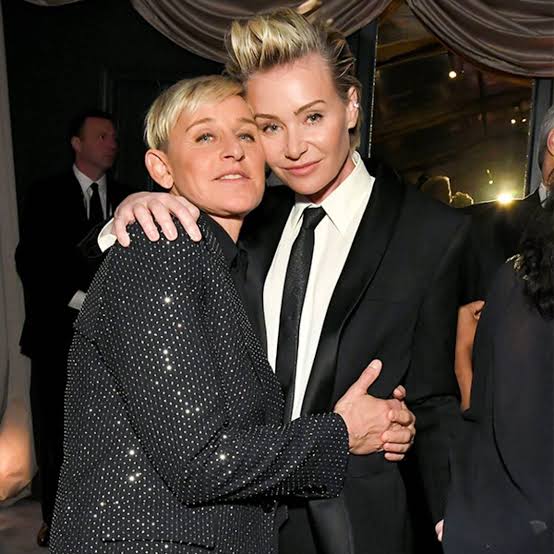 Are Ellen DeGeneres and Portia de Rossie getting divorced this year? Are they planning for an adoption? Here’s everything regarding the rumors in detail.

One of the cutest couple Ellen DeGeneres and Portia de Rossi have been giving some really cute couple goals for years. It was during the year 2008 they both tied the sacred knot of marriage in a secret way. All this marriage thing happened when the marriage of same-sex was not even allowed officially in the United States.

It has been for twenty years they are together loving each other. They both have been residing at their mansion located in California. But currently, if some sources and reports are to be believed then the couple has been going through their own ups and downs in their life.

The rough patch would be the perfect statement to describe the current situation of their relationship. The former situation is a reaction after Ellen’s present controversy concerning her employee’s treatment and other members on the set of the show. There have also been some allegations on Ellen being helpful to the progress of an unhealthy environment around the DeGeneres show.

The rumor has been roaming for a very long period of time since the last decade. During the past years in 2014, 2015 and also during the year 2018 this particularly mentioned rumor was an imaginary one. This year also the same rumor has arrived again stating about the couple’s divorce. This time it suggests the workaholic nature of Ellen.

Recently she was seen bearing all the allegations regarding the treatment of her employees. The time schedule and workaholic personality of Ellen have somewhat disturbed Rossi causing irritation to her.

Due to this arrival of irritation from Ellen’s work timings, Rossie has raised her point and finally questioned her when she will be putting a full stop to her work. But there has been no possible positive news from Ellen’s side regarding the topic raised.

It has also been heard that the famous cute couple has been going through the rough road due to the concerns regarding the adoption of a child. Rumor suggests that Ellen desires for the adoption but whereas Rossie has been denying the proposal.

But apart from the rumors, the couple has already stated regarding their plans of no adoption.