Gadgetsblog
HomeLifestyleAlex Trebek is Dying due to Cancer? Get Here the Updated News About his Serious Health - 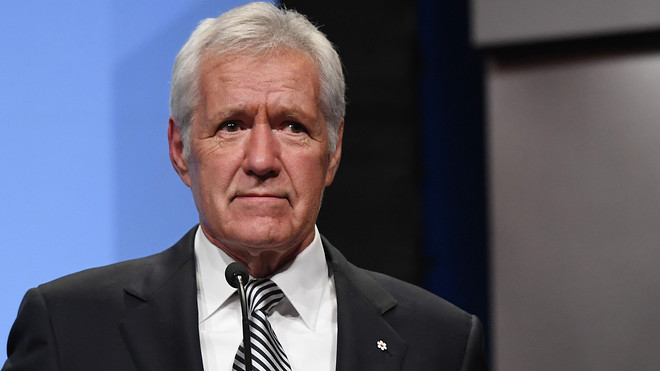 Alex Trebek is Dying due to Cancer? Get Here the Updated News About his Serious Health –

Well, this famous television personality had hosted so many game shows. But he has been the host of the famous game show Jeopardy since 1984. He has contracted to host in the show Jeopardy until 2022. The other shows hosted by him are Double Dare, The Wizard of Odds, Battlestars, High Rollers, To Tell The Truth, and Classic Concentration. Trebek also worked in many television series. He is basically a native of Canada and become an American citizen in 1988. Trebek was first married to Elaine Callie but their marriage didn’t work and they divorced. Then he married Jean Currivan in 1990. Trebek and Jean have two children, Matthew and Emily.

Well, this 80-year-old man suffered so many health problems due to the growing age. He had been suffering from a persistent stomachache. But he didn’t consider it a disease symptom. Then later after his diagnosis, he announced that he had been diagnosed with Stage Four Pancreatic Cancer. He decided that he will fight the disease and continue his hosting. His tumors shrunk half of its observed size and treatment was going well. He had undergone several rounds of chemotherapy. In one of his interviews, he said “I’m not afraid of dying,” and “I’ve lived a good life, a full life, and I’m nearing the end of that life”. But the chemotherapy had so many side effects on his body.

He also noticed sores in his mouth that makes it difficult for him to speak. After one year of survival with cancer, he updated his fans in March 2020 and told them that he will definitely survive this year also. Trebek also talked about his chemotherapy treatments and how worse they are than cancer symptoms. Then further on 16th July 2020, he updated about his health. He said that “chemotherapy is paying off and he still feels fatigued”. He has also published his biography on 21st July 2020. The name of his biography is “The Answer is- Reflections On My Life”.