Do you remember Amber from “Clueless?” Here’s what she looked like after 25 years when she appeared on a T.V show.

Elisa Donovan portrayed mean girl Amber into the classic comedy Clueless, which was released back into 1995. If you have watched the 90’s classic movie “Clueless’ then you remember one of the mean girls of … 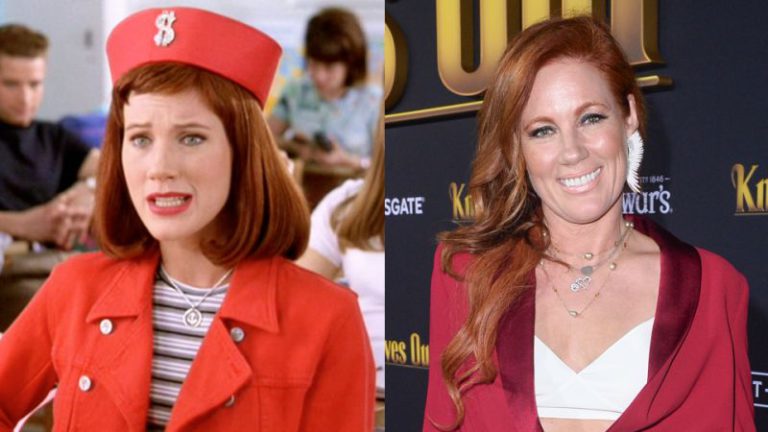 Elisa Donovan portrayed mean girl Amber into the classic comedy Clueless, which was released back into 1995.

If you have watched the 90’s classic movie “Clueless’ then you remember one of the mean girls of the movie Amber. Clueless was released in 1995 is still considered a classic comedy. Elisha is now 49, and she was recently seen on an Australian morning show. Where she talked about her iconic film. She also shared all behind the scenes moments. She also admitted to the fact that her character was inspired by all the mean girls. That, she had to face in her high school days. In her interview, she said that when she read the script and her character she knew who was going to be her inspiration fro the mean girl character. She also enacted the ‘Whatever’ catchphrase. She shared some inside stories of filming the movie.

What did Elisha have to say about her Late co-star Brittany? What is Elisha’s next project?

In her interview, she also remembered her co-star Brittany Murphy. Brittany Murphy died in 2009. She shared her feelings about how sad she is and Brittany was a magical kind of person. And that she had and energy filled with creativity. She also compared Brittany to a hummingbird. Apart from Clueless, Elisha has also starred in Sabrina: The Teenage Witch as Morgan Cavanaugh and in Beverly Hills,90210 as Ginger. When asked about the upcoming project she revealed that her new project ‘Wake Me When You Leave’ will be out next spring. Which was written after she lost her father to cancer.  It is based on how losing her father affected her and how she managed to recover from the grief.

Overlord season 4: Is another season going to be released? Then what is the expected story line.

What did Khloe Kardashian had to say about her brother Rob returning to the Social media platform? Read this to know more.