Can We Hope Of The Umbrella Academy Season 2 In A Month? What’s Going To Be The Plot Who Will Be In Its Cast? 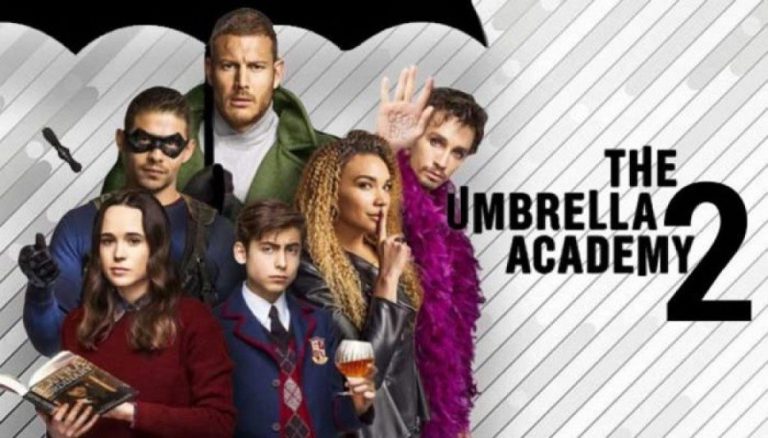 Netflix to release The Umbrella Academy 2

Lately, Netflix has been teasing The Umbrella Academy’s second season a lot on Twitter. This has the fans stretching their curiosity beyond the threshold and has also elevated their expectations from the series. Amidst the continuous disappointments by the announcements of delays of several shows on Netflix in the wake of COVID-19, the showrunner Blackman has assured us the release of The Umbrella Academy 2 by an Instagram post with a photo signaling the post-production work of the second season captioning “Even #corona can’t hold an Umbrella Academy Mix!'”

All about The Umbrella Academy

Based on the comic book series of the same name published by Dark Horse Comics, The Umbrella Academy is an American superhero web series on Netflix formulated by Steve Blackman and developed by Jeremy Slater. It was premiered on February 15, 2019, and lasted for ten episodes. It’s production houses are Borderline Entertainment, Dark Horse Entertainment, and Universal Cable Productions. The series evolved as a global hit in the very first month of the release itself and hence soon underwent the renewal for its second season.

The Plot of The Umbrella Academy

Reginald Hargreeves, an eccentric billionaire, adopts seven infants out of the 43 deliveries by women who exhibited no sign of pregnancy at the start of the day. Reginald turns the seven siblings into a superhero team called ‘The Umbrella Academy’ to combat the impending apocalypse which he had sensed preliminarily.

The Plot of Second Season

The peak of the first season is a real cliffhanger. We can’t precisely speculate where the second will take us. As interestingly deviating from its comic novel, the seven siblings didn’t save the world—instead, time-traveled to save themselves from the apocalypse. Now, we don’t know which time they landed in, neither did we get any clue about it. However, a thing which is confirmed is that the second season will pick up from exactly where it left us in the first season. Evidently, the name of the first episode of the second season is “Right Back Where We Started.” Furthermore, we can also expect it to solve many puzzles from the first season itself, like Reginald only adopted 7 of 43, what happened to the rest of the infants?

Expected Casts for The Umbrella Academy 2

As far as the casts are concerned, Robert Sheehan as Klaus, David Castañeda as Diego, Tom Hopper as Luther, Aiden Gallagher as Number 5, Ellen Page as Vanya, Justin Min as Ben and Emmy Raver-Lampman as Allison are confirmed to resume in The Umbrella Academy 2. The recent updates have come that Adam Godley as Pogo,  and John Magaro as Leonard Peabody/Harold Jenkins won’t be entertaining us in the upcoming season. However, there has also been an addition in the casts, Ritu Arya as Lila, Yusuf Gatewood as Raymond, and Marin Ireland as Sissy.

We really wish The Umbrella Academy 2 to become our quarantine partner as the shooting has been done, and only curating is left certainly. So there’s not really much waiting left now. Netflix has already started triggering us with posters. Hopefully, they might drop the second season in a month or two.