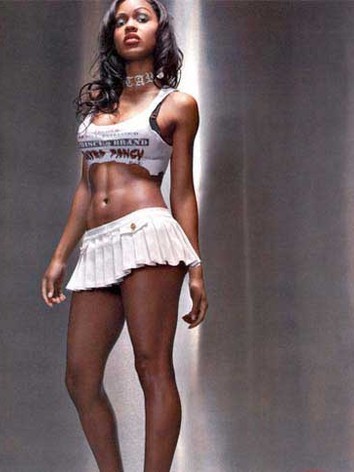 IS CELEBRITY SHAMING ALL THAT THERE IS?

Meagan Good is known to be a very successful and well-known television actor. Apart from acting, she also tried her luck in books as an author and did pretty well there too. The “Brick” actor is also the author of “The Wait”, which has a longer sub-name attached to it. I guess the only book which has a name as long as an average English sentence.

Social media is a very crucial and slightly uncomfortable platform for celebrities. Common and yet so “unsuccessful” people have the audacity to comment very harsh and undeserving words to the celebrities, whether based on skin color, body shaming, and whatnot. It is unfortunate the even Meagan Good had to go through this phase soon after she had posted a picture of herself in which she is looking fairer than before.

To her post, a hater had commented that she looked more gorgeous in darker skin and that now does not look as beautiful as before. He ended his statement with a question asking the actor as to why she had to bleach, which mind you, she did not. Meagan gave a well-deserved witty reply to the commentator and mentioned that she did not bleach at all. She mentioned that the actor was suggested a product that takes care of the sun damage her skin is a victim of.

The Cookout actor further stated that her skin had recovered a lot till now, and only a few percentages was left for the same. Meagan was definitely regaining color, additionally she also mentioned it had been one of the most unforgettable incidences ever of her life. After making this statement, she ends by requesting people not to spread such stupid and unverified rumors, as social media is a platform where any gossip spreads like fuel in the fire. At last, she also adds, “May God Bless You,” now we are not really sure whether that was a part of her witty technique to shut up her commentator or was it general respect to end the message.

Social media is turning in to a hardwired zone for celebrities, and we can bet on the fact that they are still active due to inevitable celebrity “duties.”