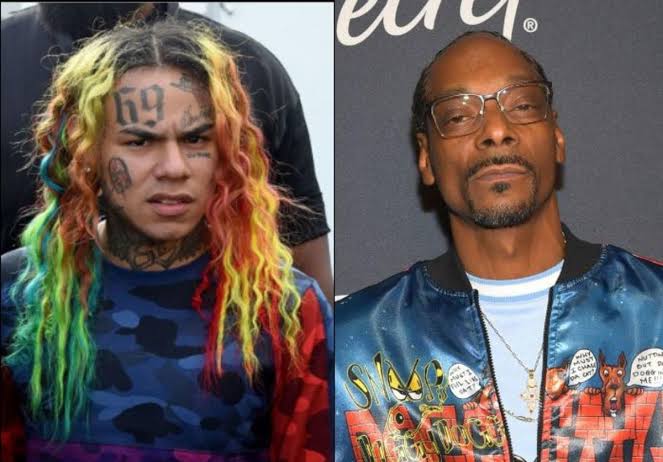 Calvin Cordozar Broadus Jr. (commonly known as Snoop Dogg) is an American rapper, singer, actor, songwriter, television producer, media personality, record producer, entrepreneur, and youth football coach. He was born in 1971 in Long Beach, California, U.S. He is 48 years old, and he started his career in 1992.

Daniel Hernandez (professionally known as Tekashi 6ix9ine) is an American rapper and songwriter. He is born in 1996 and started his career in 2014. He was born in New York City, New York, the U.S. The genre of his music, is hip hop, punk rap, and scream rap. He is a convicted felon as well. He always is on the headlines. His music is deemed very aggressive, his rainbow-colored hair is questioned, and he involved in public feuds. In 2020, Tekashi has always achieved to be in the headlines.

Celina Powell has always been known for her relationships with many rappers. She has had sexual encounters with both Snoop and Tekashi. She takes to Instagram with a post. She posted a picture of Snoop calling her. She says bluntly that she is not interested in teaming up with Snoop against Tekashi. Apparently, Celina claims she has sex tapes of both Tekashi and Snoop.

Tekashi and Snoop both respond to the picture posted by The Shade Room on Instagram. Tekashi takes a humorous approach by commenting, “This y’all’ all uncle?”.

Snoop replies by commenting, “This n**** reaching ðŸ€ of a feather hang together, not working.”

This feud does not look like it will resolve anytime soon.

Dog The Bounty Hunter has a new girlfriend! Her daughter don’t want them to be together? She is Pissed?