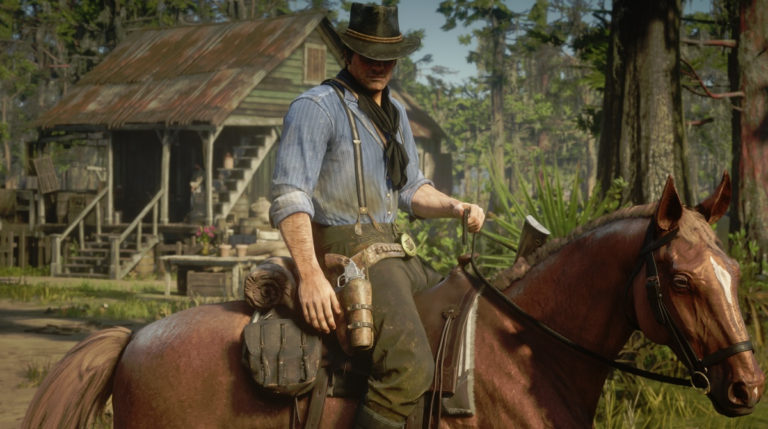 INTRO TO THE GANG…

Red Dead Redemption 2 is an action-adventure game developed and executed by Rockstar Games, released in 2018. It is a prequel to the Red Dead Redemption, which was released in May 2010, and the third installment of the Red Dead Series, the first being Red Dead: Revolver (2004). The game is set back to the 1890s amidst the Wild West. The premise consists of Arthur, a member of the gang Van der Linde. Arthur must somehow prevent the decline of the Wild West and has to fight the government forces and other rival gangs too. Along with Arthur is John Marston, who was seen as the protagonist in Red Dead Redemption.

The game starts in the year 1899. The setting of Red Dead Redemption 2 covers five states of the U.S. They are:

The development done in the third installment of the Red Dead games series, in the setting, is the inclusion of three more states in the adventure. Apart from New Austin and West Elizabeth, the rest of the three states are new in the game.
West Elizabeth has bare green lands, dense forests.
New Austin is a dry desert region which also featured in the original game.

MORE ABOUT THE PLOT

The gang Van der Linde has to leave the civilization and decides to get enough money to leave and settle elsewhere, so as to retire. The gang robs a train owned by Cornwall, and thereafter Cornwall retaliates them. Due to this chase, the gang keeps relocating from place to place. Later, it commits a robbery in a bank in Saint-Denis.

There is a lot of twists and turns in the plot, and I will recommend the readers to find out by being a part of the Red Dead series and to experience the masterpiece game.

CRITICAL RESPONSE TO THE GAME…

The Red Dead Redemption 2 game has been given universal acclaim as the critics and players; both responded satisfied with what they experienced. Also, the game is the highest-rated on Xbox One and PlayStation 4 by the critics alongside Rockstar’s famous and successful Grand Theft Auto V and is in the top five of the best games ever made in most of the ratings.
Definitely, a try that will not be regretted – get your guns out and say, ‘Howdy Mate!’