If you like to watch educational videos and shows about real estate, then you might be familiar with the name ‘Todd Chrisley’, yes, the Georgia real estate guru. It is very unfortunate to know that … 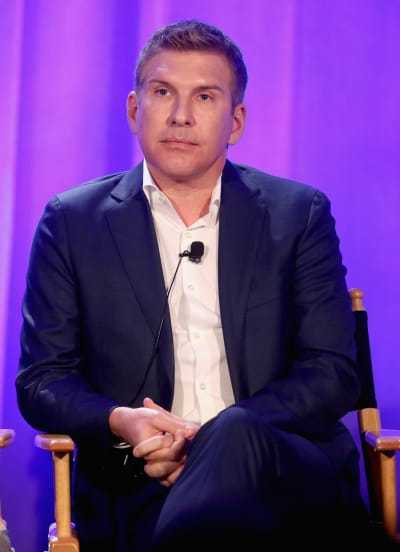 If you like to watch educational videos and shows about real estate, then you might be familiar with the name ‘Todd Chrisley’, yes, the Georgia real estate guru. It is very unfortunate to know that the reality show star has recently been diagnosed positive for the COVID 19 virus infection, which is in rife around the globe right now.

Chrisley had mentioned on a podcast recently, “Can we talk about this b**tch called corona?. I have been battling corona for three weeks. I was in the hospital for four and a half days, fever between 100 to 103 degrees and it has been the sickest I have ever been on this earth.” He also mentioned that he is getting better day by day, but as of now, he is 70% of his usual self. However, it is the rest 30% which is really giving him a tough time.

Chrisley’s daughter Savannah expressed herself on Instagram and shared the situation publically by mentioning that Todd was diagnosed positive for the virus around three weeks from now. As soon as the results had come out, he was quarantined. She also stated that the whole family is in a lot of tension for Todd’s current condition.

Let us hope that he recovers quickly and well.

ABOUT CHRISLEY AND HIS WORK…

As mentioned before, Chrisley is known for hosting his reality show “Chrisley Knows Best”, which airs on USA Network. An eighth season is scheduled to premiere this year. A spin-off focusing on Chase and Savannah called ‘Growing Up Chrisley’, on the same channel, premiered in April 2019.

Critics have responded with mixed reviews for this show. However, they also say that it is one of the best family reality shows right now, after ‘Honey Boo Boo’ or ‘The Osbournes’ which were some memorable shows of the same genre.

Chrisley has said that 95% of his current millionnaire wealth came from real estate. The man has had quite ups and downs in his career, and despite a colossal loss of 45 million USD due to bankruptcy, the audience still cannot stop watching his show.

The family has branched out their media presence through spinoff shows and podcasts.

Gal Gadot is coming again with her new look? Wonder Woman 1984 is releasing soon on cinemas!