Gadgetsblog
HomeEntertainmentEmilia Clarke has REPLACED Amber Heard as Mera in Aquaman 2 & Jason Mamoa is Happy with it?? 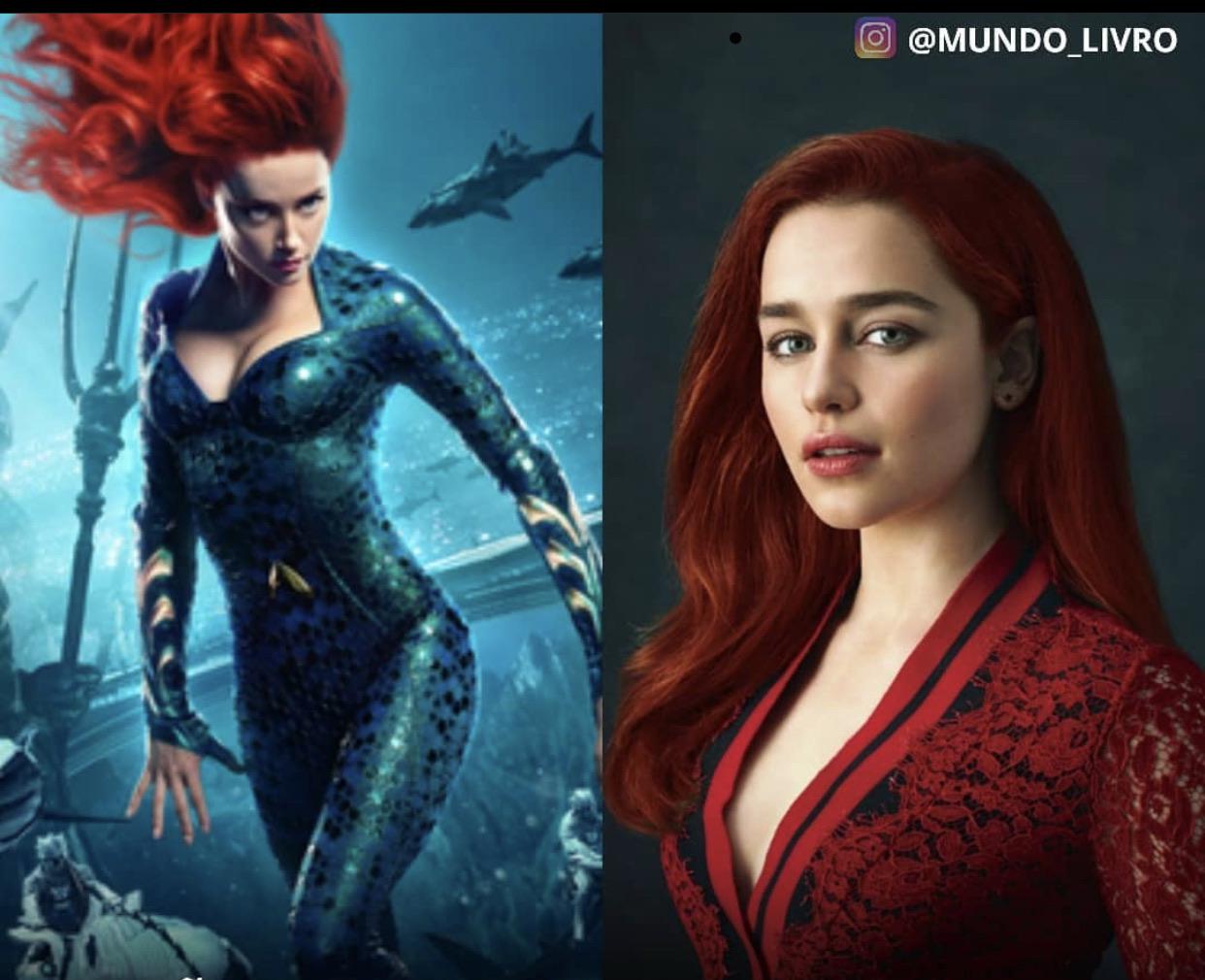 Emilia Clarke has REPLACED Amber Heard as Mera in Aquaman 2 & Jason Mamoa is Happy with it??

Aquaman 2’s release is almost 2 years away and yet a controversial petition involving the movie is making the headlines these days.

Scroll below to know the full controversy.

What is the petition about and why does it involve Amber Heard?

Recently, a petition on Change.org was started requesting the Warner Brothers to replace Amber Heard, the popular American actress with Emilia Clarke in Aquaman 2.

Amber Heard is known for playing the role of Mera, the love interest of Jason Momoa (Aquaman) in the movie, Aquaman. Now, fans want the Game of Thrones actress, Emilia Clarke to replace Amber Heard after her controversy with former husband, Johnny Depp.

Not long ago, Amber Heard accused Johnny Depp for domestic violence and assault but apparently, in this case, the abuser was playing the victim card. In other words, she was the one who was torturing and abusing Johnny.

Chantall Meyer, the fan behind this petition, wrote on Change.org, “Amber heard should be replaced by Emilia Clarke as Mera, Amber heard has falsely accused Johnny Depp of abusing her when it turns out she is the abuser herself I feel like if she stays on the movie/ franchise this will send a bad message, we should not condone any type of abuse if the Aquaman writers brought awareness to the pollution in the water and how our sea animals die, then why would they keep an abuser?”

In January 2020 Daily Mail reported that Amber Heard has finally accepted the allegations regarding her being abusive and “hitting” Johnny Depp, in an audio recording. She even admitted to throwing pots, burning candles, pans and vases at him. The recording is from 2015 and in it, the couples talks about an incident that later turned out to be violent. This recording enraged the fans of Johnny Depp and hence, they decided to unleash hell on Amber and her career.

Is Emilia Clarke the new Mera?

Initially, there were rumors related to Amber Heard being fired from Aquaman 2, but apparently, they were just rumours. As of now, the makers of the movie have yet not released an official statement regarding this.

Well, over 500,000 fans of Jason and Emilia have already signed this petition. The duo has worked together in Game of Thrones and played the role of a Dothraki couple. Fans are excited to see their on-screen chemistry once again.