Adam Levine‘s and his wife Behati Prinsloo are not prepared to have another child right now, even though the couple has previously stated that they might expand their family further. Adam Levine, Maroon 5 frontman, 41, said … 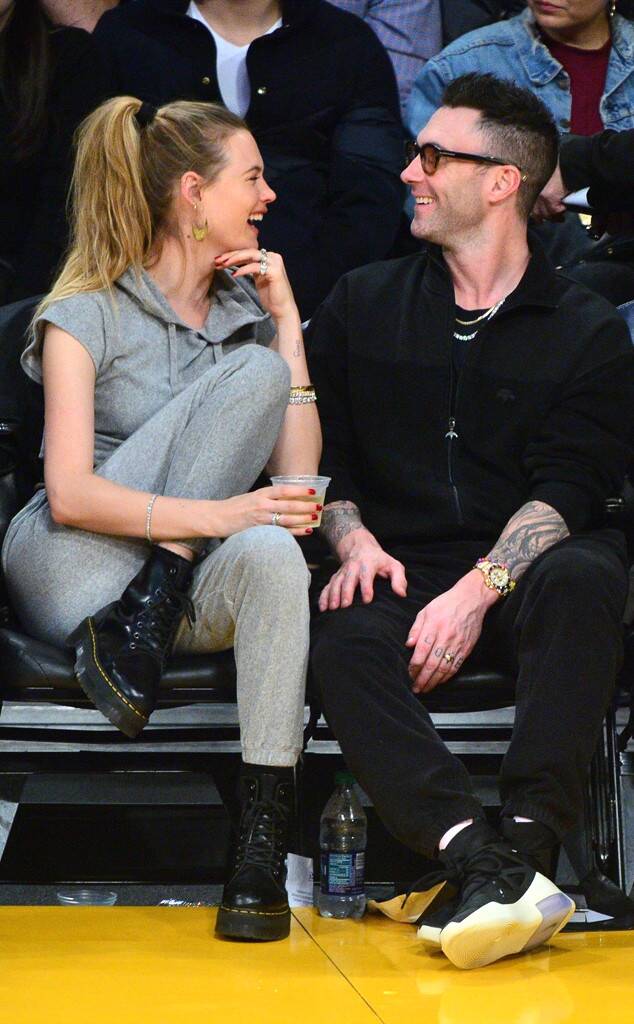 Adam Levine‘s and his wife Behati Prinsloo are not prepared to have another child right now, even though the couple has previously stated that they might expand their family further. Adam Levine, Maroon 5 frontman, 41, said that Behati Prinsloo, Victoria’s Secret model, 31, is currently delighted to be a mother of two at the moment, referencing their daughters Gio Grace, 2, and Dusty Rose, 3.

Well then, how did the rumors spread?

Rumors regarding Behati’s pregnancy began last month when she posted a very blurred picture on Instagram. Almost instantly, fans assumed that it was a close up of a sonogram.
Behati was then forced to go live on Instagram to deny the rumors and stated that the picture was just an innocuous photo her eldest daughter Dusty had clicked and posted by mistake.

What do the celebs have to say?

Behati, clearing the rumors, stated that the picture was not an ultrasound but Dusty posting a picture from her gallery. It was just a close up of Behati’s black and white sweat pants which gave false hopes to fans who mistook it to be an ultrasound picture and came to congratulate the star couple.
Adam Levine too had to clear up the rumors. He said that he would notify if his wife gets pregnant which does not stand a fat chance since they do not want more kids and if he insisted, Behati would punch him in the face. He also added that they are doing well with just two toddlers as of now.

However, Levine and Prinsloo may not have settled the score as to just how many children they’ll have. In a statement made to Ellen DeGeneres in Mary 2019, Behati said stated that Adam wanted five kids and she too wanted five of them but now maybe she’ll be good with three or four kids and can not afford to carry another baby inside of her. She is, however, very proud of the wonderful and dedicated father her husband has become.
She also added how happy and proud she was to see Adam turn into a responsible dad and see the changes in him take place as a parent.