Gadgetsblog
HomeEntertainment Jaden Smith Confirm his Relationship with Tyler!!? The creator Really Loves him? What does Tyler says on the revelations made by Jaden? 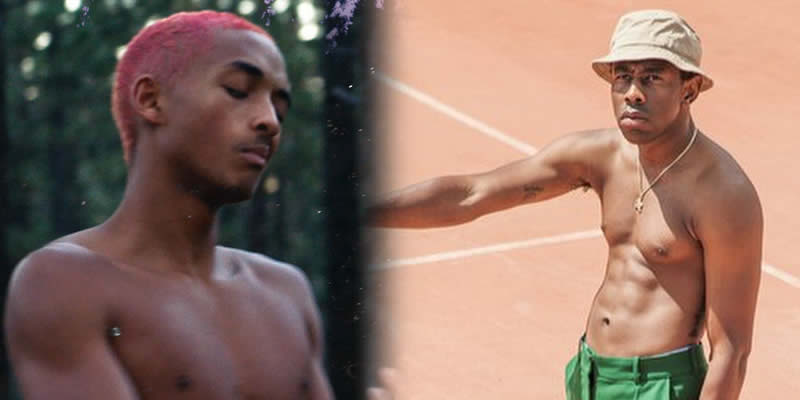 [Revealed] Jaden Smith Confirm his Relationship with Tyler!!? The creator Really Loves him? What does Tyler says on the revelations made by Jaden?

Maybe you have heard about Jaden Smith being gay. Let us all know what is with Jaden Smith and Tyler. Tyler is also one of the most popular American Rappers, just like Jaden Smith. The Karate Kid’s lead role and a great rapper Jaden Smith is very much known to every one of us. His father, Will Smith, is also very much renowned, and Jaden himself has done some great roles like in The Karate Kid and The Pursuit of Happiness.

IS JADEN AND TYLER IN RELATIONSHIP?

Although, coming back to the question of why we are talking about Jaden Smith and Tyler. So there are many controversies that have been raising about both of them. The famous and great performer has problems in the relationship perspectives: earlier, the star kid and the rapper dated Sara Synder when he was about the age of seventeen. But, however, the things between the two were not so good and got apart very soon.

However, the recent trending topic in which many of us must be interested in the relationship between Jaden and Tyler. So Tyler, the Creator, who is he? We know that Tyler is also a rapper of about the age of 28. Just like Jaden Smith, he is also a great performer. He had his first solo album released in 2009 titled Bastard. Along with the time, he gradually increased his growth and created many hits. Also, recently in 2020, he won the Grammy award for the Best Rap Album. He was seen getting really emotional with the achievements and praises he has received in his entire career.

WHAT DOES JADEN STATED ABOUT HIS RELATION WITH TYLER?

However, the update of the story of Jaden and Tyler, Tyler still denies it, but however, Jaden in several public incidents, has expressed his feelings for Tyler. It is first in 2015 when Jaden first came up on Twitter and admitted that he loves him. It was Tyler’s Birthday eve when Jaden tweeted that he doesn’t know why he loves Tyler, but he is trying to figure it out. And wishes Tyler a Happy Birthday. After this tweet, it became so viral and sensational that every media house was about to explore what is happening. And now, he has totally agreed and confirmed that he is gay.

Jaden also made it public and very clear that Tyler has been his love interest since forever. Jaden says that Tyler is quite shy of a guy to accept the truth. For now, Tyler has not commented on anything about what Jaden stated publicly. It seems like Tyler has not totally discovered in which gender he is more attracted towards.

For times, he has shown interest in girls, but most of the time, it looks like he has ended up getting attracted to the girl’s brother. However, no revelations can be made for now, so it is just too complicated.