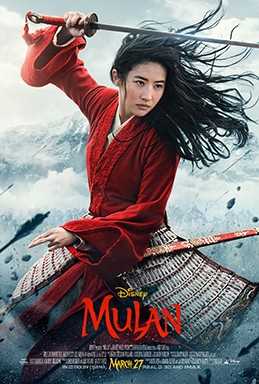 Disney presentation “Mulan” is a Live-action drama movie. The film is directed by Niki Caro and Rick Jaffa; the inspiration is taken from the Chinese myth “The Ballad of Mulan” and a 1998 live-action animation movie by Disney of the same name. The screenplay writers are Lauren Hynek, Amanda Silver, and Elizabeth Martin and the production of Walt Disney Pictures.

The buzz about this remake of live-action Mulan began in 2010, but the project didn’t get executed for a long time. In 2015, the remake was confirmed, and Caro was signed up to direct the movie in February 2017.
In November 2017, the lead role was given to Liu after a screening of 1000 actresses. The shoot location was New Zealand, and China began in August 2018 and lasted until November.

What Is The New Release Date Of Mulan?

The movie was supposed to hit the theatres on March 27 2020. But The release of the movie got delayed like so many other movies stuck in the middle of the coronavirus pandemic. But the new release date is July 24, 2020.

The official trailer for Mulan has come out, linked below:

The cast for Mulan-

The ruler of China declared that one man from a family must join the Imperial Chinese Army to defend the country against Huns. Following “Hua Mulan”, the daughter of a reputed warrior of China was motivated to take the place of her ill father. Also, This process of fighting for the nation will make her an admired warrior.