Gadgetsblog
HomeHollywoodWhat happened between Kristin Cavallari and Jay Cutler that they quit their 10 years marriage in a sudden moment? Know all insights here. 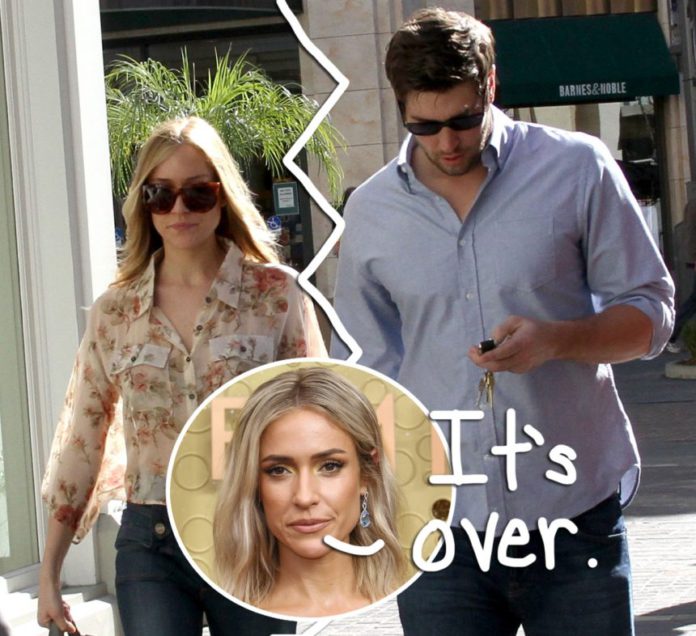 What happened between Kristin Cavallari and Jay Cutler that they quit their 10 years marriage in a sudden moment? Know all insights here.

The couple about whom everyone talked about as giving goals to lover out there, called their relationship to end after whole 10 years and 3 beautiful children together. The rumors about their break up were in the air from a little while, But the air became clear as they both broke their silence by posting on recent Sunday on their Instagram handles about their divorce and asked for fans to be supportive for them as they are already coping up with their internal family issues and asked them for don’t be negative at any place. Both of them posted on their Instagram their photo. Both posted different photographs of them with the same caption that read that they are really sad to share their recent news with all people but also consider it as important. They further add that they have reached a conclusion to get a divorce and also neither of them thinks disrespectfully or unloved about another. They are really glad that they made memories with each other and also ask everyone out there to respect their privacy and respect their decision with positive thoughts as their family is already going through a difficult time.

Kristen and Jay became married after dating almost 2 years and of course 2 engagements. Their relationship took the train really slowly with many obstructions in between. Kristin had to accept the ring too from long distance through the mail. Jay was the first one who gained interest and had the first approach and as Kristin has told about themselves in various interviews, she said when the first time they were going to meet she didn’t even know who Jay was and had to google him before meeting him too. Though she admits that also she never expected they will going to make 10 years with each other.

This was just another story of star couples who broke up. Though they haven’t revealed that what are the reasons for them to split up after 3 children but from the sources, it has been known that the two were just not getting along now and were not able to match up to their vibe as it was before. A source also tells that “There’s nothing scandalous or suspect about their split. Honestly, they just fell out of love and grew apart. It wasn’t officially over until this week” which cannot have more honesty.