Venom 2- cast, release date, Updates, expected plot and everything you need to know!

AFTER the unexpected success of Venom, it was nothing surprising that sequel was quite quickly confirmed by Marvel. The spiderman spin-off movie cast Hollywood dreamboat Tom Hardy as Eddie Brock. This action-packed movie collected more … 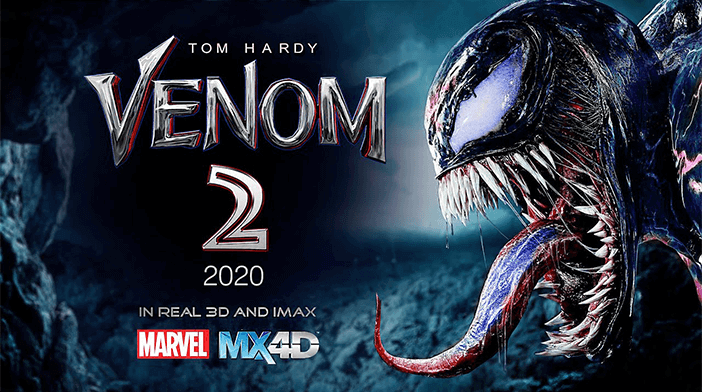 AFTER the unexpected success of Venom, it was nothing surprising that sequel was quite quickly confirmed by Marvel. The spiderman spin-off movie cast Hollywood dreamboat Tom Hardy as Eddie Brock. This action-packed movie collected more money than Deadpool 2 and Guardians of the Galaxy at the box office…

If you enjoyed the transformation of Brock Eddie into the spider alien, then there is good news for you all!!

The sequel is all set to premiere soon. Read further to know everything about the sequel.

The film is all set to hit the cinema halls on 2 October this year. however, keeping the view of the current pandemic situation across the globe nothing can be said with surety and an unexpected delay to its delay might be there…

Tom Hardy along with Many of the cast members of the first part including Woody Harrelson as Venom’s foe, Cletus Kasady, and Michelle Williams as Anne Weying will be reprising their roles. There also some new cast additions for the second part which include Stephen Graham and Reid Scott as Dr. Dan Lewis.

What will be the plot of Venom 2?

Though no details about the film have been released yet there have been speculations that it could be a Spiderman crossover, since Kevin Feige, head of Marvel studios called it a likely prospect at some time. It is also expected that Venom has to once again face Carnage. The series follows the story of Eddie Brock who is a journalist. After investigating the work of Dr. Carlton Drake, he gets infected with Venom, the alien symbiote. After realizing it, Eddie deals with it to share his body to exercise it on bad people. Thus, the two hearts of the film, Eddie and Venom will be seen figuring out their lives together.

The promised neverland season 2 revealed plot. Know about the released date and trailer and more…

Mission Impossible 7 out soon? Everything you need to know about the movie: cast, release, plot, etc.