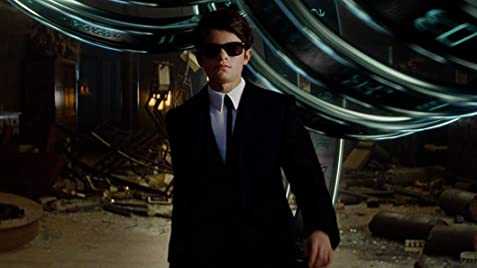 WHO IS ARTEMIS FOWL?

Disney’s upcoming ‘one of the next’ is named Artemis Fowl, and is to be planned to release on 29th May this year, but most probably may postpone its release due to the current Coronavirus epidemic. The plot of the movie is such: Artemis Fowl is a 12-year-old intelligent and the descendant of forefathers who were known as criminal masterminds in their time. Soon he discovers himself in a fight with the underground fairies who have been speculated to be related Artemis Fowl’s father’s disappearance. The film is directed by Kenneth Branagh and he is also one of the producers of this adventure-fantasy creation.

The budget of the film is approximately 12.5 Crore USD, which is equivalent to 125 million USD.

In September 2015, the media reported that Kenneth Branagh had been hired to direct the film for Disney, along with the playwright by Conor McPherson and Judy Hofflund as one of the executive producers. Two years later, Disney announced that the film would be released on August 9, 2019. However, the following month, Disney removed Harvey Weinstein as the producer of the film and terminated their production partnership with Weinstein’s company as he had been involved in a sexual misconduct scandal.

In the early year 2018, in the month of March, the total cast was announced as the principal production commenced. The shooting location for the film was at Longcross Studios, and at other locations involving some Europian countries as well.

The initial release, as mentioned before was planned to be on 9th August 2019, however now postponed to April 3, 2020. Unfortunately even this date didn’t turn out to be lucky enough for the film as the coronavirus had affected this date’s release. Hence, the release will of course again be postponed but will be released on Disney+ on a date that still is to be confirmed.

The trailer of the film had been released on YouTube on March 2, 2020 by Walt Disney Studios.

The cast of the film is as follows:

Creed III: Click to find out the release date and other updates! Will Sylvester Stallone’s Rocky Balboa be involved?

SPONSORSHIP lost for Kyle Larson as MCDonald’s set for new tactics;Read for more