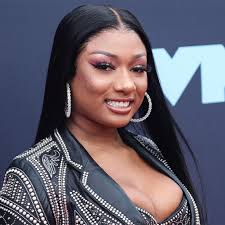 Megan Thee Stallion is a great American rapper. Her real name is ‘Megan Jovon Ruth Pete’.  She first garnered attention when videos of her freestyling became popular on social media platforms such as Instagram. 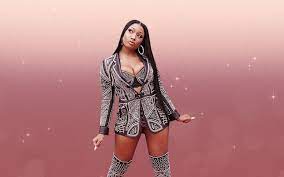 Megan Thee Stallion was born on February 15, 1995, in Texas. Her mother Holly Thomas, immediately moved to Houston after her birth. Thomas was a rapper too. Thomas rapped under the name “Holly-Wood” and would bring her daughter with her to recording sessions instead of putting her in daycare.

She showed her rapping skills to Holly at the age of 18. Holly was impressed by her rapping skills but she told her to start rapping after she become 21. She gave reason saying that her words are more sexual than her age so she had to wait till 21.

Her father died during her first freshman year.

Megan attended Pearland high school and got graduated from there in the year 2013. 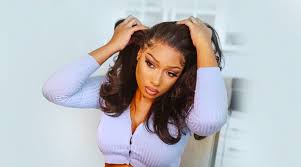 On January 22, 2019, Megan Thee Stallion released “Big Ole Freak” as a single from her EP, Tina Snow, and also filmed a music video for the track. The single, “Is It Love This Time”, is sampled throughout the single. On April 15, “Big Ole Freak” charted at number 99 on the Billboard Hot 100 giving Megan Thee Stallion her first chart entry, with it later peaking at number 65 on the Hot 100. Fever, her second mixtape, was released on May 17, 2019.

In January 2020, Megan Thee Stallion released the single “Diamonds” with singer Normani, for the soundtrack of the superhero film Birds of Prey released the same year. That same month, she announced her debut album Suga and released the lead single “B.I.T.C.H.”. In February 2020, she featured on the single “Fkn Around” by Phony Ppl, and appeared on The Tonight Show Starring Jimmy Fallon, performing “B.I.T.C.H.”.

Megan Thee Stallion is known for her confidence, sensuality, and explicit lyrics. She presents her sexuality throughout her lyrics, videos, and live performances. In an interview with Pitchfork, she stated, “It’s not just about being sexy, it’s about being confident and me being confident in my sexuality.”

On her Texas rap origins, she told Rolling Stone, “I don’t feel like we ever really had a female rapper come from Houston or Texas and shut shit down. So that’s where I’m coming from.”

Megan Thee Stallion mentions being part Creole in her songs “Cocky AF” and “Freak Nasty” as well as in a tweet in September 2017. Her mother, Holly Thomas, died in March 2019 from a longstanding cancerous brain tumor, and her grandmother died in the same month. In addition to acting as Megan’s manager, Thomas influenced her decision to study health administration and also helped foster her wish to establish assisted living facilities in her hometown of Houston. After having previously taken time off school, she resumed her studies at Texas Southern University in health administration, where she was a third-year student as of 2019. 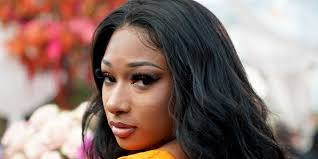 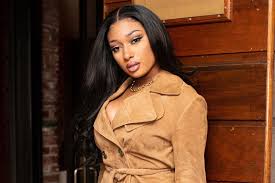 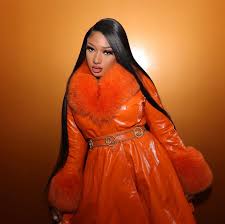