Viviziepop life and thread of controversies linked with her career and popularity graph. Check Out Now!! 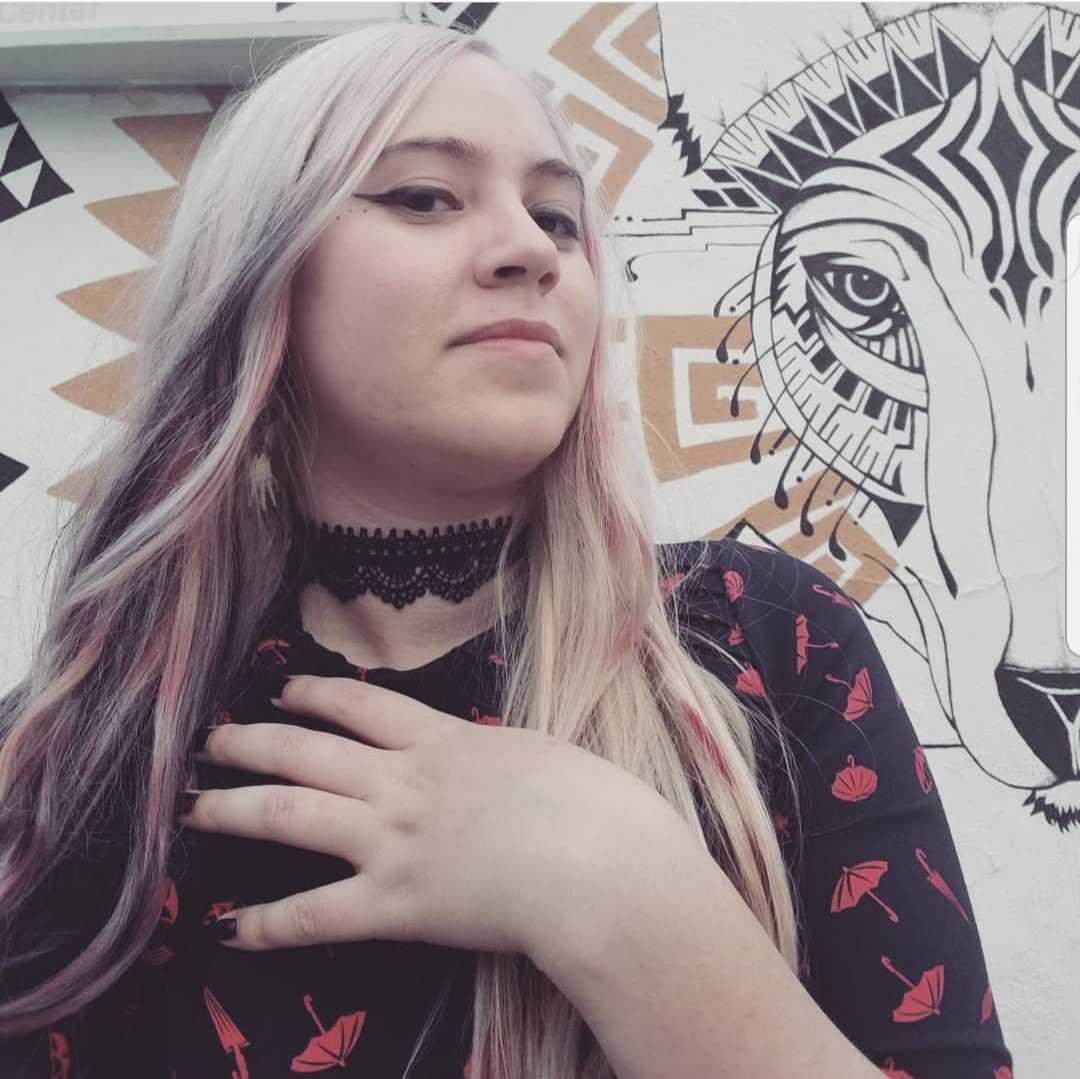 The animator Vivienne Maree Medrano is famously acknowledged as VivziePop for skillful and efficient work of animation and creating comedy and musical animated series. However, she acquired most of the limelight due to the controversy she encountered while moving ahead in her career graph. She was accused of many things. Many allegations were painted on her because of the controversial rumors. Check out to know both sides of the coin and what is her story and the truth. 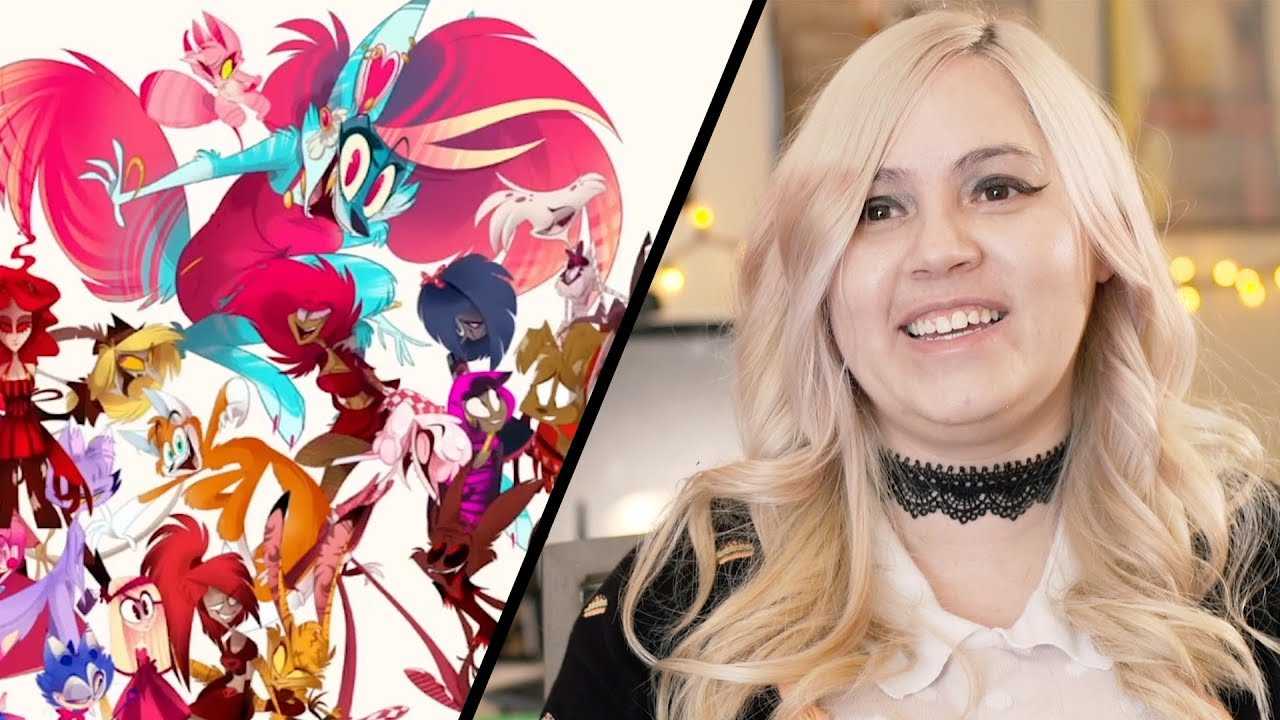 Vivienne Maree Medrano is a native of Maryland USA was born in the year 1992 on the 28th of October. She is the loving daughter of her parents. VivziePop acquired her degree in graduation from the School of Visual Arts in the year 214 with adroitness in traditional animation. Before her graduation, a 29-years-old young damsel commenced her webcomic titled ‘Zoophobia’ in the year 2012, it acquired massive appreciation from people and was a great hit and which hit her career graph as well and shaped it beautifully. Since the 26th of November, Zoophobia the comic series has been in the lacuna.

Moreover, while she was engrossed in completing her academics, she released quite a few thesis films, ‘The Son of 666’ in the year 2013 and ‘Timber’ in 2014. VivziePop later received the Dusty Award for the series Timber in the year 2014 itself.

Later, the efficient animator VivziePop appeared in Gobelins Summer School in Paris, France in the year 2016. Young damsel VivziePop shifted from her hometown to California, USA the same year in 2016. Before her creative work in Hazbin Hotel, she gave her animating craft as an animator in Too Loud! Web series by Nico Colaleo for Dreamworks TV. 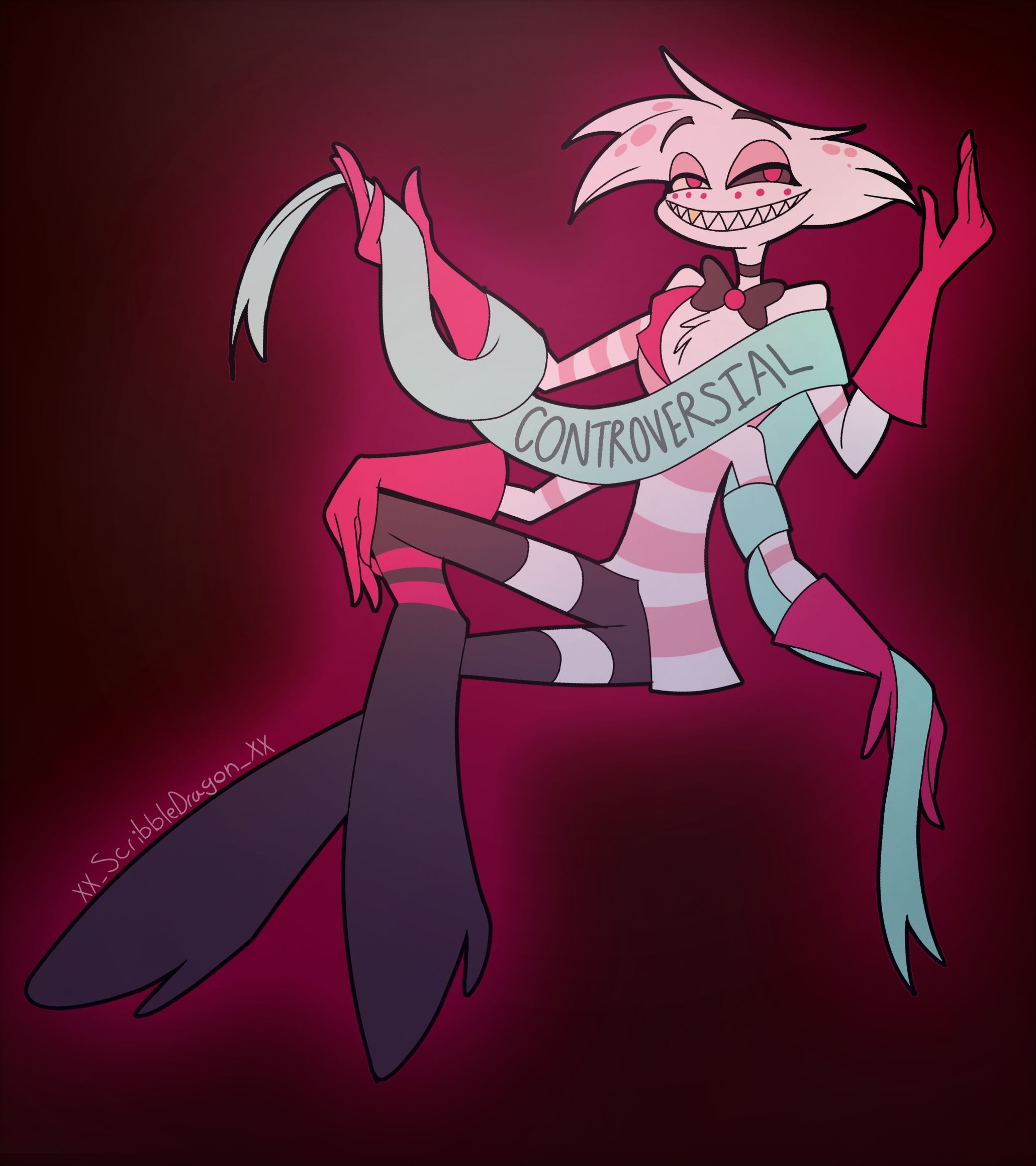 Vivienne Maree Medrano usually and famously acknowledged for the craft of animation, encountered numerous controversies and allegations very early in her life and as well as the initial stage of her career. The first controversy she encountered was during her college venture and her career in animation commenced during her academics and the light of popularity just started focusing on her due to her animated videos on Youtube.

As it is precisely said that good comes with bad, in the case of VivziePop happened. The project Zoophilia, which fetched her amassed fame initially, now resulted as an accusation that VivziePop is drawing underage sex, stealing, and copying others character sketches and she is standing in support of the content creator of blackface and made transphobic jokes. But with time all these accusations got subside. But once again the heavy wave of accusation splashed on VivziePop’s life and career while she was busy celebrating her animated series Hazbin Hotel’s success and enjoying the popularity spotlight.

Zoophilic Art: Earlier, VivzeiPop was accused of initial animated series titled ‘Zoophilia’ which portrayed a character from her webcomic having a bath of snakes. This gave rise to a plethora of accusations that Vivzie creates underage sex animations and people gave reference to that scene. To which her fans tried to de-bunk such allegations by stating that the old artwork might have not been sketched by VivziePop or might have been forged. Another character came in light of allegations which Vivzie portrayed an adult drooling over the mirror and tagged that work of her as “and Mirage would loooooooooove Krestral, in her sick pedo way XD. She cleared those allegations by stating :

“I guess I now have to add that any cringe art I drew is from 2012 when I was 19. It was legal then, it’s legal now (it was also tagged as being an inside joke? even back THEN). Do I think it’s strange? YEAH it’s cringe and I don’t like it any more than you guys do, I was a dumb kid figuring myself out, but I have never drawn explicit NSFW or broken the law then or now. fucking stop, please.” 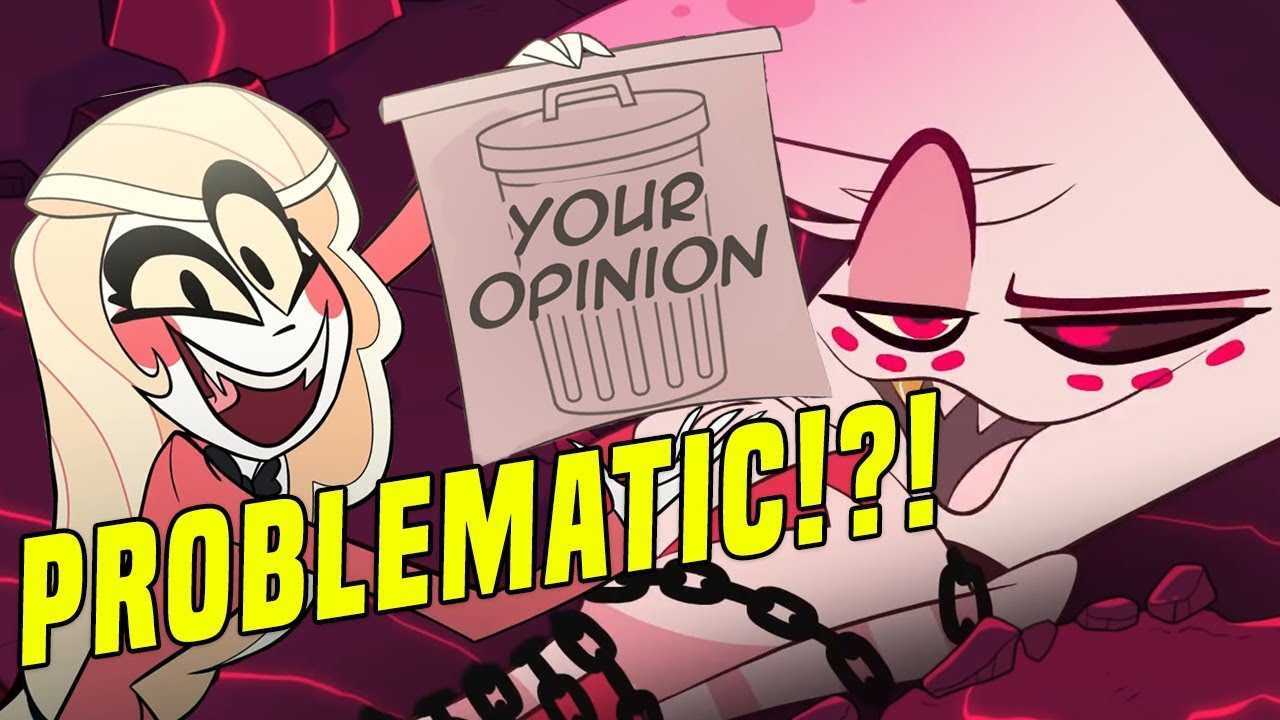 Controversy with Dollcreep: Vivienne Maree Medrano met another controversy where she was accused of stealing and copying the original art piece of the famously known artist Dollcreep. Many statements were addressed mentioning the similarities of VivziePop and Dollcreep’s art. These controversies got more emphasized because of the character named JayJay or JiJi and more because of the Dollcreep who was vocal about his allegation soon after the release of Vivzei’s ‘Die young’ music video with this character. The motive behind Dollcreep’s accusation was VivzeiPop’s statement that she has brought the character JiJi and did not give credit not even mentioning his name for his masterpiece art. This made Dollcreep upset and he accused Vivzie.

To which Vivzie stated in the DevianART note that the reason behind her did not mention and giving credit to him was his disrespectful behavior for her, so she just gave a thanking message in her video. Moreover, she divulged that character JiJi is not Docreep’s original artwork as he acquired it from some anonymous artist, so he doesn’t deserve the credit all alone. All these buzzes came from Tumblr on which this incident happened.

Supporting controversial content creator:  VivziePop once again dipped her toes in a bucket of controversy and allegations when she stood for Blaire White and shoe0nhead content creator under the bad light for creating blackface and made transphobic jokes. Vivi made a fanart for them and publically supported him.

When questions were raised regarding her fanart she addressed it by saying that she was unaware of the content they used to post on Twitter and has seen only some part of their work and agreed to the fact that she has made a fanart. She gave a statement saying that she has been through this state two years ago and knows what this trauma looks like and that’s why she stood for Blaire white and also finds his work admirably. 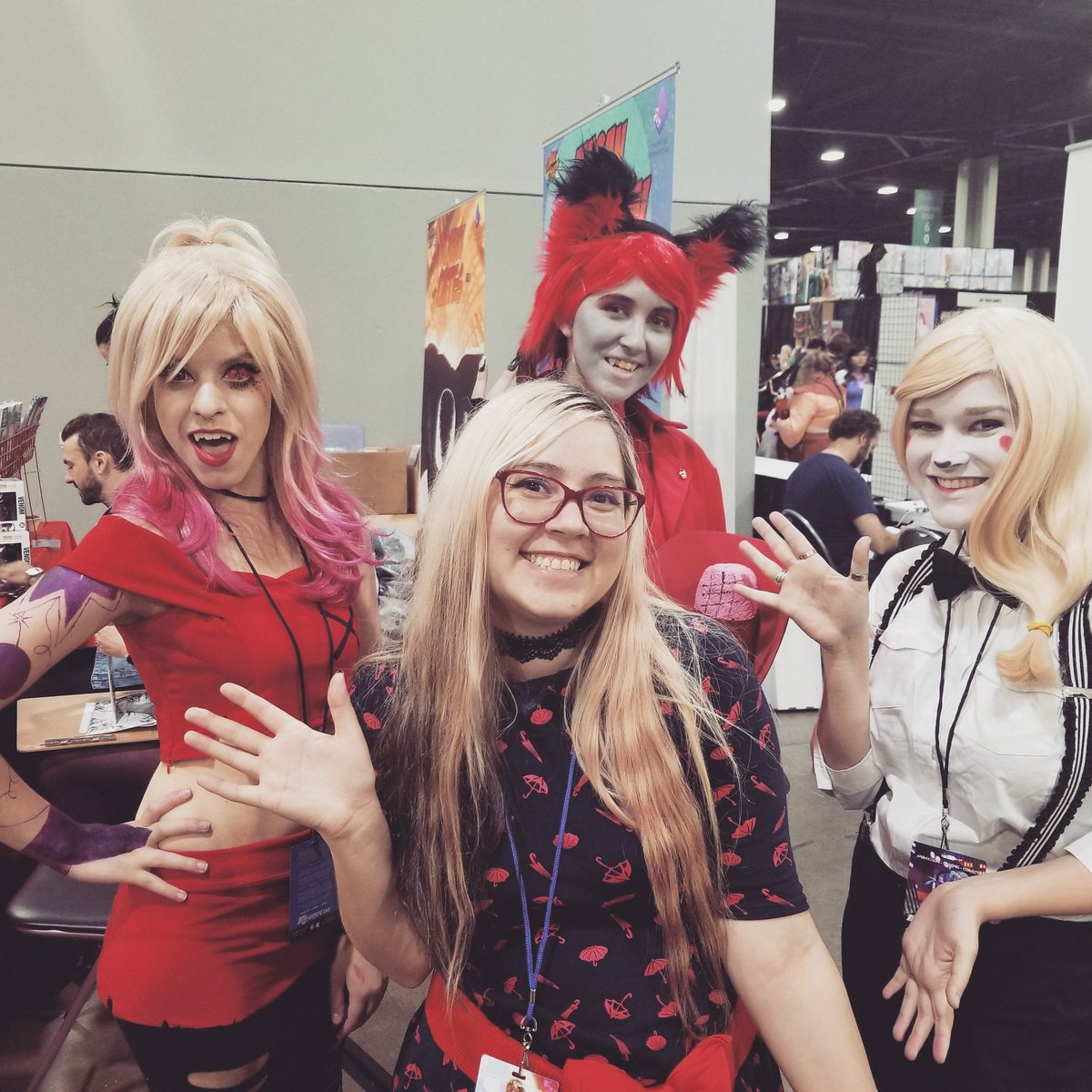 To know more about and for understanding, Vivienne Maree Medrano is famously known as VivziePop more precisely you can follow her on social media where she interacts with people and her fans.

Her social media handles are as follows:

Q1. What happened to VivziePop?

A1. VivziePop was surrounded by numerous controversies initially in her career, starting with her project Zoophilia, which initially fetched her fame and simultaneously gained her defamation too.

Q2. What happened to the Hazbin Hotel?

A2. ViviezPop’s one of the most successful and acknowledged projects of the animated series Hazbin Hotel gained lots of appreciation and after some time Viviez was accused of stealing and copying the Dollcreep’s artwork.

A3. The full name of the most acknowledged animator is Vivienne Maree Medrano is a native of Maryland USA was born in the year 1992 on the 28th of October. She is the loving daughter of her parents. VivziePop acquired her degree in graduation from the School of Visual Arts in the year 214 with adroitness in traditional animation.