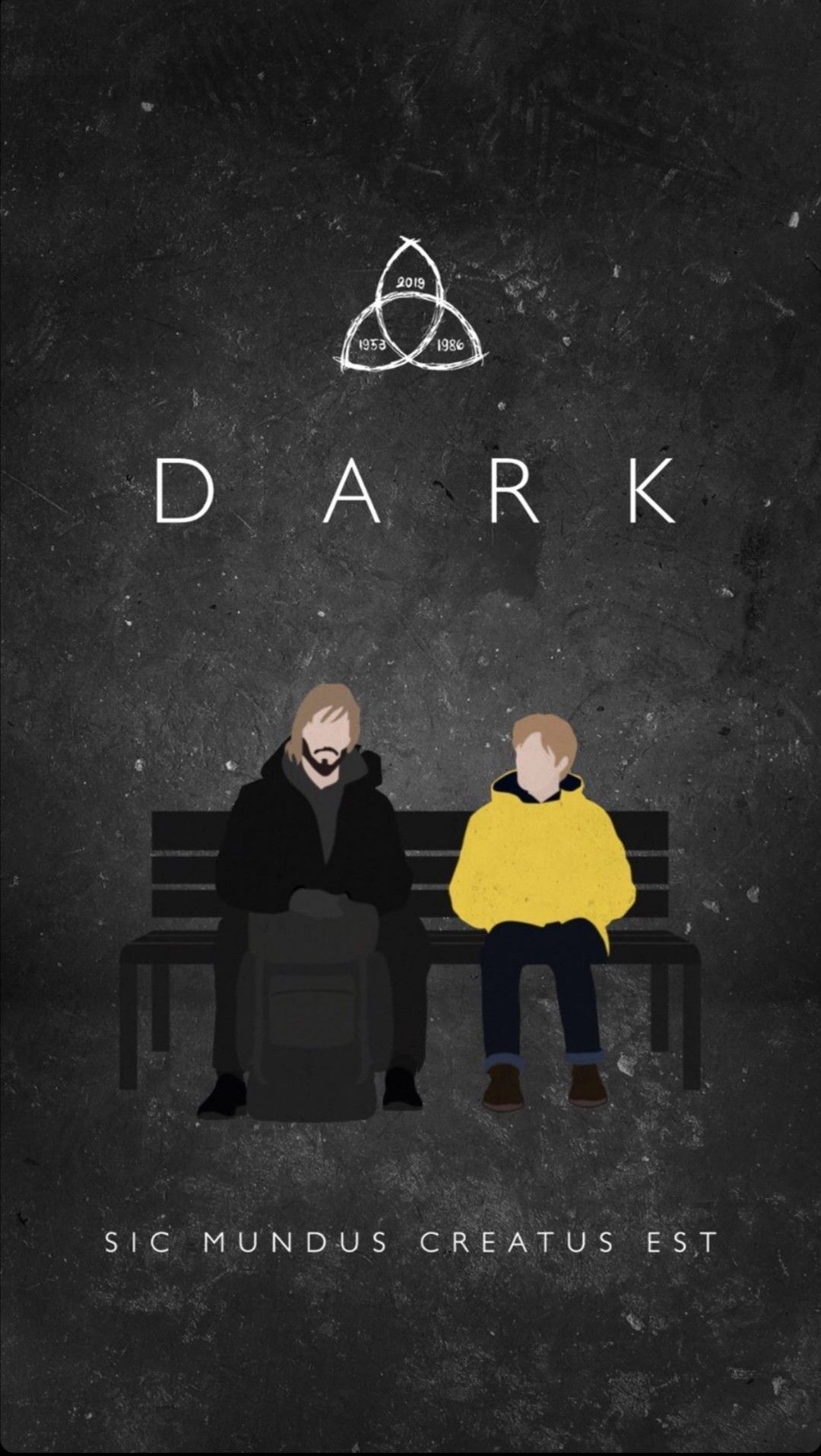 Hello readers! (Hallo in the German word for Hello)

Sic Mundus Creatus Est Meaning: I want to ask you something, do you believe in dark magic? or do you like watching dark shows? Have you ever watched the dark series available on Netflix? If not go and check it out especially the sixth episode of the first season of the “Dark” series which is named Sic Mundus Creatus Est Meaning “Thus the world was created”, directed by Baran bo Odar and written by Jantje Friese, Marc o. Seng, Martin Behnke, Daphne Ferraro, and Ronny Schalk. The Dark series is based on scientific, mythological tales, and philosophical terms, and legends. It initiates as the true crime story of a young boy starts who gets disappeared from a small town.

It is a German series, of mystery, thriller, tragedy, and science fiction genres. This series is composed by Ben Frost. It has three seasons with 26 episodes, produced by Justaya Musch, Jantje Friese, Quirin Berg, Max Wiedemann, and Baran bo Odar by the production company Wiedemann and Berg T.V.

Netflix’s “Dark” takes a slew of philosophical, scientific, and mythological stories, words, and legends to create a story that will leave you astonished at every turn. The story begins with a true-crime series where the disappearance of a young boy shakes a small town from its place.

However, with each stage, it advances in the maze of time travel. The fables of the gods and princesses tie themselves together with threads, which are repeated over and over in the three-season series. Sic Mundus is one of those things.  So what is the meaning of Sic Mundus? What is the relation of it with dark? Read below to know.

If you have seen the series then it is all good, read it further but I would like to warn you about a few spoiler alerts! Mainly, we are talking about the Sic Mundus Creatus Est Meaning but there will be few things related to the Netflix series ‘Dark’. And if you want to watch this series check it out and watch all three seasons!

Today, I am going to talk about the meaning of the title, this is a German series but the title is in the Latin language. Come with me and find out about its title Sic Mundus Creatus Est a little more. As I told you before also that the Sic Mundus Creatus Est Meaning is ‘Thus the world was created”, this phrase came from Emerald Tablet which is also called a Smaragdine tablet or the Tabula smaragdine. The creator of the text of the tablet is Hermes Trismegistus.

Now if we talk about the word, Sic Mundus Creatus Est Meaning the Travellers is a top-secret society of Sic Mundus led by the leader ‘Adam’ who is an older ‘Jonas Kahnwald’ in Winden. It was basically founded by Heinrich Tanenhaus, who was desperate to bring his dead wife ‘Charlotte’ back to life in the 19th century.

In the year 1921, Adam became the commander of the group and his acolytes work on gouging the passage for the time traveling in the caves of Winden. In the year 2020, all of them left their nerve center which was under the ground into Saint Christopher Church, there were four rooms.

The first one is the stove entryway, its an entrance where the phrase Sic Mundus Creatus Est has been engraved, the second room is Adam’s study room, it is a huge room in which on a wall there are pictures of the four families, prints of the devices for time-traveling which were framed, painting of Ruben named as the fall of the damned or a full-sized duplicate copy of it,

next one is the lab where there are a second wormhole and the construction of the machinery to steady for the time-traveling which should not be constricted by the cycle of 33 years. Lastly, there is a guest quarter, where ‘Jonas Kahnwald’ slept for one night and moves to 2053. 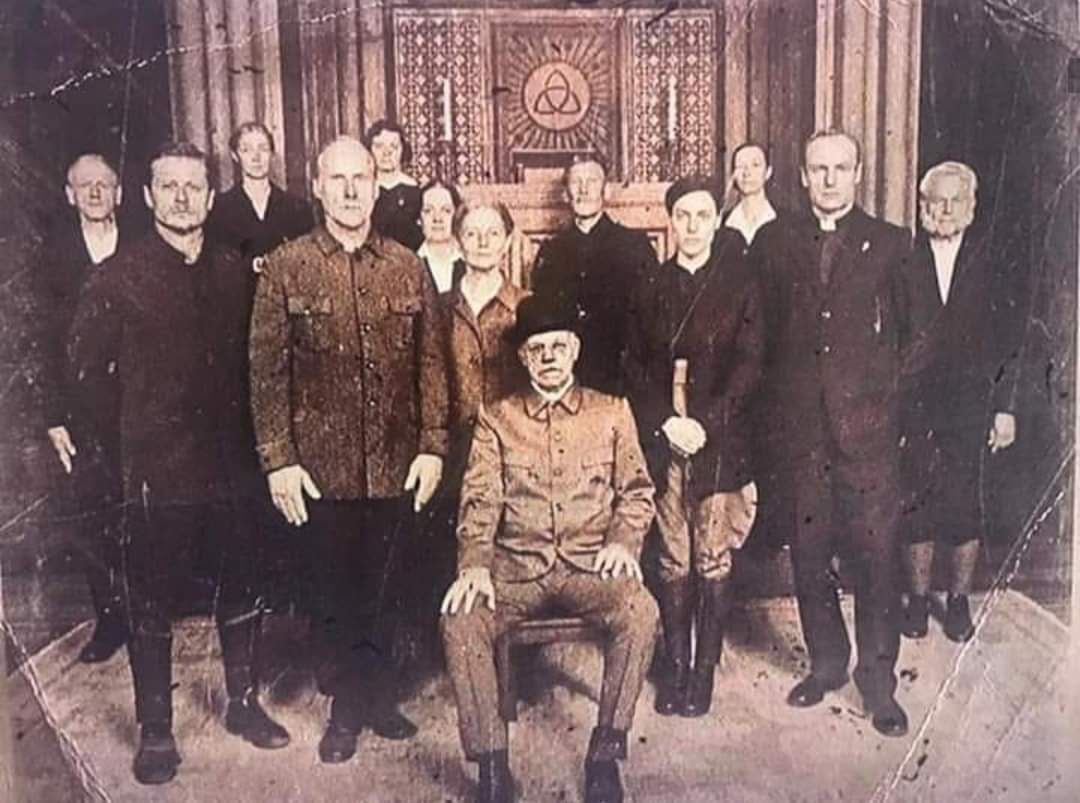 In the year 1888, Gustav, son of Heinrich, was the only person left until the other members that are Magnus Nielson, The Stranger, Bartosz Tiedmann, and Franziska Doppler showed up. The entire team members were Adam, Noah, Agnes Nielsen, Magnus Nielson, Franziska Doppler, Bartosz Tiedmann, Elisabeth Doppler, Charlotte Doppler, Gustav Tannhaus, Leopold Tannhaus, Heinrich Tannhaus (Founder), and Silja Tiedmann. They all traveled back in the year 2020 at the time of apocalypse to be in charge to create the machine time traveling machine. This phrase has been repeated so many times in the series.

Jonas saw this phrase on the door in the caves which allowed him to travel back and forth in time. There is one more term Triquetra’, which is the tablet Trinity Knot gives an inkling at a closed circuit of time where the past, the present, and the future consolidate into one another in such a way that no one can tell how and from where everything initiates. Later on, it was unveiled that there is not a single rather there are 3 parallel worlds and the problem will be solved only when the origin of these worlds will be known. 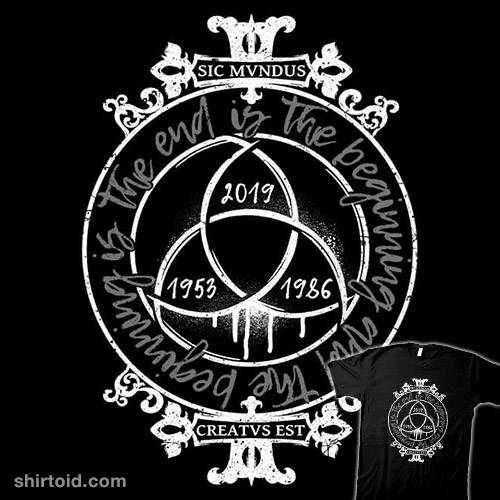 Adam believes that a new world can be created which will be free from any kind of time restriction once he will destroy this world. He wants to form a Paradise which he promised to his assistance and to say the phrase Sic Mundus Creatus Est.

But he, later on, realized that it’s not his world and he has no right to destroy it, he cannot destroy it. But Tanenhaus wanted to bring his dead family back to life and tried to do so. He created the world of Jonas when his machine and the magic worked. He discovered that the main root of all the problems in the world was him or at least he was half part of the entire problem. This is all in Sic Mundus Creatus Est Meaning.