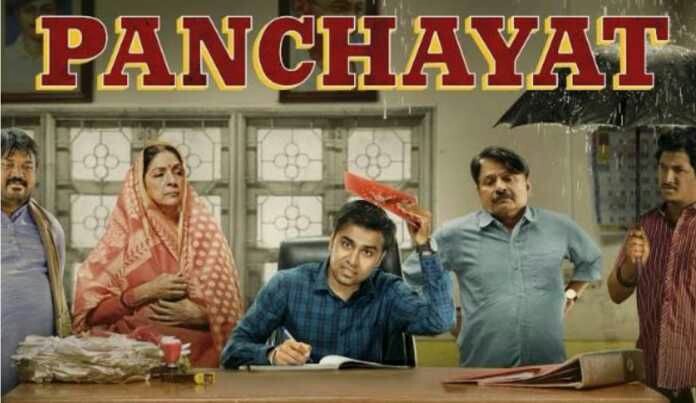 In this article, we are talking about Panchayat Season 2 which is an Indian comedy-drama web television series whose language is Hindi. The Panchayat Season 2 is created by The Viral Fever For Amazon Prime video. The director of this amazing comedy series is Deepak Kumar Mishra and the series scripted by Chandan Kumar.

Panchayat Season 2 is finally happening after a long wait confirms the lead actor Jitendra Kumar. We all know about Panchayat, the village council in India. But have you ever heard about the Web-series Panchayat? The village Panchayat is known for solving problems arising in the village but this Panchayat will give you a good laugh. This Indian web series is a fun-filled Comedy combo. The first season was a hit, it was released on Amazon prime and TVF. Based on a village called Phulera, this show never failed to entertain its fans and make a good impression about the name Panchayat. It scored good reviews from the fans and viewers, IMBd rating of Panchayat is 8.9.

The very first season of Panchayat premiered on Amazon prime video on the 3rd of April  2020. As it was released during the initial time of Lockdown in India it was viewed by many and was a huge hit. Panchayat is the story of the life of an Engineering graduate who joins as a panchayat secretary in a remote village of Uttarpradesh called Phulera due to a lack of job opportunities. The Official Trailer was released on March 30th,2020. It was written by Chandan Kumar and Tamojit Das and directed by Deepak Kumar Mishra. This is a combination of humor and reality. This story manifests the challenges an Engineering student faces in a remote village, the comedies make it more enjoyable. The characteristics of the villagers also add charm to the web series. 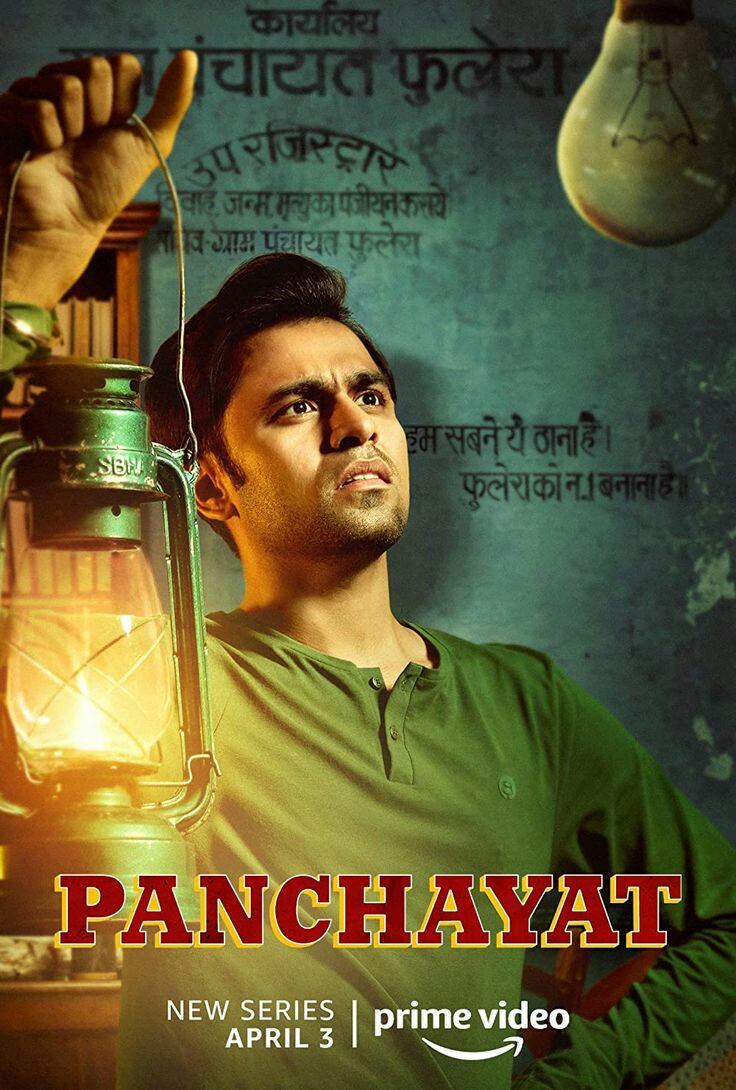 Panchayat Season 2  is going to telecast in Mumbai and this is the best web series “Panchayat” is gearing up with the second-best season and also you should know that the lead actor of this show is confirmed and the name is Jitendra Kumar.

Suddenly the lockdown was started and so many web series was stoped but this time is everything normal so every maker tries to reconnect with us So the writer and this story are already done but the second season is still underway and the plan is it will be done after lockdown is lifted and it is on,” Jitendra Kumar said.

The ending of the first series depicts much more possibilities for the renewal of Panchayat Season 2. Besides, this web series has gained fame and the fans certainly needed a new season of Panchayat and also it is the top-rated Indian web series of 2020. Hence, it is obvious that makers would give a shot.

On the other hand, the leading actor of the web series Jeetendra Kumar has confirmed that they are getting ready for the next season. His exact wordings were “Actually, the lockdown started soon after we finished the first season, and things came to a halt. Writing and story lineup for the second season is already underway. Official planning will be done after the lockdown is lifted. But yes, it’s on”.This made the fans of panchayat happy and excited. We can now be peaceful knowing that the next season will be arriving soon.

Season one of Panchayat was released in April 2020. All the episodes were released on the same day. It consists of eight episodes. Although Amazon and TVF have not mentioned anything regarding the commencement of filming and release date of Panchayat Season 2. We can expect it to be released in the second quarter of 2020. So, be patient and keep waiting!!

We do not know about the exact casts of the Panchayat Season 2. But the main lead of the story is Jeetendra Kumar who will continue to act as Abishek Tripathi. Neena Gupta and Raghuvir Yadav will be continuing as Manju Devi and her reel husband. We can also expect Chandan Roy as Vikas, Faisal Malik as Prahalat Pandey, and Biswajit Sarkar as Pradeek. Pooja Singh will return as Rinki. In addition to these cast members, we can also expect a new cast.

The expected plot of Panchayat Season 2:

In Panchayat Season 2, we can expect Abishek to decide to stay in the village. He enjoys the village lifestyle and gets to know Rinki more. We can also expect Love to flourish between Abishek and Rinki. Who knows maybe we can get a little more.

Know why Slasher Season 4 will not be streaming on Netflix?

Where to watch it :

In a world full of romance, thriller, horror, and action web series.  Panchayat is very realistic and expresses the exact scenario of a typical Indian Engineering graduate. It is really entertaining and good to watch.  All the eight episodes of Panchayat season one are Streaming on Amazon prime video. 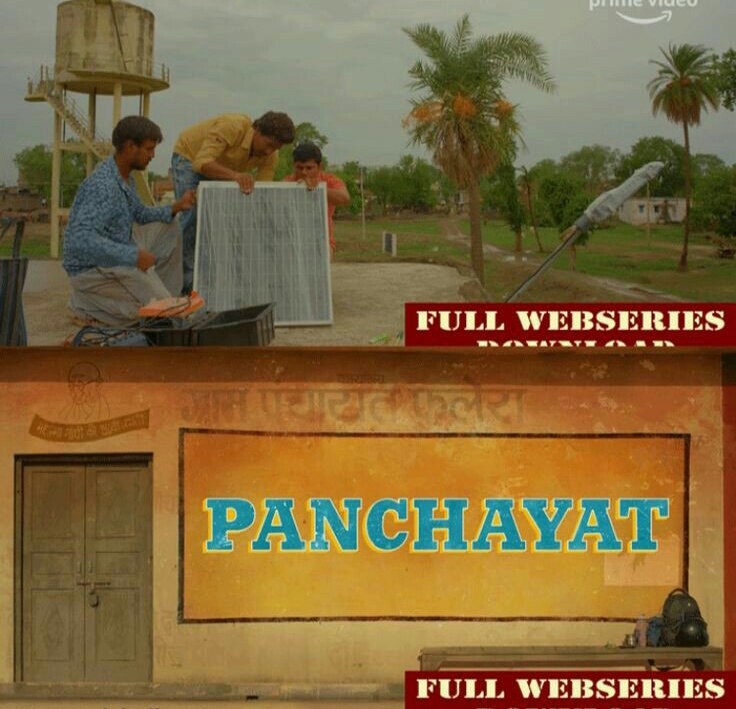 The web series Panchayat is portraying the lack of jobs for an Engineering graduate. After being denied the job of their interest they somehow manage to join any Job which they get. It may be a job not related to their field or maybe an engineering job without a proper salary. This web series clearly depicts the hurdles faced by an Engineering graduate. In the workplace, they need to get adjusted to various situations and people. This is what happens to Abishek in Panchayat. Though he doesn’t like the village lifestyle he needs to get used to it as he does not have another choice. So he remains to stay in the village and make things right. The writers and directors have put on a lot of humor to make the web series interesting. This series is a must to watch for all the youngsters and students who are expecting a sarcastic but meaningful web series.

So, Panchayat has created its own fans and viewers. Not to mention I am one of them. Let us wait for the Panchayat Season 2 to be released soon and to watch the chronicles of Abishek. Hope it will be released soon!!!!

Are you guys excited for Panchayat Season 2? Share your thoughts in the comments!

Shooter Season 4 Release Date Out!!?: Is It Renewed? What Is The Future? Release date | Plot | Trailer | Cast