Gadgetsblog
HomeEntertainmentWhat did PhewDiePie said to offend Joe Rogan? What was his reaction? Read ahead to find out. 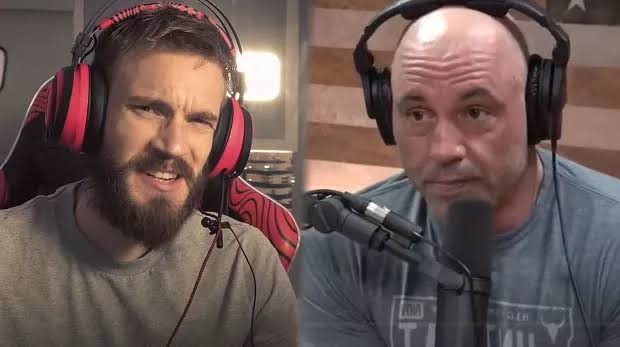 What did PhewDiePie said to offend Joe Rogan? What was his reaction? Read ahead to find out.

What did PhewDiePie say about Joe Rogan’s statement?

PhewDiePie is offended? Get to know everything about it here.

PhewDiePie started by his usual nipping remarks on the video of Joe Rogan where is compares Jiu-jitsu to video games. Phew mentioned that Rogan used an awful example for the subject however he gets what he’s striving to communicate. His one statement really motivated the gamers that were “You don’t have to be good at gaming to make a living’. And we have to say this is a really valid point taking in mind that there are many channels on youtube where there are amateurs gamers just enjoying what the do the best. And most of them are not professional.

The statement that made the most amount of buzz was PhewDiePie saying Joe sounded like Boomer. And he sarcastically said that it looks like Joe is talking about makeup when he is talking about videogames. Not sure what does that means. However, surprisingly he made his viewers understand joes point of view. And it’s not normal for people his age to consider gaming a normal thing.

PheDiePie has always been in the headline for passing offensive statements. Phew made is viewers understand that we are normal people and we are allowed to have an opinion and everyone’s opinion is different. And we just have to find the balance between everything.