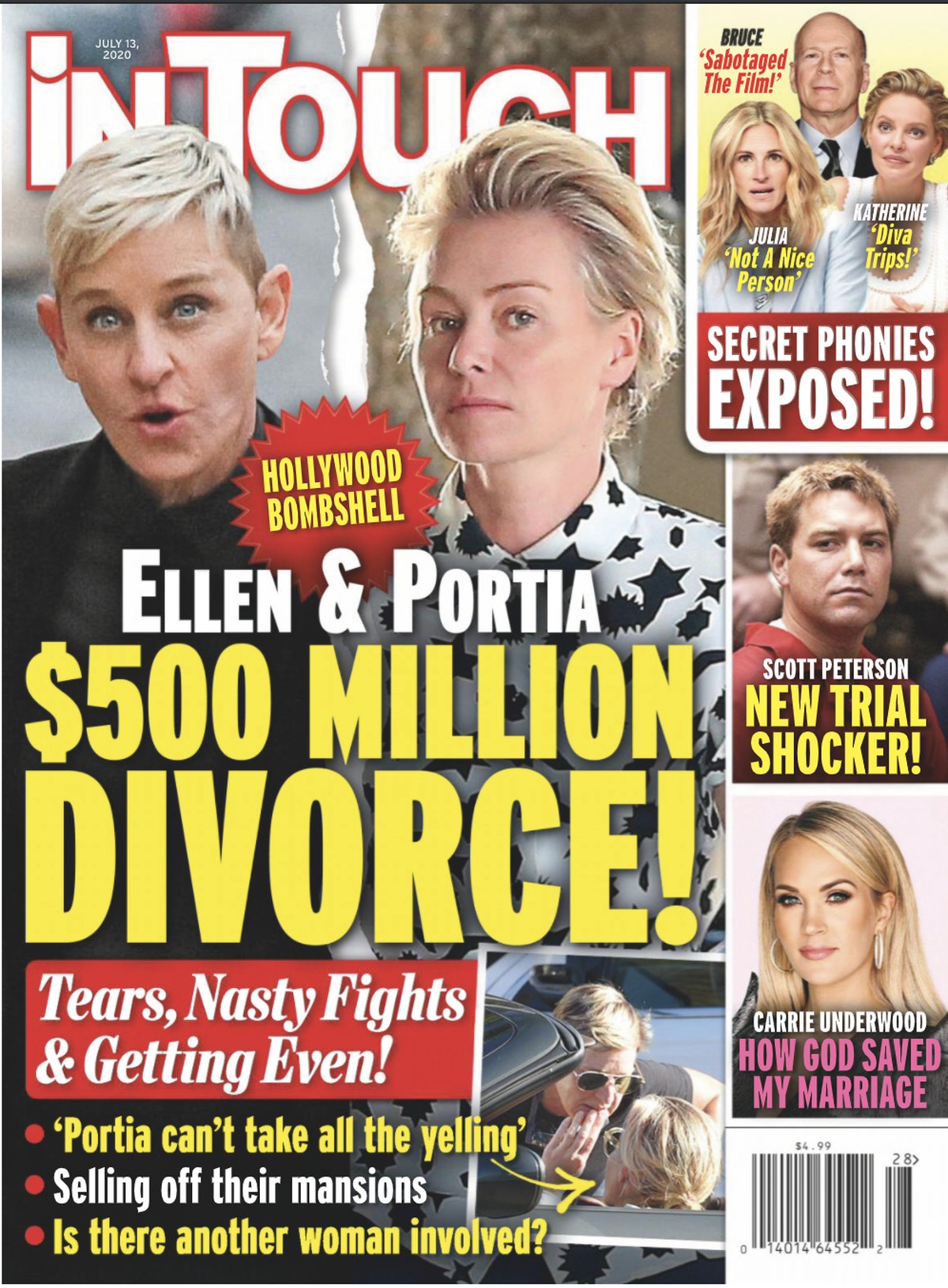 Ellen DeGeneres is one of the most popular faces in American television. He faced the worst Lockdown ever. First of all, it started with her show’s employees blaming her for non-payment of dues. Among all these, there had trouble with Portia De Rossi in paradise. We spotted Ellen last month running chores between this Lockdown. But DeGeneres looked completely happy and as unbothered about all that happening around. It seems a lot has changed since ever.

Any Marital issues between them?

Sources asserted that Ellen DeGeneres and Portia de Rossi are ready to adopt a child. But prior to this decision, the couple had some marital issues. They had these issues because of Ellen, as she is work minded. And prefers work rather than spending time with De Rossi. So they decided to adopt a child and expected to stick their broken pieces together. This would mean a new-onset for their lives.

However, DeGeneres neglected De Rossi, and this finally grabbed them out of their adoption plan. And the Rumours about them falling apart, leading towards Divorce circulated. It had said that Portia expected a divorce. But this declared rumor had disproved by Gossip Cop, and Ellen never wanted to fall apart from Portia. And they also said that things were eventually working it well between them.

Even though they had no children, they do have their animals. Ellen always believes that animals are the closest creatures to God. They had four dogs and three cats. Instead, DeGeneres had her own Wildlife Fund to support endangered species. Ellen getting pregnant and adopting has become the favorite gossip in the column. They two shared a good laugh about this topic, too, and cleared about it. So Ellen DeGeneres and Portia De Rossi headed toward Divorce with $500 million, all a lie and rumors were getting spread about this matter.