Beastars Season-2??Can We Expect The Season Now???Scroll Down To Know More About Beastars 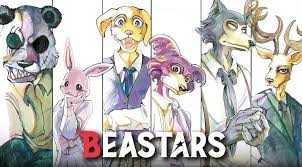 Welcome to the movie lovers who are addicted to unique and content movies. Anime series are one of the topmost trending series standing against other series where the blooming of anime is increasing day by day. One of the popular Japanese manga series remembers us about  BEASTARS;  where the season got huge likes and following on Netflix page and site. Today our article is all about the season 2 details, plot, and others of Beastars.

This series is a Japanese manga series created by paru Itagaki where it is directed in English by Shinichi matsumi, Nanami Higuchi, and production by studio orange and produced by NetFlix originals all over japan based on its popularity. Season 1 got huge likes and views based on its story narration where it consists of 12episodes.

The story takes place in a modernized civil world with animals in a cultural divide between carnivore and herbivores, where these are science terms:((. Carnivores are eating other animals, whereas herbivores are dependent on plants.

The series takes its name as Beastar an individual of great talent, service, and notoriety. The story follows by the lead role Legoshi a large gray wolf; timid and quiet student of cherry on academy where he lives in a dorm with other carnivore students. As a member of the school’s drama club,legoshi works as a stage head and supports the actors of the club headed by the star pupil Louis; red deer.

Tem the alpaca is brutally murdered and devoured in the night setting off a wave of unease between herbivore and carnivore students. Where the story makes us excited about the murder mystery in the season. At the same time of the murder;legoshi has a fateful encounter with Haru, a small dwarf rabbit who has been in love with Louis and begins developing feelings for her. An awesome part is waiting for us in the part-2!!! 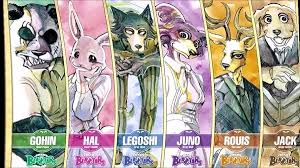 The cast in this new season is Chikahiro Kobayashi as legoshi;Sayaka senbongi as Haru; junta enoki as jack; Yoshiyuki shimozuma as vass; Atsumi Tanizaki as Juno and Akio Otsuka as gouging, where others reprise their supporting roles based on the plot and all.

Beastar won awards for its content and screenplay, where we are expecting it the other part to awesome which is releasing at the end of 2020 in India.