Ellen DeGeneres and Portia are one of the oldest couples of the Hollywood industry. They have been married for more than a decade; they have to face a lot of rumors. Well, there are ups … 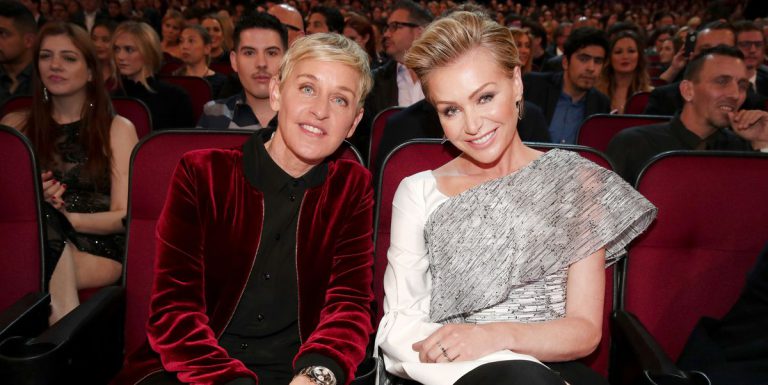 Ellen DeGeneres and Portia are one of the oldest couples of the Hollywood industry. They have been married for more than a decade; they have to face a lot of rumors. Well, there are ups and downs in every relationship. But as far as celebrity couples are concerned, they have to deal with various kinds of rumors. Same with Ellen and Portia. There is a rumor that Portia is leaving Ellen for a MAN. Well, it is not the first time such kind of rumors is there.

In 2016, the same kind of rumor spread that Portia is leaving Ellen for a man. According to the source of that time, Portia was cheating o Ellen. Portia is claimed to have a romantic relationship with one of his co-star. It was believed that she is going to leave Ellen for him. Well, it turned out that all the news is just Fake and nothing sort of this ever happened.

Ellen is head over heels mad for Portia. They celebrated their 11 wedding anniversary in 2019. Ahe posted a photo of them together with a cute caption. “Happy Anniversary Portia 11 years. My favorite number with my favorite person.” Well, we all can agree that Portia is one of the favorite people of Ellen. However, their romance didn’t stop there. In 2019 December, they celebrated their 15 years of togetherness as a couple. Well, it’s really a big accomplishment in today’s life because the relationship doesn’t stand that long these days.

Well, this kind of rumor again came back to Hollywood. To which the couple starts avoiding the rumors and stay happy in their relationship. And obviously, Portia is not leaving Ellen; They just don’t care about the rumors anymore.

That’s all for now, for more, Stay Tuned.