Kaitlyn Carter opens about her breakup with Miley Cyrus. Was Miley Cyrus cheating on her? She revealed everything!

Everyone was shocked as they know that Miley Cyrus and Liam Hemsworth announced their Divorce. As the couple was together for decades snd no one knows it is going to end so bad, and it … 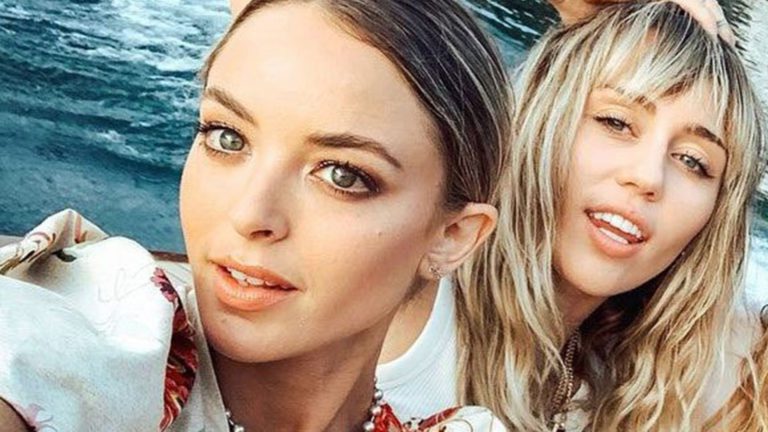 Everyone was shocked as they know that Miley Cyrus and Liam Hemsworth announced their Divorce. As the couple was together for decades snd no one knows it is going to end so bad, and it was completely a shock for people as well as for Liam.

The was a rumor that Cyrus was spotted getting romantic with her former friend, Kaitlyn Carter. After some reliable sources, the story was being confirmed. Carter was also heeling from her relationship with Broody Jenner.

From the initial moment when there kissing photos went viral, people started obsessing over them. They were spotted at New York Fashion week doing all the cute stuff people in a relationship do. The pair also spent Carter’s birthday together. However, just after six weeks, their relationship failed miserably.

As quick as the romance between the two begins, it ended abruptly shocking everyone, including Kaitlyn Carter.

Kaitlyn stated, “Miley did not want to rush into anything.” They called off their relationship because Miley was just not ready for a relationship; she was not looking for a relationship. She just wanted to focus on her career right now. Miley and Kaitlyn spend their time together almost every day, and that’s what she doesn’t want.

Their relationship ended so badly that Kaitlyn and Miley are not even Friends. The breakup was soo upsetting for Kaitlyn that she doesn’t even want to be in talking terms with her. Kaitlyn was so attached to Miley, but we all know her; she is a free bird who didn’t want to be in a cage.

She explained that “What happened to me, basically just after Miley and I went our separate ways, I thought OK, my life’s just kinda going back to the way it normally was for me when I’m on my own.” She further added “I had no expectations that anyone would give about me by myself. I had no plan in place. I didn’t think about anything.”

That’s all for now for more updates stay tuned.

Wants to know the Quarantine days of Nia Long?All you need to know is here check it out