This thrilling, sci-fi series was created by the Duffer Brothers. The Brothers pitched it to 15 or so other networks, however, none of them wanted to pick up an adult show about children, they suggested sticking to either an adult plotline or kid plotline, but they wouldn’t compromise. Finally, they met Shawn Levy and Dan Cohen they’re now executive producers.

We should expect to see most of the main cast in the next season like David Harbour , Winona Ryder ,Finn Wolfhard, Millie Bobby Brown, Gaten Matarazzo, Caleb McLaughlin,Noah Schnapps, and many more. 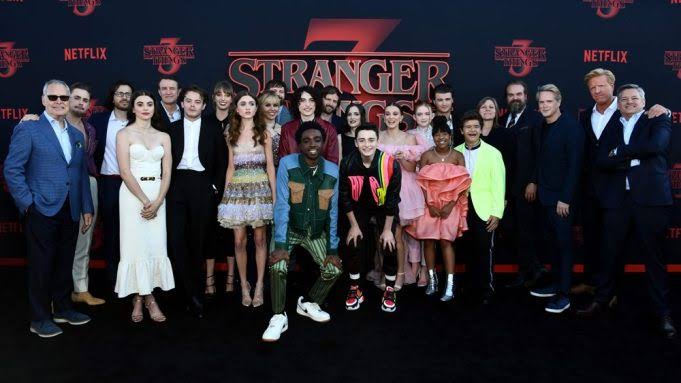 Just hours after Stranger Things 3 premiere theories began popping up online about season 4. Scoops of Ahoy ice cream wouldn’t even have melted by these theories were posted. Each season of the show has tackled some of the big holidays namely Christmas, Halloween.

It makes sense that next year Easter would be chosen next, so basically  Easter comes for our favourite Hawkins citizens but maybe a worldwide disaster creates a real threat from the mine flare and put Hopper’s possible survival in jeopardy, this is how the theory goes, and Mike and Eleven already discussed meeting up on a Thanksgiving break.

Also even with El moving in with Joyce, will and Jonathan, we may see a great sibling bond

So the main question is what is the release date for Stranger Things season 4?

According to tv time, filming was scheduled to wrap sometime around August with a potential  December 2020/January For reference season  3 began shooting in April 2018, Wrapped in November 2018 and aired in July 2019, expect a similar schedule is normal but the current Situation may be delayed the schedule,so maybe it comes in next year, now fans can watch the teaser in YouTube and till then fingers crossed and hope for the best.