Will the Corona virus Outbreak stop the production and release of OZARK season 4? What can happening in the next season?

Contents OZARK SEASON 4Plot:Release date:Cast: OZARK SEASON 4 Ozark is one of the Crime Drama series on Netflix. It is directed by Mark Williams and Bill Dubuque. The season 3 of the show has left … 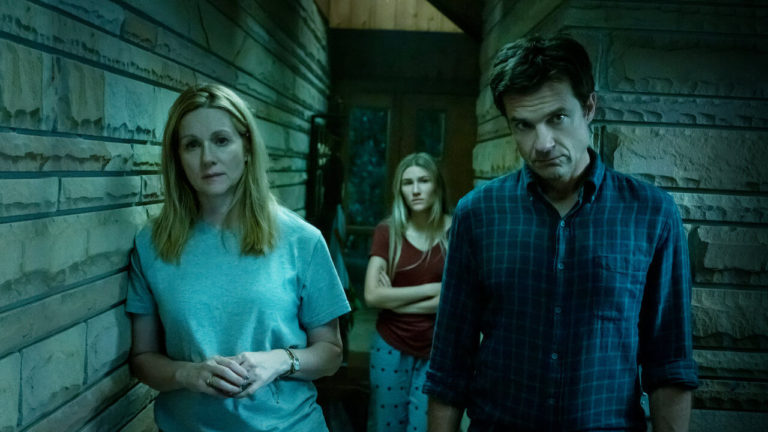 Ozark is one of the Crime Drama series on Netflix. It is directed by Mark Williams and Bill Dubuque. The season 3 of the show has left its fans awaiting more for the fun of Byrde Family. The Netflix original series has a huge fan base and is gradually becoming one of the favorite originals on Netflix.
The Ozark from the starting of the show has a great direction and acting, which without a doubt, makes it one of the best crime drama shows we can binge-watch. So the renewal of the show is needed and must for their fans.

As the third season of the series is just on the platform doing great, the writing for the next season is still on. So it is very positive to expect that season 4 will take time to hit the screens. But until that, we try to give what news update we have till now. Netflix is yet to reveal the dates for the series yet. Also, there are many chances of more delay because of the coronavirus outbreak. Due to this, the company is facing many production issues. And for the time being, has stopped all its originals progress.
Until we get relief from the pandemic, we are unable to tell the latest from Netflix and other officials.

In the previous season, we saw how the death of ben affected Ruth’s relations with the Byrdes family. Also, the decisions she is taking, like distancing herself from them. And also, she is joining the poppy farm with Darlene. Much of the story about her cousin brother Wyatt is still yet to be disclosed. This decision of distancing herself and giving up loyalty with Byrdes seems quite meaningful to Ruth.
She is finding it easy to perform and live life. We get to know the changes in her life and how Darlene offered her a position to manage the day to day production. She is to be ensuring the regular production and heroin manufacture on-site that is to be sent for distribution. She is urging about her decision and cares more for Darlene. Darlene proved to be more loyal and showed a great amount to positive gestures towards Ruth in just a few months.

Now, as Ruth left the connection between the KC mob and Byrdes Family, now Darlene has become the connection in moving the cartel cash. She is now functioning in Lake Ozark, which is surely gonna bring some great adventure and thrill to the show. This means you are to wait for many fireworks this time in season 4.

The production for season 4 is to start in these summers of 2020, but due to the coronavirus outbreak, it is withheld. Netflix has stopped the production of its originals due to pandemic and will restart it as soon as it gets over. So it might get delayed by a few months. Hence there is no official release date we have for the next part of the show.

The previous cast of the show is returning to re-own their characters like Jason Bateman as Marty Byrde, Julia Garner, as Ruth. Also, the others from the Byrde Family are to return like Laura Linney as Wendy, etc.
https://www.instachronicles.com/2020/02/23/much-awaited-spanish-drama-thriller-money-heist-season-4-of-la-casa-de-papel-is-coming-know-each-and-every-details-about-this-show/

Money Heist season 5: Will the new season be the last season? Get all the updated information about Release Date And Plot for the fifth coming season.