Gadgetsblog
HomeEntertainmentThe Conjuring 3 is about to release in cinemas? Know the storyline.

The Conjuring 3 is about to release in cinemas? Know the storyline.

If you like to watch a horror movie, then you may know the famous demonologist and Paranormal investigator Ed and Lorraine Warren. Ed and Lorraine Warren have investigated lots of paranormal cases. Among which one of the notable instances was Annabelle.
So it is the biggest news for you that New Line Cinema company is bringing up with the new part of the conjuring series, which is automatically based on Ed and Lorraine Warren investigation. Yes, you heard it right that Conjuring 3 is going to be released on the big screen.
The official releasing date of Conjuring 3 is also declared. So in India, it will be released on 11th September 2020. It is guaranteed that conjuring three will give you goosebumps. As the tagline assumes it, “The Devil made me do it”.
You will enjoy this movie. So hold your breath and experience the horror of Conjuring 3.

Actors being cast in Conjuring 3 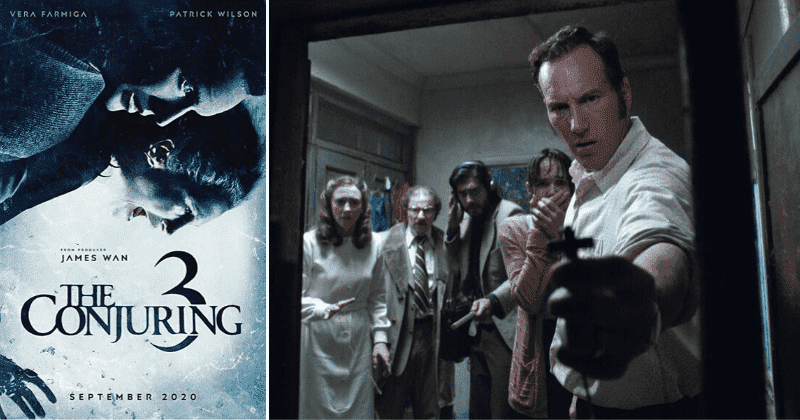 The main plot of the movie

According to director Michael Chaves, the Conjuring part 3 movie will create a horror mood in your mind. This movie will be very much different as compared to the other conjuring movies.
As you all know that all the parts of the conjuring movie world are taken from the Ed and Lorraine Warren investigation files. So this story is also made from Ed and Lorraine, one of the most sensational stories. This story is full of so much chilling horror that it even shocked Ed and Lorraine when they two were investigating on this case.Source:-
Trending News Buzz The story is all about the revelation of murder and unknown demonic presence. Which possessed a young soul of the house. You will like this story because it is different from any other horror stories.