Gadgetsblog
HomeEntertainmentHulu's Future Man Season 3: The show's latest season has some gripping Science Fiction concepts to share with you... 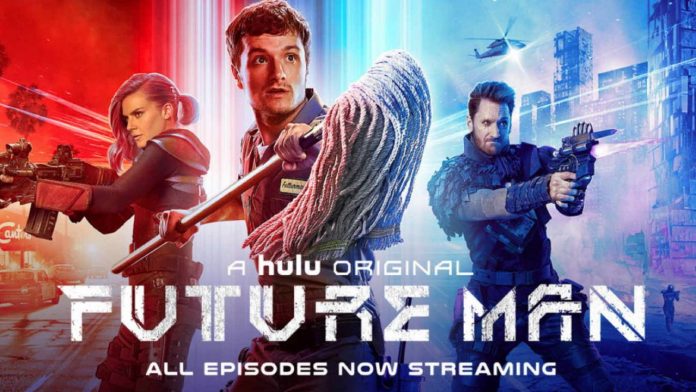 Hulu’s Future Man Season 3: The show’s latest season has some gripping Science Fiction concepts to share with you…

BACK TO THE FUTURE??

Future Man is an American comedy web series. It deals with the plot of an underachieving Janitor, Josh Futterman who plays a game Biotic Wars, and wins it. The game is said to be unbeatable. As soon as he completes the game, the two main leads of the game Tiger and Wolf appear and take Josh with them to save the world from the actual Biotic Wars. Josh and his companions travel through time in the future.thebuzzpaper.com The series was created by Howard Overman, Kyle Hunter, and Ariel Shaffir. The show premiered in the second week of November 2017.
It stars Josh Hutcherson, Eliza Coupe, Derek Wilson and other actors like Ed Begley Jr., Glenne Headly. The show is executive produced by Rogen and Goldberg. The last season of the show (third season) was released recently on 3rd April 2020.

RESPONSE TO THE SHOW

The show was very well acclaimed by the critics and the audience also seemed to love the third installment. It is said that the best thing in the show is the chemistry which the characters share amongst each other and the dumb, but meant to be fun comedy, sequences which lighten the sci-fi season.
In 2018, the show was nominated for the “Best New Media Super Hero Series” at the 44th Saturn Awards.

The series, especially the latest season, provides the viewers really cool science concepts from the Time-Traveling Device to the DNA-based transmitter, to Haven, the land after time. These concepts are those which are not heard much of in general science. This is the beauty of the show.
Future Man is the best amalgamation of ‘situational comedy’, unique script, and great unique scientific episodes. Definitely a binge-watch, especially for the kids. The show aired all its eight episodes of season 3 on the 3rd, this month.

In June 2017, Glenne Headly died after shooting for few episodes of the first season out of the scheduled 13 episodes. Also, the producers had announced that she will not be recast for the further episodes she had to appear in. Hence, the writers had to amend those scenes.