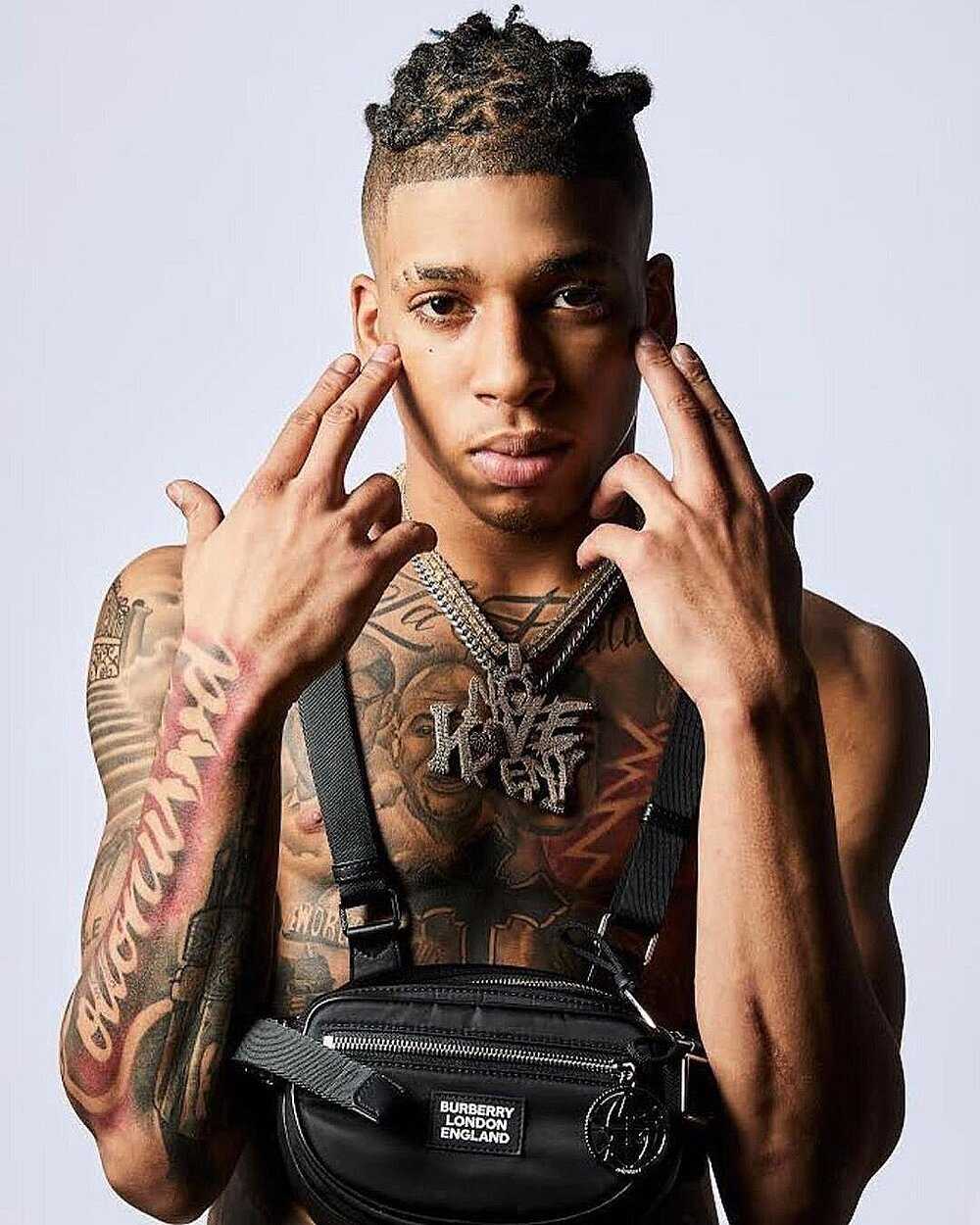 NLE Choppa girlfriend: WHO IS SHE?

NLE Choppa girlfriend: Bryson Lashun Potts, well known as NLE Choppa, is a profound teen rapper. He is famous for his single”shotta flow” in 2019. “Shotta flow” was at number 36 on the billboard hot 100.

NLE’s a rapper who has a great rapport with the millions across the world. His personal life is being a hot topic ever since his famous. The teen rapper-singer-songwriter has already got into relationships and his ex-girlfriend already has his daughter. He then dated a CEO of an eyelashes company and that too ended. So now who’s NLE Choppa girlfriend?

Kelsey Henson: UNTOLD SECRETS!!! ‘The Mountain’s ‘ wife, Who is she and what revelations does she have? Bio, Age

So what has actually happened with his ex-GF? The “forever” story has ended forever. What is his present relationship status? Who is NLE Choppa girlfriend now?  A lot more to know. Let’s get into it.

As of now, 2021, NLE’s status seems to be publicly single.  Even though the rumors exist about his secret relationship with someone but there isn’t any proof about his present relationship and girlfriend.

However, talks about Choppa and  Yung Blasian are hovering after their appearance on Instagram. The rapper’s life 8s sprinting with success on the one side and rumors,  depression,  accuses on the other side. Besides all these, he always tried to keep a track of his life and issues.

The rumors about Yung Blasian, CEO of Wink by Blasian, with NLE, seemed to be true when NLE posted in his ig. Later on, the posts were deleted by NLE. And yes, their relationship ended in 2020 itself. 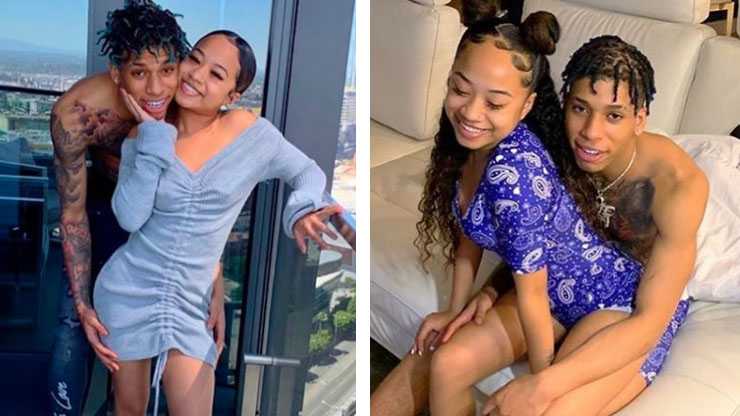 So as of now, NLE Choppa is single.

What happened with NLE’s love life?

So that’s in 2019 when NLE started dating a beautiful young black woman named Mariah. The couple was so happy with their relationship. They were so happy that it was already sensational news to the fans across the world. It was so good that it seemed to be a forever relationship between Mariah and NLE. NLE also declared that his love song “Forever” is for Mariah. It was going well until the relationship started to be sour with each other. The relationship was for a year or less and then they broke up. The cute couple has ended their relationship in a year and that was so heartbreaking to NLE’S fans.

This is the story on one side but on the other side, NLE Choppa girlfriend, Mariah was already pregnant when they were breaking up. This had a lot of influence on NLE who wished for a baby boy. Yes, NLE wished his first baby to be a baby boy. 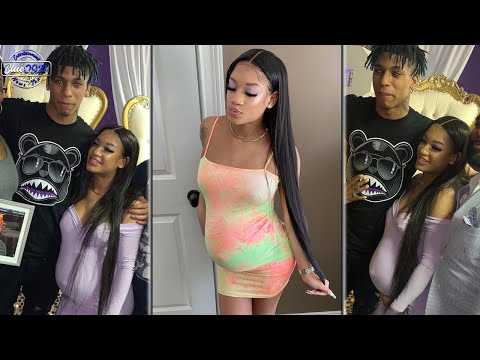 However, the couple is blessed with a baby girl and NLE was still happy. It was so secret until NLE Choppa girlfriend, Mariah confirmed it on social media about her pregnancy. NLE Choppa expressed his happiness through social media saying, ” My daughter is beyond beautiful,  Daddy’s little goddess”.

My Daughter Is Beyond Beautiful, Daddy’s Little Goddess 💜😊 pic.twitter.com/w6DGohnIDl

There were a lot of issues that happened between them and their relationship has ended like nowhere but the child is still loved by both. At present clover is with his mom, Mariah.

In the pic: Mariah with her daughter Clover Brylie Potts.

The NLE is now busy with his single life, even though he wishes his daughter to be with him. He seemed to be so protective over his first baby. He considers his daughter as a princess, goddess, and whatnot as we can see on social media. Mariah is dating another guy and is so happy with her new relationship.

Is NLE Dating anyone!?

No, NLE is not dating anyone rn publicly. As mentioned above his last relationship to date was with Yung Blasian which ended in 2020. There is no official information about NLE Choppa girlfriend at present.  But the talks are still existing and talks about him dating someone who is kept secret is continuing. After all, We have to wait until the rumor is proved true. Till then the answer is just no.

NLE Choppa is an American rapper from Memphis, Tennessee. He is good at trap and hip hop genres and that’s what he’s famous for. The instruments he uses are vocals.

He was born to a Nigerian father and a Jamaican mother. Raised in Memphis,  he began his career at 15. There were many ups and downs as the success in rapping field isn’t easy -peasy. But then NLE Choppa is recognized for the first time across the world in 2019 with his “shotta flow”. Later on, he released many remixes with his all-time breakthrough “Shotta flow “, and many other albums.

NLE is good at “animated vocals”. He is an energetic teen rapper. However, like great personalities, he too has a lot of pressure. But then he is awakened with his new show ” Awakened Choppa” on YouTube.

This young Rapper, NLE Choppa earns a net worth of 3 million dollars, as per the records of 2021. He is relatively younger than many rappers and Yet stands to be a millionaire in his teen. He also has a lot of jewelry collections. He completely lives a clean and perfect lifestyle.

NLE Choppa worked with many famous and popular rappers. He collaborated with Rappers like Robby Rich and Meek Mill. Now he himself is a famous rapper and it is so significant.

NLE’s raps were mostly violent and on violence but now he declares to end the violent side and starting a positive energetic rapping. He also urges to change his surroundings positively. 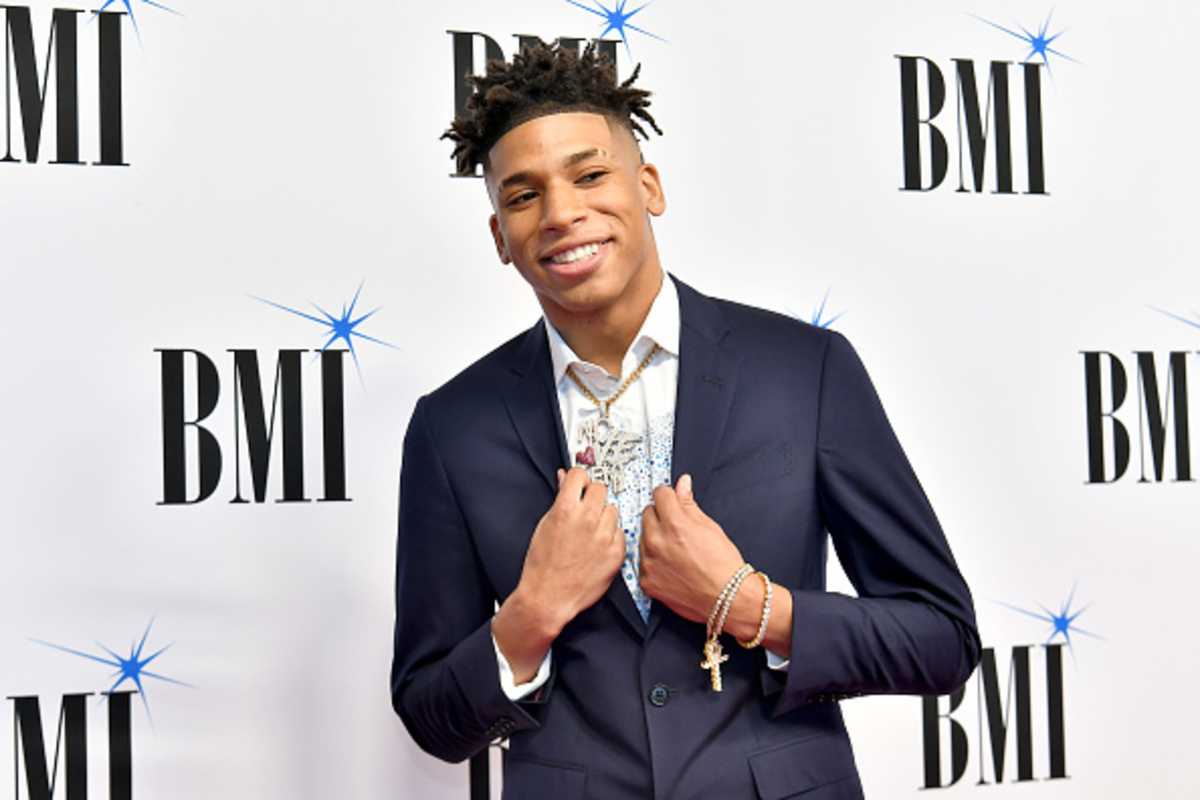 So guys here is about the popular young- teen- rapper-singer-songwriter NLE choppa’s relationship status, NLE Choppa girlfriend and ex-girlfriends, his daughter, and lifestyle.