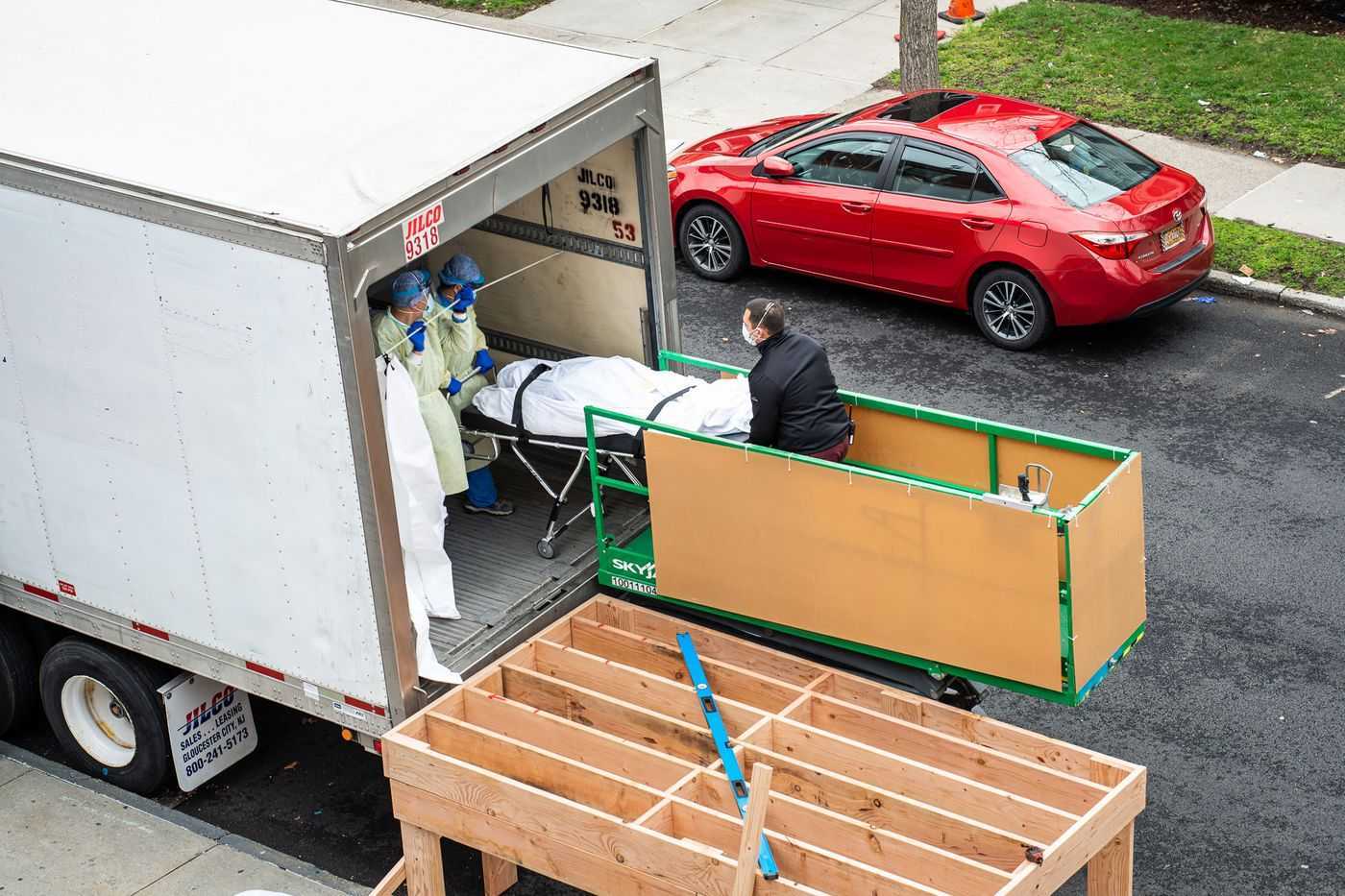 The Department of Health and Mental Hygiene said it has not abandoned the trucks — which were first set up as temporary morgues in 2014 amid a surge of deaths from COVID-19 at the height of the pandemic.

“We are still using these FDNY trucks for storage, but they are now also being used to transport victims who need refrigeration during warmer months when we can’t store them inside buildings,” spokesperson Sam Miller told NBC News via email. “It’s important that people understand this distinction.” 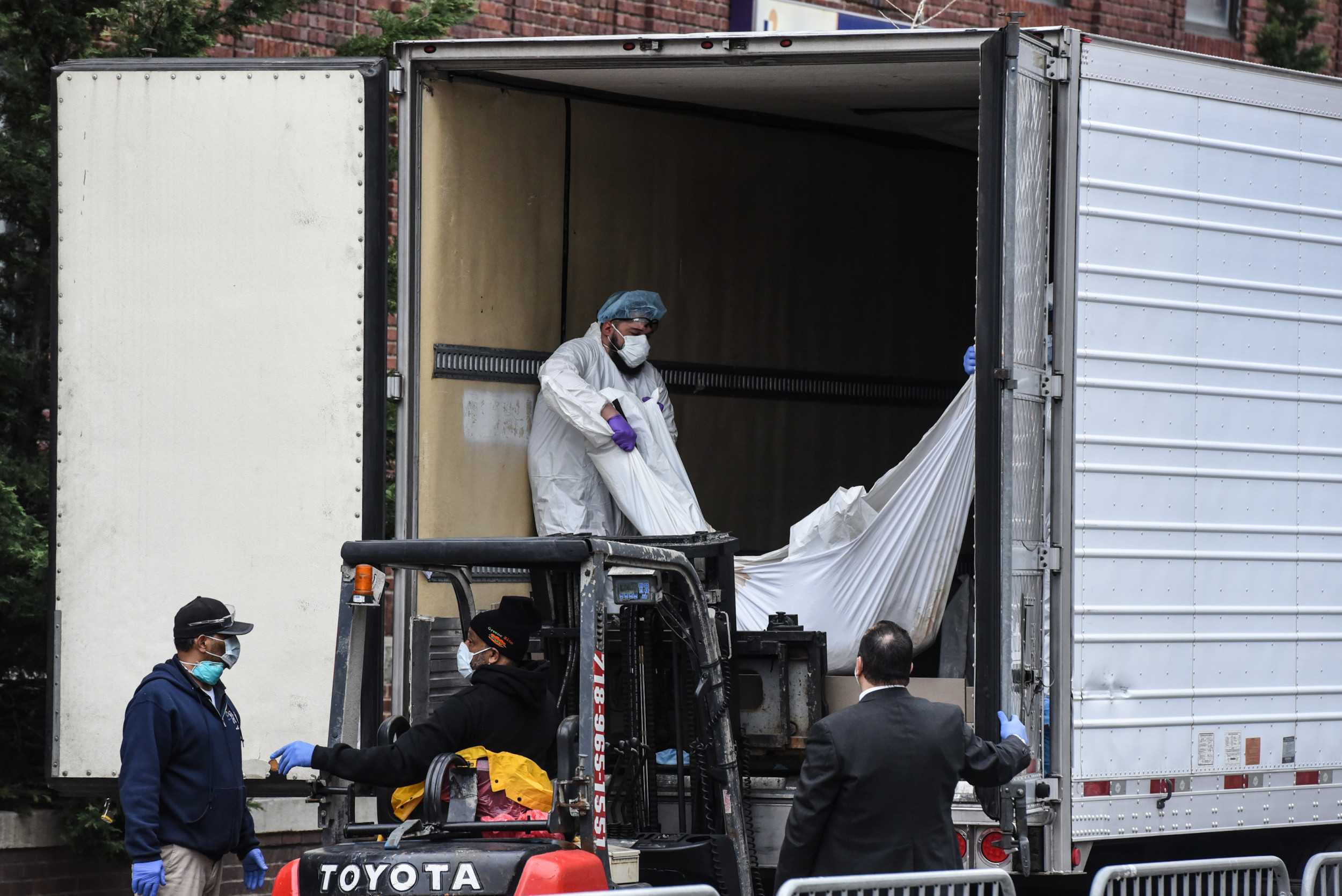 Inspectors have found problems with how bodies are stored in one truck, according to inspection reports shared by NBC News on Wednesday night, they are storing the body in the truck in a different kind of bag that does not protect against COVID-19.

Some officials are saying the trucks should be used for transport only and either new facilities or other options need to be found. “We don’t have any plans on building anything else,” said Sam Miller, a spokesman with NYC Department of Health and Mental Hygiene. “It’s important that people understand this distinction.”

Why they are doing it

The current situation is unacceptable according to experts like Dr. Antonella Zanardi, an infectious disease specialist at Rome’s Istituto Superiore di Sanita who has studied how the virus spreads including through hospital corridors where it “seems impossible” to contain because viral droplets stick around in the air long after.

It is not good to store the body in a refrigerated truck-like that is not appropriate for the C.O.VID-19 virus

The trucks should only be used for transporting corpses, and new facilities or other options need to be found, according a former New York City health commissioner who spoke on condition of anonymity because he was not authorized by his current employer to speak publicly about this issue. The current situation is unacceptable according to experts like Dr Antonella Zanardi an infectious disease specialist at Rome’s Istituto Superiore di Sanita who has studied how the virus spreads including through hospital corridors where it “seems impossible” to contain because viral droplets stick around in the air long after.

It is not good that people are storing bodies that died from COVID-19. 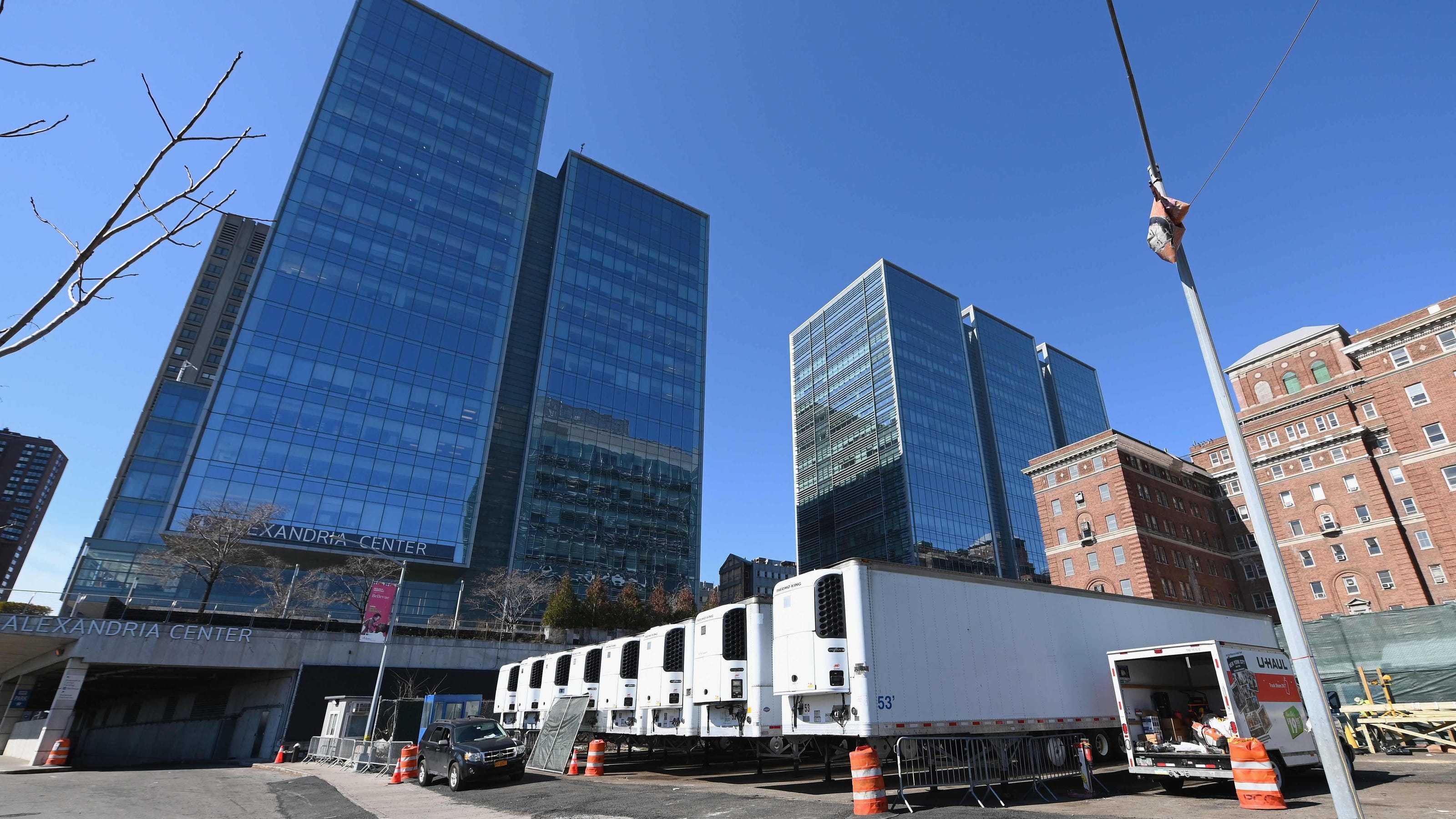 The city’s medical examiner’s office said Friday that 750 bodies are being held in long-term storage. It is not uncommon for family members to take years sorting out the final resting places of their loved ones, but with more and more people dying each year due to natural disasters or drug overdose epidemics such as fentanyl, this process can be difficult on families who have lost a loved one unexpectedly.

The Office of Chief Medical Examiner has been working hard at increasing its efficiency by shortening the amount of time it holds unclaimed remains from 50 days down to 14 days before burying them on Hart Island – which would save space and make room for other bodies if needed.”

Mark Desire, a spokesperson for the medical examiner’s office said that permanent burial on Hart Island is an option for families of COVID-19 victims who are still in refrigerated trucks. “Long term storage was created at the height of pandemic to ensure that families could lay their loved ones to rest as they see fit,” he said and went onto say “With sensitivity and compassion we continue work with individual family during the mourning period.” 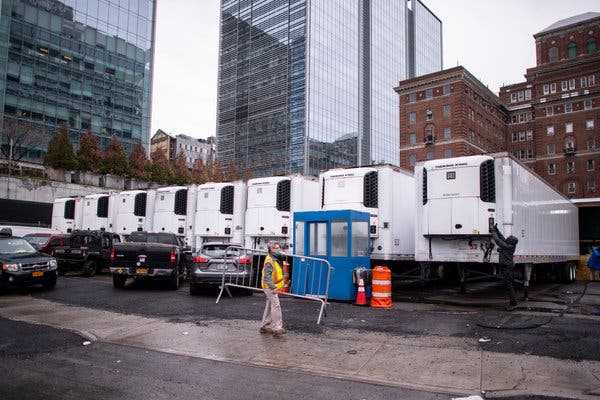 The non-profit news website The City reported on the matter this week. Between 500 and 800 bodies have been kept in cold storage at any given time since April 2020, according to estimates by the medical examiner’s office compiled by The City and Columbia University’s Stabile Center for Investigative Reporting.

FEMA sent 85 refrigerated trucks to serve as temporary morgues last year. These trucks were parked outside hospitals and workers in the protective gear used forklifts to place bodies inside, becoming a grim, daily ritual for the city of COVID-19s sufferers.

According to the medical examiner’s office, COVID-19 victims can still be stored in refrigerated trucks for up to 25 hours before they are either cremated or buried. A new set of rules will now allow them to stay there for as long as 36 hours and include a provision that allows them to “sit” on pallets if space is limited.

The City reported that officials from New York Mayor Bill de Blasio’s administration contacted FEMA this week asking whether it would help design an offsite storage facility with permanent cold rooms capable of holding 100 bodies each — but were told by federal authorities the request was not “feasible.”