Who is Marshmello? REVEALED!!!! Why he always covers his face, will he ever unveil his face in public? 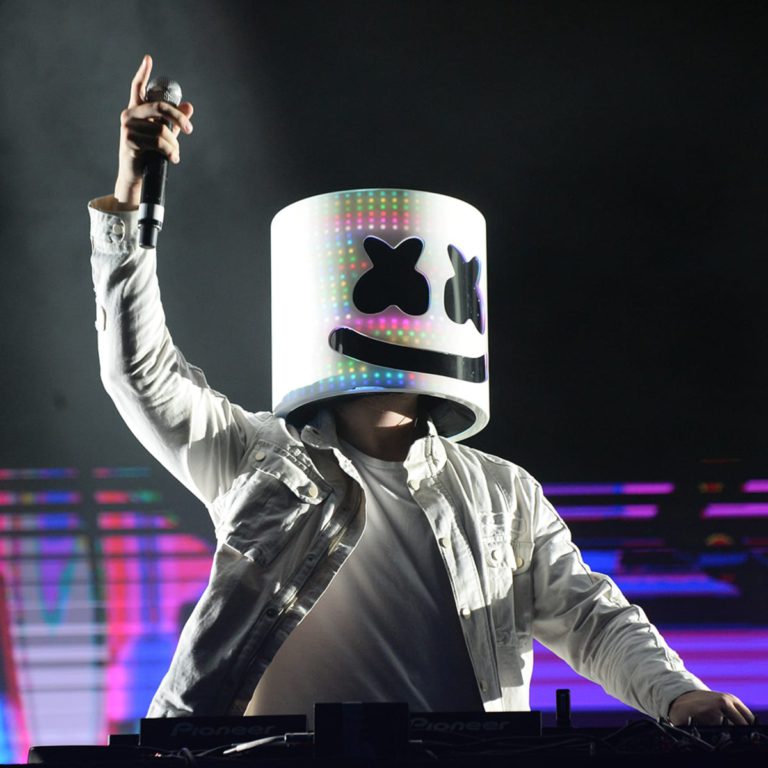 Who is Marshmello: Do you like music? Who is your favorite artist? What type of music do you like to hear- pop, jazz, classical, or any other? Music plays a very important role in everybody’s lives. People love to listen to music according to their moods like party songs at parties, sad songs after break-ups, and when they want to relax, chill, and when they are tired. Check out below that Who is Marshmello?

They usually listen to relaxing music to sleep peacefully, there is music therapy which gives relaxation and you can sleep without putting any other effort.

Not only music but music artists like singers, songwriters, composers also play a major role in molding people’s lives as their role models. Today, in this article you are going to read about one such great artist ‘Marshmallow.

I am certain that you already know this name, he is an electronic music producer and a DJ. He is one of the most popular singers in America,  Read this article to the very end to know a little more about that Who is Marshmello, you might get to find many new facts about his career, and his personal life.

Everyone is familiar with his stage or the professional name ‘Marshmello’ but not all of them know that his real name is ‘Christopher Comstock’ or ‘Dotcom’. He was born on May 9, 1992, in Philadelphia, Pennsylvania, USA. He got attention internationally for the very first time when he released remix songs by an American DJ duo Russian-German DJ Zedd and Jack U.

He is active in the industry from the year 2015 till present, he has the following labels under his name Joytime collective, Monstercat, Geffen, Ouesia, and Astralwerks.

He is not only a DJ and a record producer but he is also an internet influencer with 51 million subscribers on the YouTube channel with 10.9 billion views. 5 songs of Marshmello have been certified for multi-Platinum not only in America but in several other countries too and achieved a position in the top 30 of the Billboard Hot 100, the songs are happier, silent, friends, alone, and wolves. 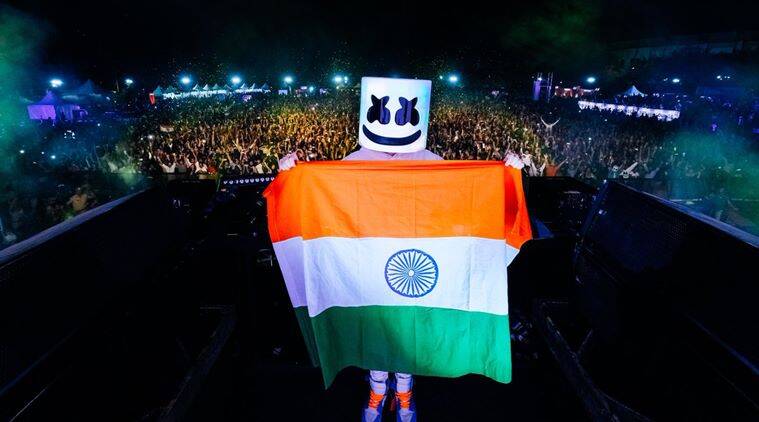 He is a MultiTasker as he can play several instruments like keyboards, piano, guitar, drums, Bass Guitar, a digital audio workstation, perfusion, and synthesizer. His first-ever album is “Joy time” which was released in ‘January 2016’ including his debut single ‘Keep it Mello’ and the second was ‘Alone’ through the Monstercat record Label of Canada.

His second album was released as ‘Joytime II’ with 2 singles ‘Check this out and ‘Tell Me. His next single was his highest-charting single for Billboard hot 100 in the USA and UK both called ‘Happier’ which he collaborated with a British band named ‘Bastille’ released in August.

In the year 2017, he achieved the 8th position for the ranking of the world’s highest-paid DJ. He always wears a helmet for every public show, his appearance has been inspired by an electronic music producer ‘Deadmau’ from Canada.

He has a particular style of music which includes Synth, Groove-oriented, and Bass heavy electronic dance music. If we talk about his YouTube channel, he posts two types of videos on his channels. One is for gaming and the other one for cooking. 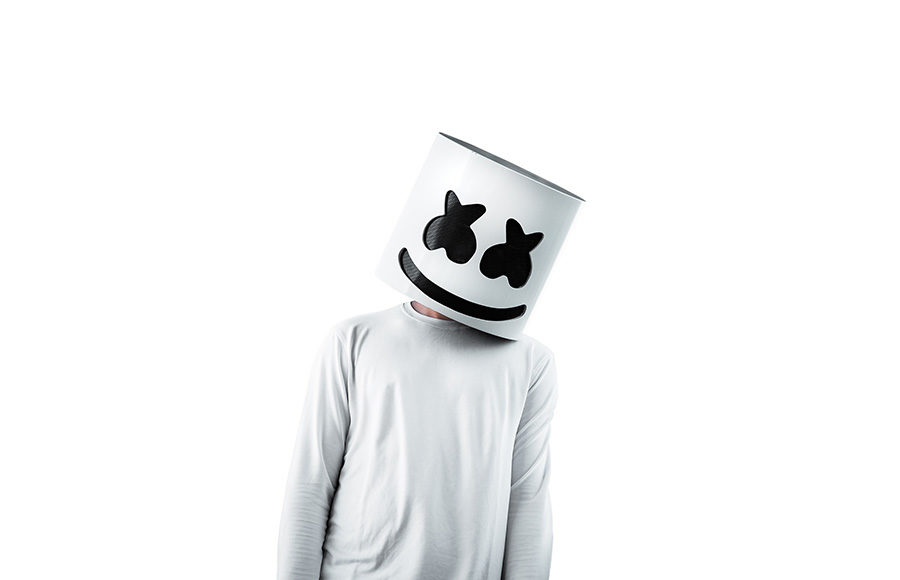 He even invited an American singer ‘Paula Abdul’ as a guest in the cooking videos. He never speaks in the videos but expresses himself only by his body language. He was awarded American Music Awards, Remix awards, MTV EMA, 2 i-heart radio music awards, and one International Dance Music Awards, and was nominated 21 times.

Who is Marshmello: Why he hides his face?

Everybody is curious about the helmet of Marshmello, why he wears a helmet, and doesn’t show his face. Well, let’s find out the reason behind it! In November 2018, the manager of Marshmello,’ Moe Shalizi’, talked to Forbes regarding the desire of the DJ to create such a brand that could be appealing to all the statistics.

His manager said that it is about how one creates a brand that could be accessible to every individual, they all can be and relate to. Both his manager and Marshmello had a whole different concept in their minds that how they can come up with a universal character.

His manager helped him with this look and as we all know the fact that everybody loved this look a lot and it became a big hit. They kept his identity hidden from everyone, even from his Hero Skrillex. In August 2017, he cleared the concept of hiding his identity from the public as that he wants to stay away from all the fame rather he is trying to create something positive like positive messages through his music to which people can connect.

Though all his International fans got a rare look at him when his girlfriend ‘Kelsey Calemine’ posted a picture on Valentine’s Day. There are many rumors of him Chris Comstock but he denied and clearly told that he is not Chris Comstock! 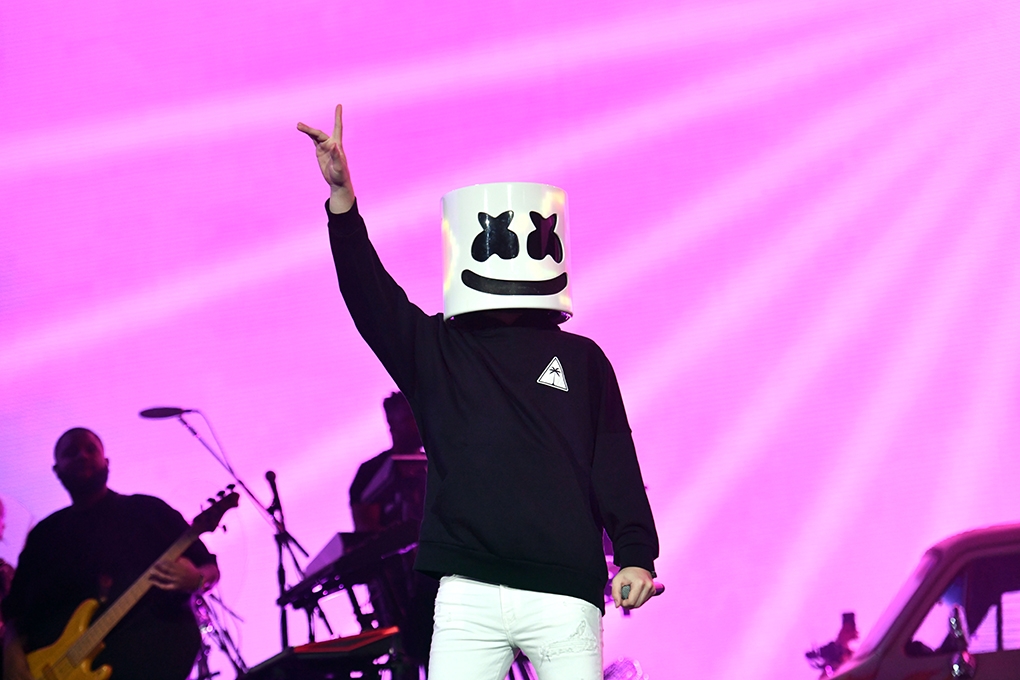 Who is Marshmello: Will he ever remove his mask?

I'm Sonal Singh from Jaipur. I'm currently working as a content writer at Instachronicles!
More from this author