Gadgetsblog
HomeEntertainmentMillie Bobby Brown boyfriend: Is she dating anyone right now? REVEALED!! List of all her boyfriends 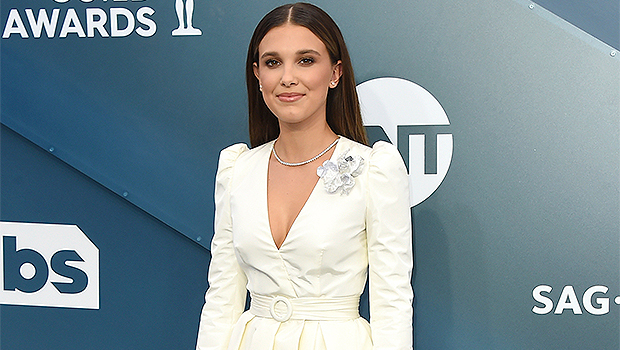 Millie Bobby Brown boyfriend: Is she dating anyone right now? REVEALED!! List of all her boyfriends

Millie Bobby Brown is an actress we met on the first season of Stranger Things then she was 12 years old and now she is 17 years old. She has a reported boyfriend named Jake Bongiovi. Rather than go long about how fast babies grow, we’re going to focus on who the new guy in Brown’s life is.

The two were seen holding hands in New York City on Thursday. They both were masked, and Bongiovi was holding Brown’s dog. Brown travels with Vinnie to help ease her anxiety. To know more about Millie Bobby Brown’s boyfriend read our article below.

Who is Millie Bobby Brown?

Millie Bobby Brown was born on February 19, 2004, in Marbella, Spain to a British family. She got fame as a teenage actress after playing the role of ‘Eleven’ in a sky-fi web series named, “Stranger Things” started from the year 2016. She is the youngest person to grab a position in the list of 100 most influential people in the world by the ‘Time magazine’, also the youngest member as “UNICEF Goodwill Ambassador”.

Not only this, she had become one of the youngest people to be nominated for “Primetime Emmy Awards” for her excellent performance as a supporting actress in one of the drama series when she was just a 13-year-old kid. In the year 2021, she has a huge fan following on social media at such a young age which is pretty impressive! These achievements attracted a lot of attention from Paparazzi all over the world not only in her career but also in her personal life This young, and beautiful actress has been dated four handsome guys (there might be more, I guess!) so far.

So people, stay tuned as you will be reading Millie Bobby Brown’s boyfriend/dating history.

She started dating at a very early age when she just turned into a teenager. She started flirting with a young Vine star, and a Pop Singer “Jacob Sartorius” over social media platforms in October 2017. Fans are always the first ones to notice any changes or anything unusual in the lives of their favorite artists. Similar is the case here, fans were the first ones to perceive Jacob as Millie Bobby Brown’s boyfriend.

If you will skim through the Pages of “Teen Vogue Magazine”, it is mentioned that she had shared their selfie with heart emojis on her Instagram page as a story in the year 2017 when they both celebrated the ‘New Year’s Eve’ together at “Walt Disney World” in Orlando, Florida with her family. Not only her, but the young singer commented on a few of her posts on Twitter as well as Instagram. After this, Jacob tweeted about her with the caption “Just another day with you on my mind” and she liked that post.

Just after a few days, he again tweeted, “I think about the future a lot better with you”. Shortly after that, Millie posted a picture with a cute teddy bear and captioned “Thanks for the bear” to which Jacob replied. “of course”. In the same year on Valentine’s Day, Jacob shared his picture with Mili where he captioned “Happy Valentine’s Day to this beautiful girl and I miss eating chicken fila with you every day” and Millie also shared a picture of her and Jacob while cuddling and wrote the caption as “Happy Valentine’s Day ‘J'” with a heart emoji. 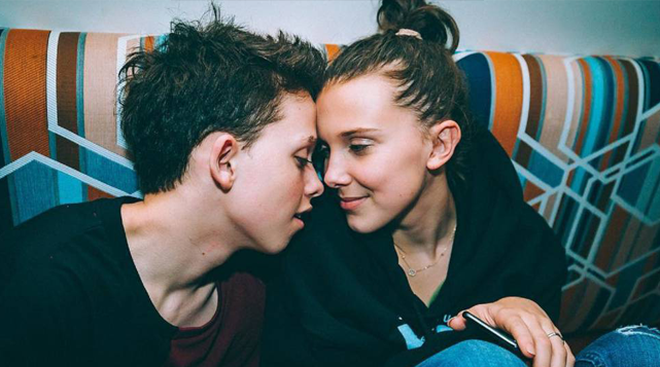 According to the ‘US Weekly Magazine’, Jacob announced publicly his love for Millie through his post on her birthday with the caption of “Happy Birthday to this beautiful girl, 14! You are the funniest, most caring person in the entire world” and said “I love you and I miss you a lot” but after spending a lot of time together of about 7 months happily, and lovingly they got a part in the year 2018.

“People Magazine,” says the actress confirmed their breakup through a post where she captioned that ‘it was a mutual decision of her and Jacob and they both are still good, and remaining friends”. Jacob also shared a post on his Instagram page with a similar caption or statement. But nobody knows the reason behind the breakup.

The second time was when Millie met “Romeo Beckham” at UNICEF’s 70th anniversary event, where she was a co-host and interviewed Romeo’s father “David Beckham” in December 2016. They became close friends there and started interacting through Instagram which led to their dating rumors that Romeo is Millie Bobby Brown’s boyfriend. “Victoria Beckham” (Romeo Beckham’s mother) adored her and said they make a very cute couple, though these are their early days” and she was happy with his son’s selection but these rumors never confirmed. 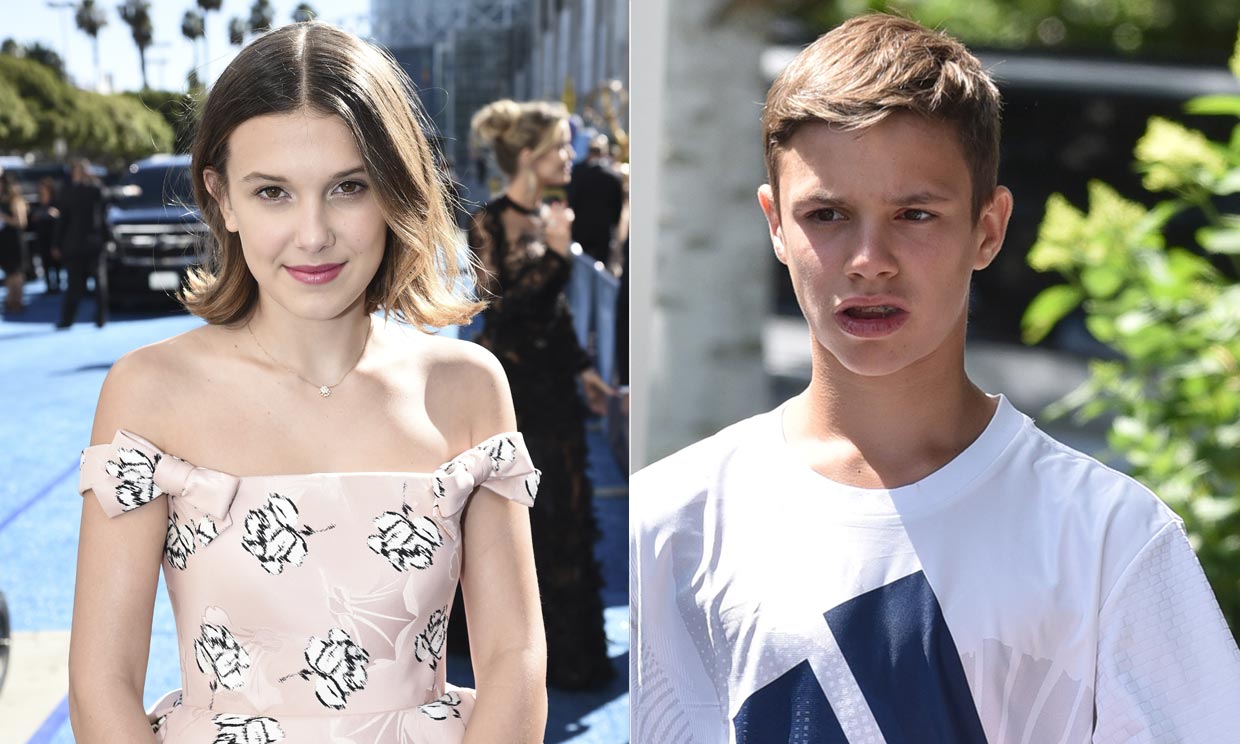 Then in January 2020 rumors spread that she is dating “Joseph Robinson”, son of England rugby World Cup player “Jason Robinson” which she confirmed by posting their selfie on Snapchat with the caption which says “ly x” which means “Love You”. Millie Bobby Brown’s boyfriend and herself went to the Maldives and also celebrated Christmas together. But this relationship also didn’t last for a longer period of time as they were busy in their own careers.

This was more or less like a Long distance relationship as Millie was working as an actress in America and Joseph was trying to make his career in the U.K. so it was a bit difficult for them to date each other which leads to their breakup in the year 2018. 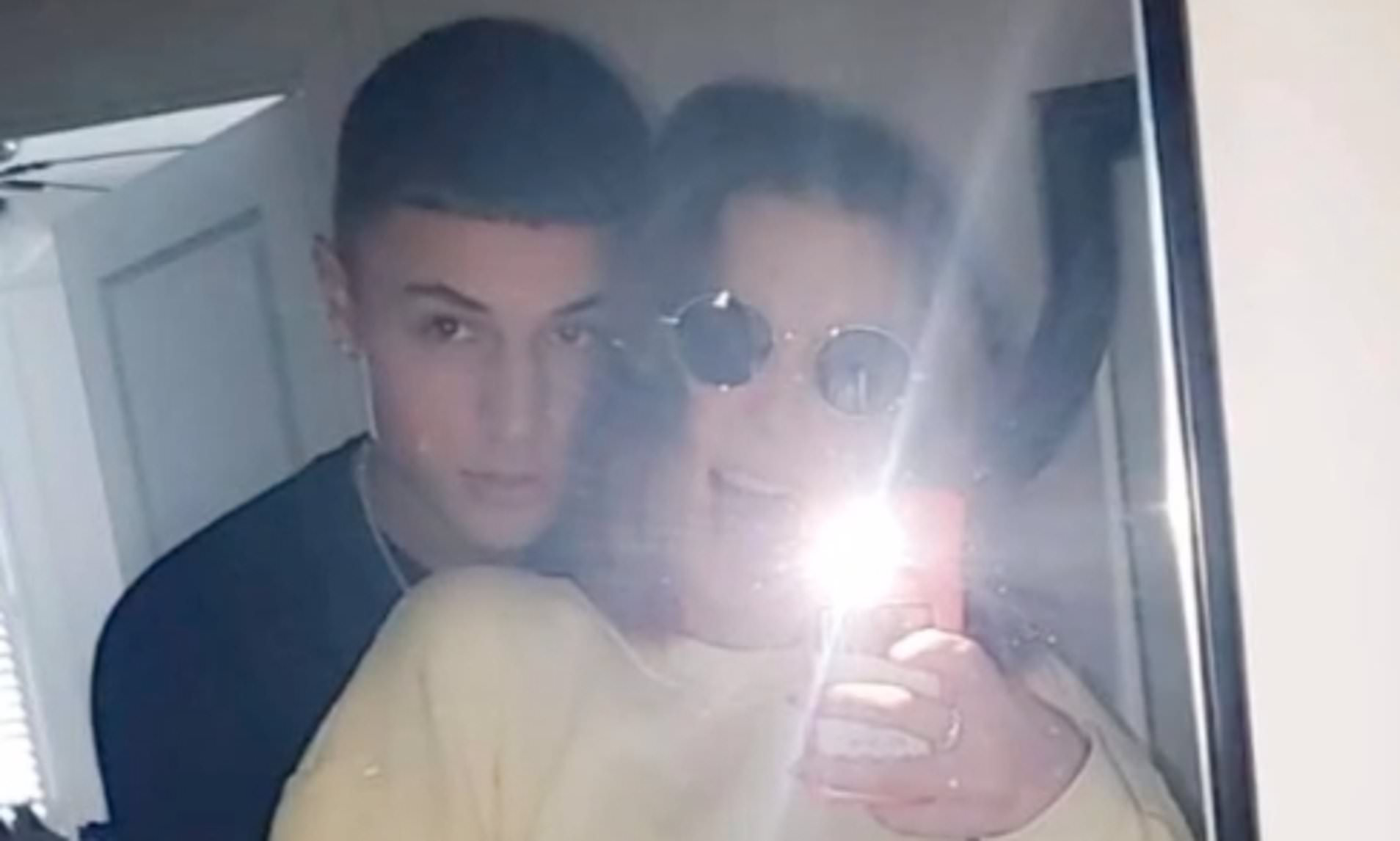 The 4th guy whom people thought was Millie Bobby Brown’s boyfriend is a young actor “Finn Wolfhard” who was her co-star in the “Strangers Things”. “E! News Magazine,” says that she never felt awkward while kissing him on set rather it was easy for her. They had a lot of fun together on set and on the red carpet. There are many rumors about this couple being dating but they never confirmed it nor denied it. 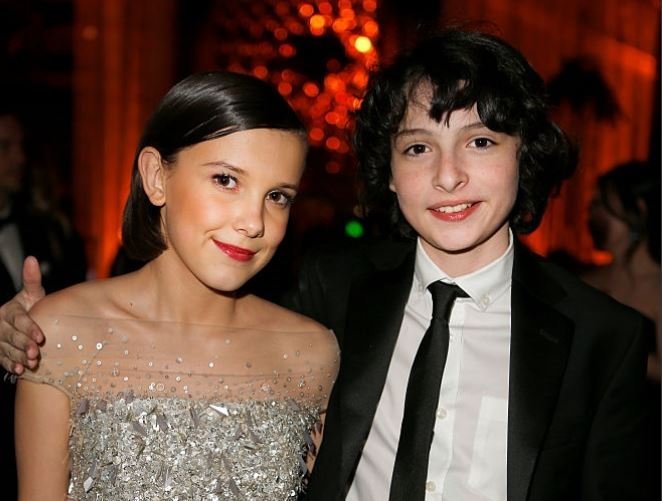 As of now, she is not dating anyone and she is single. What do you think, who Millie Bobby Brown’s boyfriend next?

Well, let’s see who will be Millie Bobby Brown’s boyfriend in the future!!

Till then, stay tuned everyone! Bye-Bye!

Read other amazing, and entertaining articles on Instachronicles!