Welcome to the post-Misaeng season 2 admirers! After reading this post, all your skepticism will be cleared but for those who are unaccustomed to this series, I’d like to give you a quick overview so stay tuned!

The first season of this series was aired between  October and December 2014 on tvN. The first season has a total of 20 episodes. Now the question is, will Missing Season 2 release? If yes, when will it happen? Know by reading the article below.

Misaeng, an incomplete life, is a 2014 South Korean TV series which is based on webtoon series of the same title ‘missing which was written by ‘Yoon Tae-Ho’. This series was aired from October 17 2014 to December 20 2014 only on Fridays and Saturdays. It has 20 episodes in total, this series was developed by ‘Jinnie Choi’ and ‘Park Ji Young’ on tvN.

This series was written by ‘Jung Won Soek’, directed by ‘Kim Won Soek’ and composed by ‘Kim Jung-Seok’ and ‘Park Seong Il’. It was the first K drama to film on location in Jordan. The first season has sold 2 million copies of the paper version, the nine-volume paperback version sold 900,000 copies and the T.V. series is equally popular! In the year 2014, viewer ratings capping out at 10.3 percent.

This television series has broken numerous records and became a cultural phenomenon not only in South Korea but also in many other countries. It is now considered a must-read comic in the country.

The entire story revolves around ‘Jang Geu Rae’ who wanted to be e a professional ‘Baduk’ player but he fails even after getting the training for years. After this failure he tries to move ahead in life and face the real world, He had nothing to write on his resume except for the one thing that is a ‘High School equivalency exam’.

But due to his family’s contacts, he gets hired as an intern at ‘One international’ company which is a huge Trading Corporation. In the company, he meets his boss who is a workaholic and warm personality person, ‘Oh Sangh Sik’, his fellow intern ‘Ahn Young Yi’ and ‘Jang Baek Gi’ who is anxious but in reality, he has ambitions. Slowly and gradually ‘Jang  Geu Rae learns to work and adapt himself according to the rules and culture of the company. 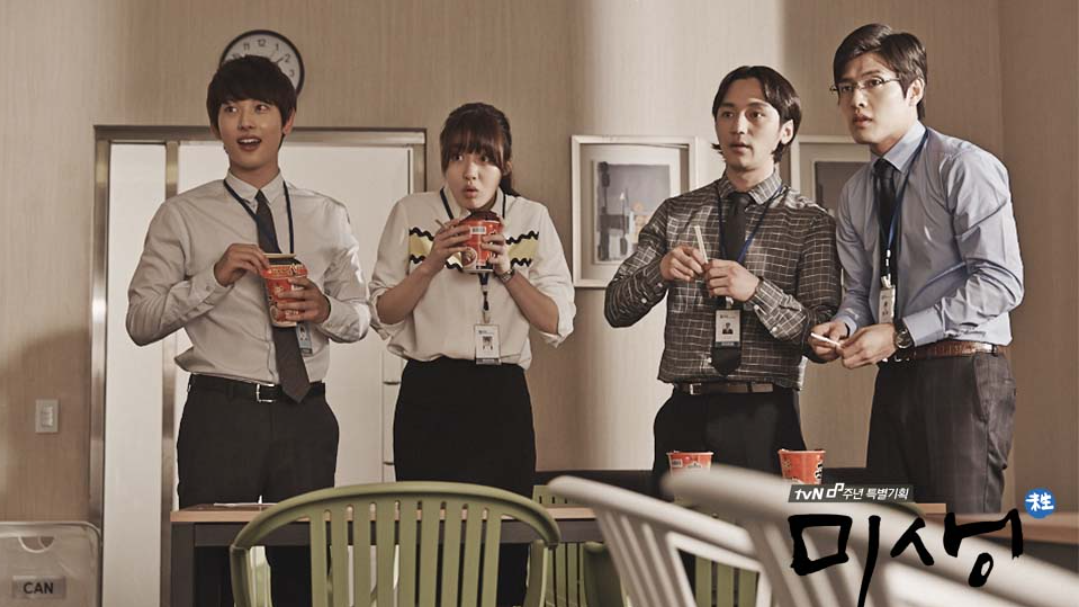 Before you read any further, I’d like to give you A spoiler alert!

Misaeng season 2 will focus on the morals and values on which people make their important business-related decisions. The writer ‘Yoon Tae Ho’ once said that every individual has their own role at large companies but in small or mid-sized companies everybody works for everything which is like sitting on the front lines. Some people believe that investing in insurance is better than hiring more people and others say the exact opposite of this at a news conference in Seoul.

On the portal website Daum, the first 21 episodes of the season have already been published!

The cast of Misaeng season 2 :

The trailer of Misaeng season 2 :

The trailer for the upcoming Misaeng season 2 has not been released yet! But it will be soon so till then you have to wait and once it is released, you can watch it on ‘Netflix‘.

Once the director of this series, ‘Kim Won-Seok’, said that there will be Misaeng season 2. CJ E&M has already acquired the rights for Misaeng season 2. Once the webtoon finishes its second season, we will start production. All the original actors have told me that they want to appear again although, it’s not easy to get the same actors to agree on appearing before they even see the script.

One of the actors said that if he gets an opportunity to work in Misaeng season 2, he will do that.

Though there are no official declarations regarding the Misaeng season 2 release date there can be really soon. But in case if have not seen the previous episodes of the first season of  Misaeng and you want to watch it then you can do this on Netflix.

Stay tuned with us and keep checking this page as we will keep updating you regarding any of the latest news of Misaeng season 2 release date, trailer, cast, or anything else!