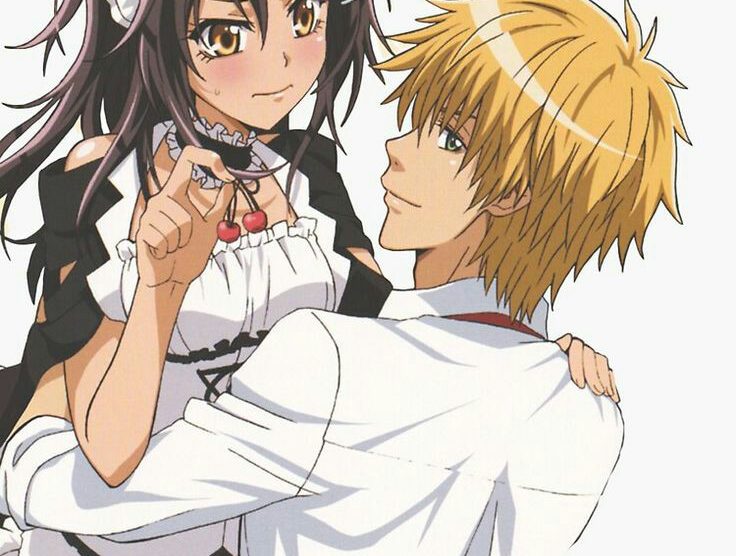 Anime is becoming the favorite of many youngsters and teenagers. There are many interesting anime web series and TV series streaming all over the world. One among the beautiful and entertaining animes is Kaichou wa Maid-Sama. This Japanese anime Tele Vision series first aired in 2010 by Hiro Fujiwara. This series is a Rom-Com genre anime. But, after the first season, there was no announcement about the Kaichou Wa Maid-Sama Season 2. Maid Sama is undoubtedly nothing like the normal anime series, it is something more and it was the most popular high school TV series in the anime world.

The first season of maid-same is available on Netflix.  Kaichou Wa Maid-Sama means” the Class President is a Maid”. It was based on a series written. This series was written by Hiro Fujiwara and it has 18 volumes. The first season of the Television series has been released on April 2, 2010, and ended in September. It is the story of a girl, med Ayuawaza Misaki who join a boys school which has just opened gates for Female students. The boys of that school are famously known for their mischief and getting into trouble. She becomes the president of the student council and she strives to maintain discipline and order at the school. Because of her hard approach, she is called the “Demon President” by the schoolboys and considered as an icon by the female students and for the teachers, she is nothing but their golden girl. But, she works as a maid at a cafe for her living and to support her single mother. She is always terrified of her other side being exposed to her friends at school and ruining her reputation. But one day she runs into Usui Takumi who is a popular kid at the school in her maid uniform, she is sure that he is the most mischievous of all the boys who would let her secret out. But, Takumi keeps it to himself and never spoke of it and later uses it as a way to get close to her.

Takumi who remained a guy with showing no interest in girls seese something in Misaki, but for her troubling with personal situations, this matter is nothing but an additional hurdle. The story takes us along the most expected results in this scenario with a hilarious tone. The dubbed version of maid-same along with subtitles can be found on Hulu. It can also be streamed on Amazon prime with Japanese audio and English subtitles.

She is the main character in the anime web series. She is a school-going girl. She works as a maid in a cafe to help her single mother. She joins a boy’s school with a very low female population and she becomes the president of the student council. She also keeps a secret. Her personal life in which she works as a maid in a cafe is maintained a secret by her from her schoolmates as it would ruin her reputation of being a role model to girls, a nightmare to boys as she strives to maintain discipline among the mischievous boys and a favorite student to her teachers. She is a very talented student but had an unpleasant childhood. Both her experiences in school and outside are different. She has trust issues due to the bad impact of her unpleasant childhood. When Takumi comes to know about her secret and never tells it to anyone. He somehow comes closer to her and falls in love with her and uses her secret as an excuse to get to know her. Their love story is the perk of the TV series.

Why is Maid-Sama unique :

Though Maid- Sama is an animated Television series it is something special from the ordinary anime series. This show does not depend on the fan’s views to attain fame but, it has its simple and realistic characters, the heroin is a simple school girl, and the relationship that grows between her and a dream boy of the school is cute than anything. This anime also shows the bad part of having an unpleasant childhood and the problems a child may rise due to their bad past. Besides, the romance subtle Comedy adds refreshment to the series.

What do you think about the renewal of Maid-Sama season 2? Let us know in the comment section!!!