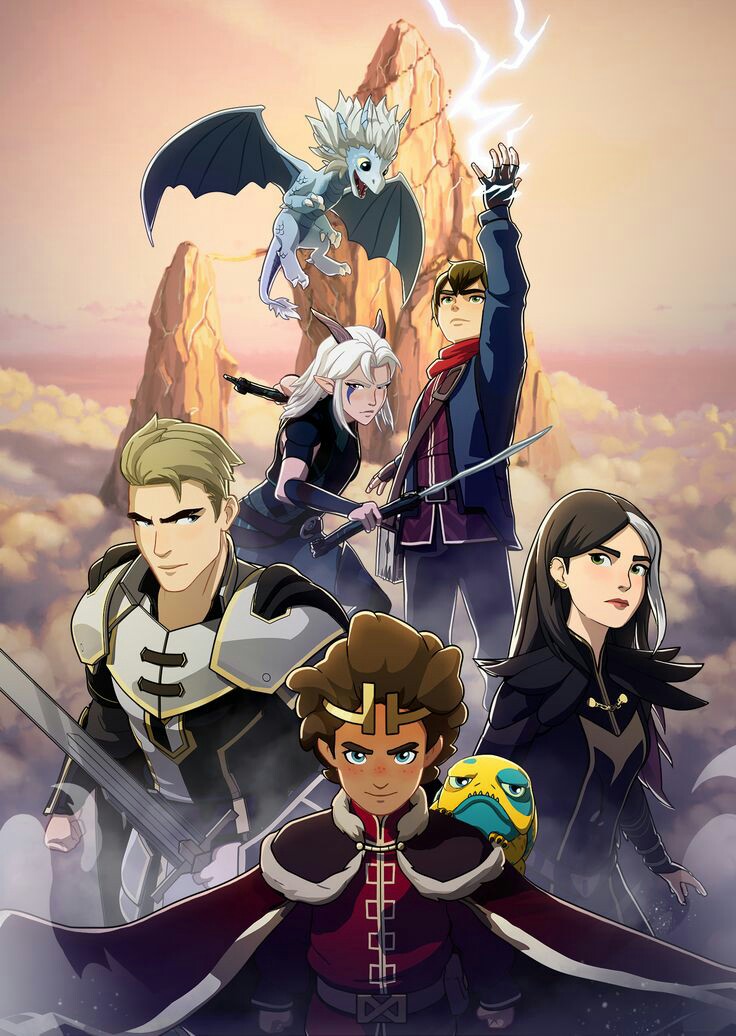 The Dragon Prince is an Animated American fantasy series. fans are eagerly waiting for fo The Dragon Prince Season 4 It was created by Aaron Ehasz and Justin Richmond. It was produced by Wonderstom. The animation works were done by Bardel Entertainment. The streaming platform is Netflix. This series had so far had only three seasons. The total number of episodes being 27. The first season of the dragon prince premiered on September 14, 2018. The series has had two more seasons since. The last season of the series season 3 was released on November 22, 2019. The dragon prince was adored by fans and it was famous. Fans have been waiting for the announcement about the release of the next season. Netflix has recently announced that the dragon prince has been renewed for The Dragon Prince Season 4 which made fans happy. 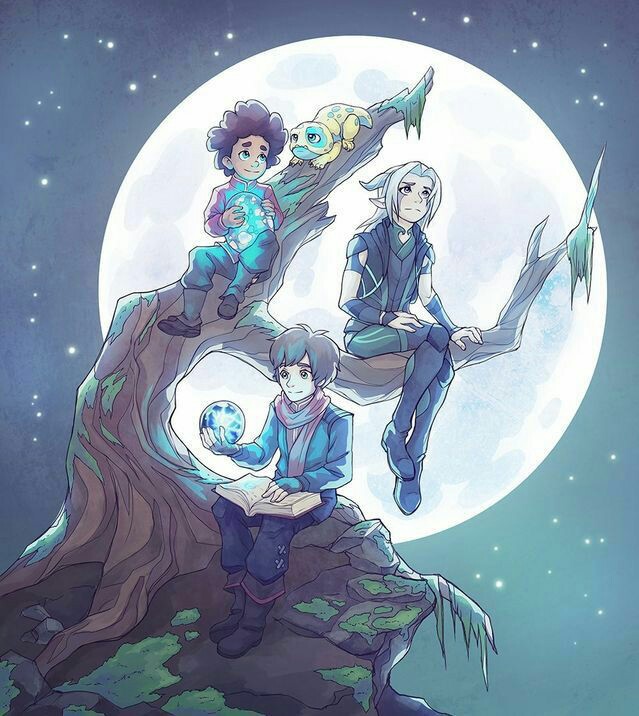 The series Dragon Prince is about two princes who are half brothers. These princes  Callum and Ezran teams up with an elf called Rayla to end a conflict between their kingdom, the human kingdom, and the magical creatures of the land Nadia. They also raise an infant dragon called Ozymandias.  They try to stop the war between the kingdoms and bring peace.

Season 3 of the dragon prince was released in 2019. It has been a year since the last season and fans were confused about The Dragon Prince Season 4. But,  Netflix has surprised the fans with an announcement about The Dragon Prince Season 4. They released the news on Twitter and blamed the Covid pandemic to be the cause for the delayed release of The Dragon Prince Season 4. Their statement was “While the pandemic has impacted the process at every level, the reality is that productions of this scale always take a lot of time,” and they also mentioned that they are getting prepared to make the fans explore more of Xadia the magical kingdom. They stated, “We’re writing the story and scripts, assembling the production team, and developing other new, exciting areas of Xadia for you to explore.” This unexpected news made fans overwhelm with joy.

The dragon prince has also created a graphic novel named through the moon and also published a novel called the moon. The series is also said to be renewed for another four seasons. So fans need not worry about the future of the Dragon Prince.

Voices behind the characters :

The voice of  Callum one of the princes is given by Jack Desena, Ezran the other prince was given the voice by Sasha Rojen. Jason Simpson as Viren, Paula burrows as Rayla, Jesse Inocalla as Soren, and Luc Roderique as King Harrow of Katolis. This is the list of voice artists who gave life to our favorite characters with their magical voices. 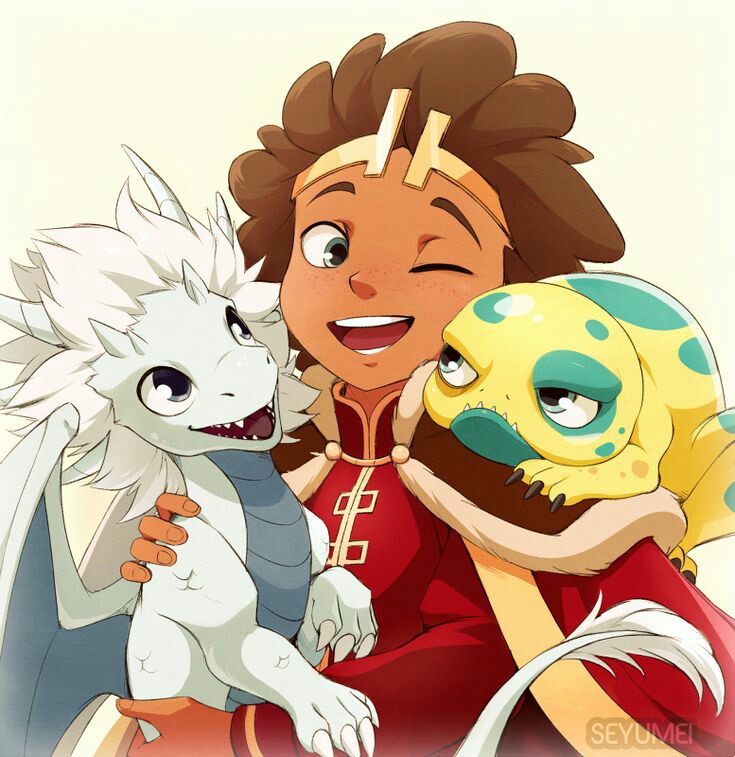 What to expect from the dragon prince season 4:

The Dragon Prince Season 4 will begin with the war starting over again with the resurrection of Viren. This season is said to be revolving around the magical Cadia and their use of magic. The vital parts of magic are the Sun, Moon, Stars, Sky, Earth, and Oceans. The war and conflict between the humans and Dragons are going to be the major thing in The Dragon Prince Season 4. We can also watch the kingdom Xadia being expanded and also can get to know about the connection between Sunfire elves and Aaravos. Much more curious and unexpected things are expected from the fourth season.

Characters of the Dragon prince :

He is the true heir of King Harrow and his throne. He is the crown prince of Katolis. Ezran is light-hearted and kind. Most of his friends are trouble makers. He has a gifted ability to befriend animals. With his best friend being his pet toad, he is also friends with many other animals. Ezran is a small boy after all he keeps on exploring his kingdom with the help of his pet Bait.

Callum is the adopted son of king Harrow. As the adopted son, he is the step prince of King Harrow’s kingdom Katolis. He is not a pro in handling swords and riding horses as a typical prince should be. But he has a huge heart and immense bravery hidden and he trusts that no matter what he will attain a place for him in the world one day.

Rayla is a young Moonshadow elf. She is very cunning and brave. She is the fastest and strongest among her kin and she seeks vengeance for the death of the dragon king by killing the king of Katolis. But, she somehow becomes friends with the princes.

Bait is the pet of prince Ezran and his best friend. He is a glow toad who can shine in dark places. Baits skin changes in color depending on his mood. But he is always grumpy and hungry, grumpy and tired or grumpy and confused…

Also shortly know as Zym he is the baby dragon and the future king of the kingdom Nadia. He is a sweet, funny, and trustworthy friend of prince Ezran. But one day he will be the great ruler of Xadia wielding a superpower like his father. He hatched in the middle of the war but he can turn the key to stop the war by Ezran, Callum, and Rayla. 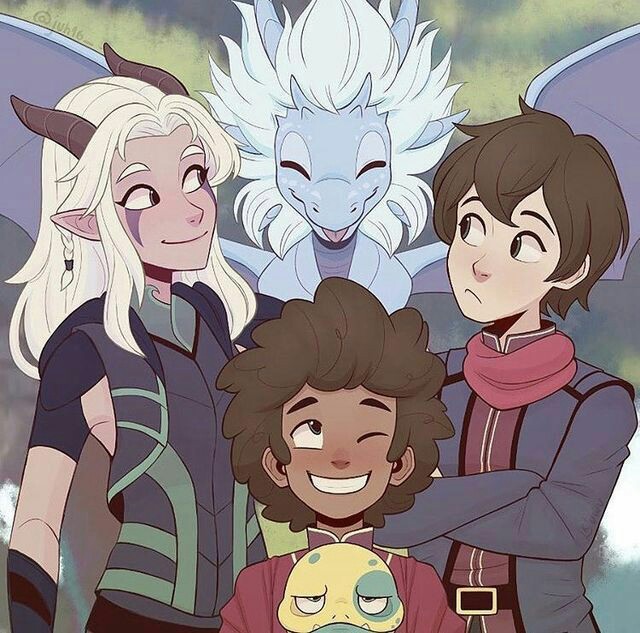 Other characters include king Harrow the king of ketosis, Viren the lead mage of Katolis, Claudia, Runen, etc.

The dragon prince is an awesome series to watch. If you haven’t watched it yet do watch it to enjoy the magic it brings to your heart.

Are you a fan of the dragon prince?  Which prince is your favorite?  Are you excited for season 4? Let us know in the comments.!!!!!