Gadgetsblog
HomeBusinessIs the real reason behind the firing of brad parscale out? Why is twitter bashing Hope Hicks? Is Parscale and Hicks in a dating rumor? Read and Know. 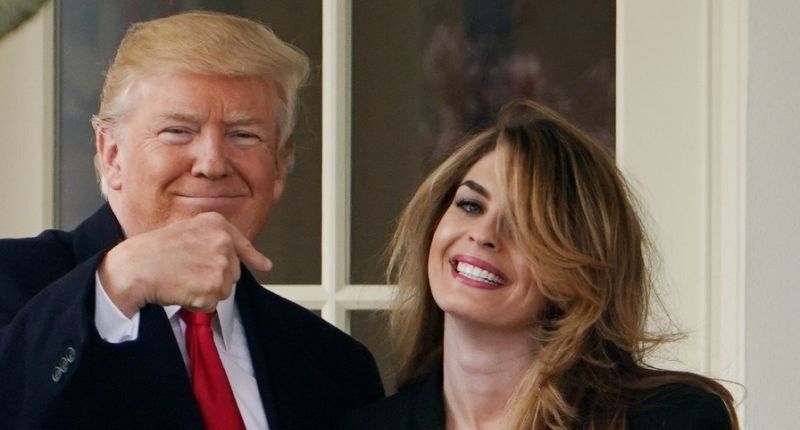 Is the real reason behind the firing of brad parscale out? Why is twitter bashing Hope Hicks? Is Parscale and Hicks in a dating rumor? Read and Know.

On Wednesday, the president introduced he Is replacing Brad Parscale as his 2020 campaign manager with longtime political aide Bill Stepien. Hope Hicks formerly resigned from her function in Trump’s administration in March 2018 after admitting to Congress about her white lies. She said that “never been asked to lie about matters of substance or consequence, contending that “white lies” she had told on behalf of President Donald Trump were about small matters, such as his availability.”

Is Hope Hicks responsible for the situation Brad Parscale is in right now?

On July 15th, 2020, there has been a rumor swirling online that Hicks has been seen fooling around with the now-ousted Parscale. Brad Parscale has been working with Trump since 2011 and is married to wife Candace Blount. Hicks, on the other hand, has a very bad reputation when it comes to dating men.

Who is behind this virally spread rumor?

The viral rumor was initiated by a joke from ‘Rick Wilson’. Rick Wilson is said to be the founder of a group of anti-trump republicans, called Project Lincoln.

Someone tweeted, “Parscale and Hicks spotted canoodling at Comet Pizza. On-lookers witnessed a ‘more than friends’ vibe.” To which, Rick’s reply was a bit is misleading.

Afterward, the joke went viral, with thousands of users online started wondering if there was any truth to the story.

Many fans showed their anger towards hicks by tweeting about her past relationships. The blame game is on. Hope Hicks is being slut-shamed for her choices in men and especially after the rumor of her and Parscale.

Trump demoted Parscale when he found he was dating Hope Hicks, same thing that happened with Lewandowski and Rob Porter. It wasn't their sheer incompetence that got them canned, it was their virility, Trump was jealous. @realDonaldTrump

Someone also tweeted that, every man she has dated has been fired the other day.

No it was Hope Hicks. EVERY man she has been with has gotten fired:

Till now there is no news, of whether the rumor has any truth in it. Now let’s just wait and see, how far can this rumor about Hope Hicks and Brad Parscale go.