Gadgetsblog
HomeEntertainmentZendaya is not coming back in "Euphoria Season 2"? Is "Rue" still alive? Find out the idea about new season!

Zendaya is not coming back in “Euphoria Season 2”? Is “Rue” still alive? Find out the idea about new season!

Popular HBO teen-drama Euphoria will return for the sophomore season but a delay is expected due to coronavirus pandemic. HBO ordered the second season in July, 2019, while the first season was still running on Television screens.

The high school teen drama stars Zendaya in the lead role and is an adaptation of Israeli miniseries of the same name. The show depicts the stark reality of current high school teens and their brutal experiences of friendships, relationships, sex, drugs, anxiety, and traumas. The show is most popular among the youths, and young adults, who have just passed or currently undergoing the same phase.

The show has also received hugely positive reviews and critical acclaim from professional critics. Zendaya’s performance, narration, and ability to keep up with the lead role makes the teen-drama more brilliant. However, the show has garnered negative reviews for the depiction of the graphic adult content.

HBO is silent regarding the information about the second season’s release date. The creators scheduled to start filming for the second season from the second half of 2020, but things went sideways after the whole entertainment industry suspended. HBO reportedly halted the production of their upcoming projects due to coronavirus pandemic. The delay has spanned more than four months, yet we don’t have any idea how long the delay will continue. 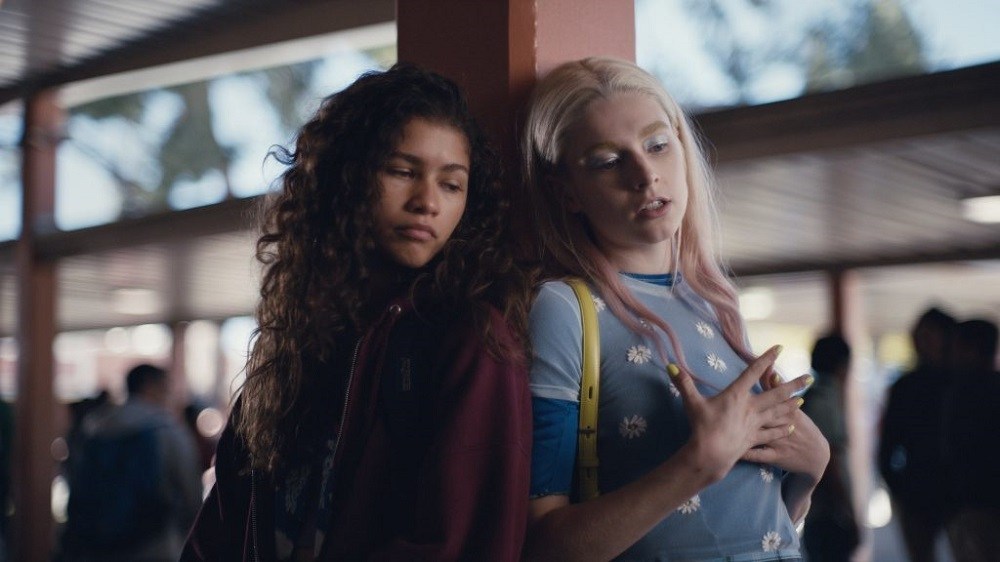 Sydney Sweeney (who plays Cassie Howard) recently told to ET that the showrunners and producers are planning to resume filming only when the things calm down. While everyone is hoping the production resumes this summer, but the creators aren’t rushing things as they wish for everyone’s safety. Zendaya plays a recovering drug addict, Rue in the show and is excited about the return. She mentioned that the show has helped her to overcome her fear and regrow confidence.

There is no information about the second season’s plot but it will probably pick up from the first season finale. One thing is sure, Zendaya’s character, Rue didn’t die in season one finale. Sam Levinson, the showrunner himself confirmed that she is very much alive.