Netflix’s Atypical focusses on the autism spectrum disorder of a teenager, Sam Gardner (Keir Gilchrist). He wants to be independent and experience love life. The fourth season might center around Casey and her dreams to get into UCLA. This show received positive reviews and soon attracted the viewers. Atypical was also criticized for not justifying autism properly and choosing bad actors.  The actors had a tough time because the critics sensed inaccuracy. Rashid’s Atypical has completed three seasons with over 28 episodes. The first season of this series was released on August 11, 2017. Season 4 of Atypical is set to release in late 2020 while the third season released and hit the screens in November 2019.

Cast and crew in Season 4

The main character Keir Gilchrist will be seen again as a student named Sam. Jennifer Leigh will be seen playing the role of an overprotective, possessive mother of Elsa, and  Lundy Pine will be seen as Casey Gardner.  Michael Rapaport as Doug will be back for this season too. Though there is no official announcement regarding the new cast yet, we are expecting changes and new members. 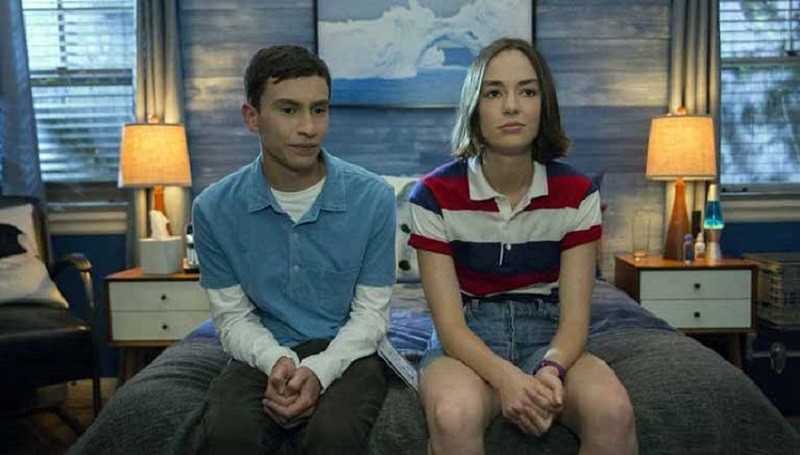 Expectations and Storyline of Season 4

Sam’s inconsistent parents will be able to sort their differences in this season. Sam will reconsider his hatred and foe-like relations with Zahid. They will become good friends. Season 3 ended with Elsa’s affair and Casey’s first public kiss with Izzie. We will see associations taking a different turn and new couples working on themselves. Casey will hopefully go to the University of California. Sam will be seen considering his ties with Paige, which in turn will lead to his failure in an ethics class. The trailer of Season 4 has not released yet but might hit the screens after a few months. This storyline can take unexpected turns with new problems arising and previous ones being solved. It will be like a roller coaster ride with elements of surprise.

Highlighted Points in Season 3 and 4.

Season 3 already showed the college life and how Sam was curious to enroll in different experiences of life. He got a new dimension of the society and went through the difficulties an autism spectrum person faces. This season will highlight the consequences Sam will face and also Casey’s life. It is a piece of good news for the fans, and it will help them remain hooked with this series until the end.