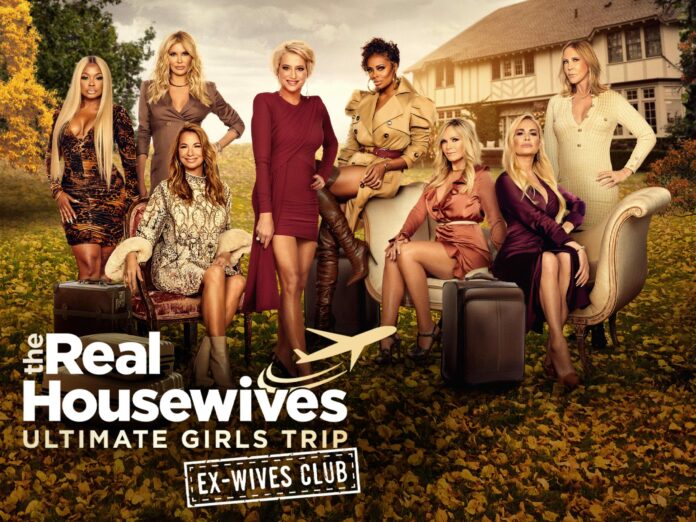 Why Season 2 of RHUGT is better compared to Season 1

It’s time to discuss why season 2 of The Real Housewives Ultimate Girls Trip is receiving such positive reviews. The glitzy, lavish lives of affluent women living in their own bubbles have fascinated fans since Bravo’s Real Housewives franchise launched in 2006 with The Real Housewives of Orange County. New iterations of the brand have appeared both domestically and abroad, turning it into an international phenomenon. Filming locations for the installments include New Jersey, Dubai, Miami, Salt Lake City, and other hot destinations. It was just a matter of time until the women’s followers demanded more, which is how RHUGT came to be. READ MORE: Release Date For ‘Young and Hungry’ Season 6 and All the Information

Fans started talking about their “dream wives” online amid rumors that a Real Housewives all-stars series would be in the works, who might combine to make the perfect cast. Soon enough, the lineup was revealed, turning imagination into fact. The first season’s cast included the New Jersey housewives Teresa Giudice and Melissa Gorga, Beverly Hills’ Kyle Richards, New York’s Ramona Singer, Luann de Lesseps, Atlanta’s Cynthia Bailey, and Atlanta’s Kenya Moore. In Turks & Caicos, it took place in a beach house. Due to the positive reviews, the season received before it ever aired on the Peacock streaming service, the production team started filming a second season before the first one had even ended.

The women are followed in Real Housewives Ultimate Girls Trip as they get together for the first time on television and attempt to build relationships while staying in the same house for a week. Some of the cast members were fan favorites in the first season, but there was less conflict than when they are all on their separate shows. Although some fans enjoyed the season, others thought it fell short of their expectations. RHUGT season 2, which has been aptly called the “Ex-Wives Club,” is, nevertheless, shaping out to be far more entertaining than its predecessor, owing to a combination of smart banter and disagreements.

Season 2 of RHUGT Is Dramatic and Funny

Ingrid Glanville Season 1 of RHUGT RHUGT appeared to be much more laid back as the women generally hosted parties at home, visited the island, and ate out sometimes. Dorinda will go to great efforts in season 2 to carry out a strategy for every day that will compel the ladies to cooperate and form bonds. This season has it all thanks to Brandi’s no-filter attitude, Vicki and Phaedra’s frequent commentary on what’s happening in the house, and the likeability of the whole ensemble. Compared to the previous season, it is maintaining viewers’ interest at a far greater level. Each episode of RHUGT season 2 contains some drama as well as humorous bits thanks to wives who are no longer appearing on their shows. Viewers are starting to perceive them differently after this season. In contrast to season one, which fell short, Real Housewives Ultimate Girls Trip season 2 has given series fans everything they want (and more). After leaving their individual programs, viewers are able to see all of their favorite spouses again, and as a result, fans are recalling all the reasons they fell in love with them in the first place. The second season of the program is eventually the finest, and it may be the reason why some ladies start watching their original Real Housewives episodes again.