Gadgetsblog
HomeHollywoodSupernova movie-Review, spoilers and everything you need to know While the focus of the awards season was on Anthony Hopkins’ flamboyant performance in the psychological thriller The Father, Colin Firth and Stanley Tucci garnered little praise for their more subdued parts in the dementia-themed drama, Supernova. Despite its awards-friendly subject matter, Supernova is more of a sad breakup film than a controversial film. It is a love tale with melancholy riffs on rom-coms and odd-couple, end-of-the-road films. While the outcome is sometimes weighed down by dramatic contrivance, it is mainly lifted by a pair of likable performances from the two leading characters.

Longtime companions Sam (Firth) and Tusker (Tucci) are “back on the road,” driving their aging but serviceable camper van across the nation and revisiting old places with their loyal dog, Ruby. Tusker, who has been diagnosed with early-onset dementia, has forgotten to pack his medications, frustrating Sam, who seems to be in denial about his partner’s worsening health. Sam, a renowned pianist, will perform which he will retire for the day and devote every waking minute to Tusker. Tusker, however, has different ideas; he is determined to control his destiny and takes issues of life and death into his own hands. 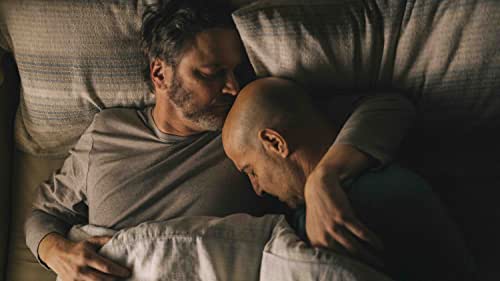 Harry Macqueen, the actor-turned-writer-director who directed Hinterland in 2014, defines Supernova as an effort to produce a picture about “what we are ready to do for the ones we love” and “how we live, love, and laugh as the end of time approaches.” This may seem cliched, but the picture is filled with low-key charm and humor, most notably in Sam and Tusker’s genuine, snippy in-car conversations. As the road ahead beckons, the pair exchanges sarcastic barbs regarding gear changes, map-reading skills, and the fact that their satnav sounds like Margaret Thatcher. Tusker makes light of his situation when he arrives amid friends and family whilst Sam asserts that he is “strong enough” to face whatever lies ahead. However, he admits that the future frightens him.

There are unmistakable similarities of the Academy Award-winning film Still Alice, including a moment in which Tusker is informed, “You’re still you, the man he fell in love with,” to which he sardonically responds, “No, I’m not; I just look like him. Which is regrettable.” Supernova gets home, though, in the more incidental moments, such as a small but brilliantly observed encounter in which Tusker politely says that he’d love to read news clippings about fresh research into his condition, his worn countenance and kind words conveying opposite messages.

Macqueen’s screenplay, which takes its name from a light subplot about astronomy (a pivotal speech addresses the demise of stars and the oddly regenerating destiny of their scattered dust), is sometimes a little too assertive for its good. When Tusker says to Sam, “I want to be remembered for who I was, not who I am going to become,” there’s a feeling that the film doesn’t quite trust the viewer to sort this out on its own. Yet Tucci cleverly takes his foot off the stagey gas, enabling us to concentrate instead on Firth’s reaction: a combination of love, rage, rejection, and remorse, all filtered through an underlying dread of being alone, of facing life without the person he loves.

Watching Supernova, fans were reminded of one of the most popular Firth performances, which was in Marc Evans’s 2004 psychological thriller Trauma, a criminally neglected masterpiece that introduced Firth’s unique ability to communicate suppressed sorrow via little movements. Dick Pope’s beautiful photography brilliantly contrasts the expansive landscapes across which the camper van drives with the couple’s closeness, with starscapes bookending the action for poetic impact.